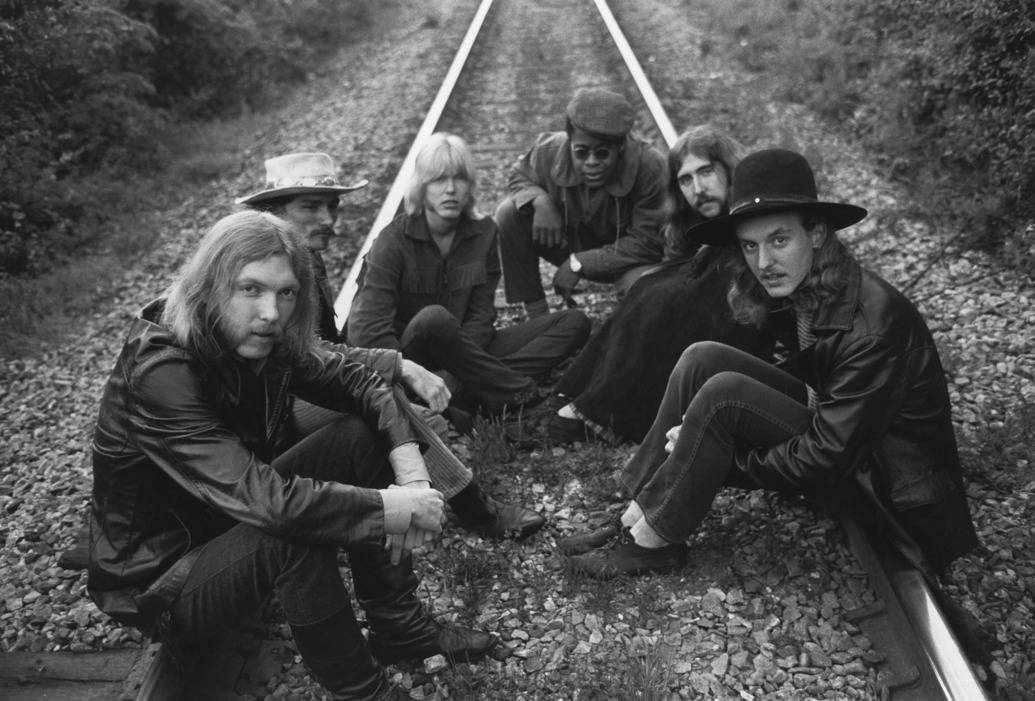 [dropcap]T[/dropcap]he Allman Brothers band, the Godfathers of Southern Rock, broke up in 1976, embroiled in a drug scandal and plagued with allegations of ties to the so-called Hillbilly Mob. The music group imploded in the mid-1970s amid a federal probe into the band’s narcotics activity, a probe that resulted in the high-profile criminal conviction of band-entourage leader John (Scooter) Herring on federal drug distribution charges, with rock legend Gregg Allman being the star witness at his trial and Allman needing around-the-clock security to protect him from an alleged murder contract placed on his head by a Georgia branch of the Dixie Mafia.

A grand jury convened 40 years ago this summer, generating massive media coverage and calling the entire Allman Brothers group and its management to testify, as well as several other Southern Rock luminaries and music industry executives. Faced with threats of indictment for his own drug-addled behavior, Gregg Allman made a deal with the government, receiving immunity for testifying at Herring’s trial in 1976. The rest of the band’s members (co-founders Dickey Betts, Butch Trucks and Jaimo Johanson alongside newcomers Chuck Leavell and Lamar Williams) were so upset with their group’s namesake for his decision to help the government in its quest to imprison the well-liked Herring, the Allman Brothers immediately broke-up.

The hulking 6-foot-7 Herring was Gregg Allman’s former bodyguard and personal road manager. He was sentenced to 75 years behind bars, but had the conviction tossed on appeal and after taking a plea was home by the end of the decade. Before joining up with the Allman Brothers, Herring was a mechanic reputed to be connected to more than one area outlaw biker gang and Georgia’s Dixie Mafia boss John (J.C.) Hawkins.

FBI documents related to his case claim Herring was J.C. Hawkins’ one-time bodyguard and driver. Hawkins was a feared cornbread crime lord, building a reputation as a no-nonsense racketeer who wasn’t afraid to order executions and dabbled in several pockets of the underworld .

The Dixie Mafia, sometimes referred to the Cornbread Mafia or Hillbilly Mob, was a loosely-fitting “catch-all” term for any non-Italian continuing criminal enterprise operating in America’s southern states in the 20th Century, some of which were tangentially tied together, others not.

Formed by siblings Gregg and Duane Allman in their home state of Florida, the Allman Brothers band moved its base of operations to Macon, Georgia in 1969 and signed with a local fledgling label, early Southern Rock-pioneer Capricorn Records. Putting out five platinum and 11 gold-selling albums, the group would go on to spearhead a movement in rock-and-roll in the deep south and be elected to the Rock-and-Roll Hall of Fame.

The trip to the top was no bed of roses. Death, drugs, despair, betrayal and repeated reconciliations would all be part of the band’s career-long puzzle and legacy.

Duane Allman was killed in a motorcycle accident in October 1971. Already a heroin addict, Greg Allman acquired a heavy cocaine habit while coping with his brother and bandmate’s untimely passing and dove head first into the tailor-made-for-the-tabloids romance with then-TV star and recording artist Cher (they were married for four years – 1975-1979, Cher would win an Oscar on the silver screen for her work in 1987’s Moonstruck).

Allman was introduced to Herring at a Macon bar in 1973 and the pair became fast friends. Herring quickly jumped on tour with the band and became their No.1 dope dealer. He also acted as Allman’s bodyguard and soon thereafter was coordinating tour schedules for both the Allman Brothers group and Greg’s side project, the Greg Allman Band.

Herring’s wholesale supplier was another Dixie Mafia associate named Joey Fuchs, who provided Herring with large quantities of cocaine, heroin and Demerol that Herring fed to the bands he helped manage. Fuchs, who often partied with and sometimes sold directly to Allman, was a licensed pharmacist and he was selling so much of his wears on the black market, he was forced to organize a fake burglary of the pharmacy he owned to account for all his missing stock. DEA documents from 1975 pegged Fuchs the main furnisher of narcotics to J.C. Hawkins and his Peach State Dixie Mafia faction.

The beginning of the end for Hawkins’ Hillbilly Mob organization and the original incarnation of the Allman Brothers band can each be traced back to a Georgia State Police investigation into political and city police corruption in Macon opened in April 1974.The inquiry uncovered links and pay-offs between Hawkins and politicians and law enforcement. However, that wasn’t all. It also revealed the connection between Hawkins and his Dixie Mafia gang and Herring and Fuchs and then in turn Herring and Fuchs’ tie-in to the Allman Brothers camp.

The FBI and DEA hoped by targeting Herring and Fuchs, they could get to Hawkins, their ultimate goal and soon-to-be prized head on their proverbial trophy wall. Both Herring and Fuchs were indicted and arrested on May 30, 1976. Herring was taken into custody at the Allman Brothers’ Macon office headquarters, Fuchs at his nearby home.

The first to flinch was Fuchs. He folded like a cheap suit, not hesitating for a second to play ball with the feds. He got a 10-year plea and agreed to testify in court and wear a wire.

Herring wouldn’t budge though. He refused to give up Fuchs, his bosses and pals in the Allman Brothers band or his former boss, J.C. Hawkins in the Dixie Mafia. So the FBI let Fuchs loose on his business contacts, sending him wired-up into meetings with Herring and Hawkins.

Scooter Herring’s refusal to turn against his “connect,” Fuchs or his close friend and Southern Rock icon Greg Allman, wasn’t reciprocated. Greg Allman and Fuchs were the star witnesses at Herring’s highly-publicized June 1976 trial. A RICO indictment against Hawkins was filed that same month.

The street was talking. Informants began telling the FBI that Hawkins wanted Allman and Fuchs dead and was offering $100,000 apiece to hit them before they could testify. Protected and watched 24-7 by federal agents, Allman took the stand in Herring’s trial for two days of riveting testimony. In between his first and second day of testimony, a Macon newspaper baring the headline, “Allman under heavy guard, death threats reported” made its way into court and back into the jury room, enough grounds for getting the conviction eventually thrown out two years later for a tainting of the jury pool.

J.C. Hawkins went to trial that fall and was convicted of an array of RICO predicates (arson, counterfeiting, running a car-theft and truck-hijacking ring, extortion, drug trafficking and insurance fraud). Although he didn’t wind up murdering Allman or Fuchs, Hawkins is believed to have had a lieutenant of his who he suspected of being a police informant killed: Dixie Mafia member Jimmy Reeves was shotgunned to death on May 27, 1974. In the days before the slaying, Hawkins was intercepted by a federal wiretap telling an associate of Reeves’, “That fink son of bitch won’t be around much longer.” The Reeves hit was allegedly carried out by Hawkins’ brother.

Following his release from prison in 1979, Scooter Herring went back into the music industry and managed a number of rock bands before he died of natural causes in 2007, including Allman Brothers offshoot Sea Level. Popular and gregarious,  rumor has it Jim Henson based his “Scooter” character in the Muppets TV show and movies on Herring after meeting him at a benefit concert in the 1970s prior to launching his innovative and hugely-successful children’s franchise.

The Allman Brothers reunited in a variety of formations in the coming years (1976, 1982, 1988). Gregg Allman, 67, today, portrayed an elusive and lethal Texas drug kingpin in the 1992 film Rush, co-starring Jason Patric, Jennifer Jason Leigh and Sam Elliott. He last released a solo album in 2011 and still regularly tours. His autobiography came out in 2012 where he spoke frankly about Herring’s 1976 drug trial, his personal battle with narcotics and choice to cooperate.