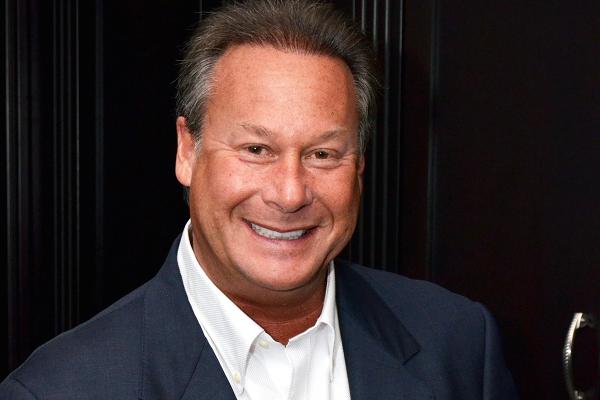 Before he ran a billion-dollar company, Detroit area businessman and reconstruction mogul Sheldon Yellen used to run with the mob, according to new revelations unveiled in the most-recent issue of Forbes Magazine. The handsome, high-energy, emotionally-charged 59-year old is the CEO of BELFOR property restoration, the leading disaster-recovery company in the world.

Interviewed by Forbes scribe Dan Alexander, Yellen admitted that he got his start in the business world working as a teenage juice salesman at the Southfield Athletic Club in the 1970s for deceased Detroit mafia associate Lenny Schultz, a diminutive and dapper labor consultant who died three and a half years ago, at the very least tangentially tied to a pair of notorious unsolved gangland slayings and one of Michigan’s most infamous Jewish organized crime figures of all-time.

“Mr. Schultz was good to me,” Yellen told Alexander for the piece. “I didn’t have a dad around. I’m not saying he was a surrogate father, but he took an interest in me.”

Yellen stressed in the Forbes piece (read here) that he never engaged in any illegal activity himself in his near-decade working at the club, an eight-year employment beginning cleaning the club’s bathrooms at 14 and concluding in his early 20s running a juice-concession stand stocked with frosty beverages from the famously mobbed-up Home Juice Company. The opportunity to run the concession stand came via Schultz’s connections.

Schultz owned and operated the Southfield Athletic Club, which was located on the first floor of a suburban office building just a little over two miles north of the Motor City and served as the day-to-day headquarters of legendary Detroit mob street boss Anthony (Tony Jack) Giacalone, the one-time owner of the franchise rights for the Home Juice Company in Michigan. The iconic and icy Giacalone was the face of the mafia in Michigan from the early 1960s until his death of kidney failure in 2001. Per Michigan State Police records, Schultz, known in mob circles as “Little Lenny,” “Left-Hand Lenny” or “Sports Club Lenny,” acted as Giacalone’s personal liaison to the local labor community, specifically slain former Teamsters president Jimmy Hoffa.

Giacalone and Schultz were scheduled to meet Hoffa for lunch in Bloomfield Hills, Michigan at the popular Red Fox restaurant, where the fiery Hoffa was last seen alive on the afternoon of July 30, 1975. His remains have never been unearthed. Hoffa was vigorously trying to reclaim the Teamsters presidency after a prison stint much to the mob’s dismay. Both Giacalone and Schultz ditched the meeting and were at the Southfield Athletic Club all day instead.

The year before Hoffa vanished, local Detroit businessman Harvey Leach disappeared on his way to a meeting with Giacalone and Schultz at Schultz’s Franklin Village, Michigan home to discuss the final details of the sale of Leach’s trendy furniture store chain to a Giacalone associate. Leach was found hogtied with his throat cut ear-to-ear in the trunk of his car the following morning, March 16, 1974, just hours prior to when he was supposed to be married at a lavish wedding.

According to FBI files, in late 1972 Schultz had brokered a loan from Giacalone to Leach to expand his Joshua Doore home-furnishing brand and Giacalone used the opportunity to buy in to the fledgling business as a means of “busting it out,” causing friction between the pair. Tony Giacalone was long considered the No. 1 suspect in the Leach and Hoffa murders, among many others. The FBI questioned Schultz in both homicide investigations too.

Giacalone and his baby brother and fellow mob capo Vito (Billy Jack) Giacalone allegedly won the Home Juice Company’s Michigan distributorship in a dice game. Prior to moving his daily headquarters to the Southfield Athletic Club in the 1970s, Tony Jack worked out of the Home Juice Company’s Detroit offices on the city’s eastside. Billy Giacalone, also considered a suspect in the Hoffa and Leach homicides, died of natural causes in 2012.

Lenny Schultz, who died in 2013 at the ripe old age of 95 while in retirement in Florida, traced his underworld roots all the way back to the historic Purple Gang, Detroit’s world-famous all-Jewish mob of the Prohibition era. Groomed by Purple Gang lieutenants Abe (Abie the Agent) Zussman and Joseph (Monkey Joe) Holtzman in the 1930s and 40s, Schultz close relationship with the Giacalone brothers bolstered his status on the street, especially in the wake of the dissolving of the last remnants of the Purples in the 1950s and as the Giacalones rapidly ascended up the ladder of the local mafia thereafter. His last time behind bars was in the 1980s when he was convicted in a cocaine-trafficking conspiracy in 1987 and did three years in prison.

The Southfield Athletic Club has been shuttered for two decades. Today, the Fox Sports Detroit television studio resides in the office building where it stood.

Yellen is reportedly well liked in the business world. An episode of the CBS reality-television show Undercover Boss Yellen appeared on in 2011 was nominated for an Emmy. He appeared on the show again in 2013.