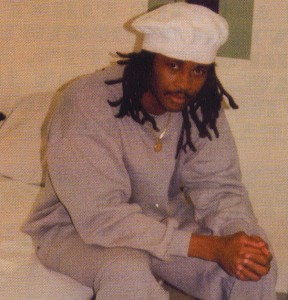 Wayne “Silk” Perry is the most infamous gangster to ever walk the streets of Washington D.C. aka Drama City. He’s been called the Michael Jordan of the murder game. A professional head hitter and alleged killer. The streets hold a definite respect, a curious awe and a healthy amount of fear for the man they called Silk. “Wayne was one of those niggas that lived by the code, but played by his own rules.” Says E, a gangsta who came up under Silk. In the Chocolate City it was by any means necessary and Silk took this attitude to new extremes with his boldness in the face of adversity and challenges. Nobody was off limits to Silk and nothing was undoable. According to police, Silk was legendary for his willingness to kill at will- in broad daylight, up close and personal, in front of the police- it didn’t matter if you were on his hit list you could be killed anywhere in front of anyone. There was nowhere to hide, it’s alleged that Silk would lay in wait for his prey all night until he got his opportunity to strike. Murder, robbery, drug dealing and extortion were said to be his business and he took it seriously. He prided himself as a man that could put his mind to whatever he wanted, as he conquered all aspects of the game.

Wayne Perry is the man who protected self-proclaimed Harlem drug lord and notorious snitch Alberto “Alpo” Martinez. Working as an enforcer for the so-called Martinez organization, a powerful DC-based drug ring, Silk acted as bodyguard and hitman for Alpo, who after he was apprehended by the law and arrested snitched on his too loyal right hand man, Wayne and countless others. But Silk didn’t get down like that. He took his on the chin and kept on fighting. He held true to the code of the streets that spawned him. He’s gone down in infamy, as one of the top soldiers from the Murder Capital. A true warrior and hustler who lives by the creed of death before dishonor. The Washington Post called him one of the District’s most heinous murderers, and almost fifteen years after his rise, the streets are still talking about him.

“Wayne was so smooth with that murder shit that when he first started killing for money in the city niggas didn’t even know who was knockin’ them heads. Niggas was talking about it was a hit man in town from Detroit somewhere,” a dude from the era says. And as Silk’s name took on the eminence of his actions, he quickly became one of the most feared dudes in the city. “Some niggas used to try to feed slim to keep him off they ass.” Manny says. “Rayful Edmond used to try to drop loads of shit down 203, but Wayne used to be like, ‘Nah, I’m cool. I don’t want nothing from you.’ He wanted to make his own way. He had a game plan.” It was said that when Wayne was on the streets, certain hustlers wouldn’t even drive nice cars because they didn’t want Wayne to think they were getting money. And weak dudes or those that were punks weren’t supposed to have shit as far as Wayne was concerned. Eighty percent of the dudes that fucked with him back then did so out of fear. When he started taking money for hits nobody was safe. If the price was right and the joker wasn’t in Wayne’s circle he had no problem killing them. There are stories of Silk sleeping in the yards of dudes that had money on their heads until he could get them. “I don’t play that across the street shit,” Wayne says. “I walk right up and put seven in the head like it ain’t shit.” The fear that he put in the hearts of some people was like no other.