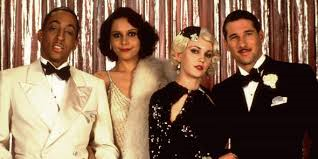 The financing for the 1984 Francis Ford Coppola film and notorious box-office bomb, “The Cotton Club,” starring actors, Richard Gere and Nicolas Cage, had a distinct real-life gangland flavor to it.

The movie’s first financial backer, Roy Radin, was murdered execution-style before the production of the project ever got off the ground. The primary financiers that came in to the picture after Radin’s death and contributed the majority of the movie’s 60-million-dollar budget were the allegedly mob-connected Doumani brothers, hotel and casino owners and real estate investors from Las Vegas.

Meanwhile, the flick’s producer, former Paramount Pictures studio chief and legendary Hollywood playboy Robert Evans had just come off a headline-grabbing drug bust in 1980 for trying to arrange a large purchase of cocaine. Evans, candid regarding his coke addiction in the early 1980s, was known for producing cinema classics such as The Godfather, Chinatown, Rosemary’s Baby, Serpico and Love Story, among others. 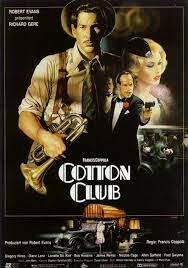 The idea for a Cotton Club movie was conceived in 1982, built around the famous Prohibition Era Harlem jazz club owned by New York gangster Owney (The Killer) Madden and frequented by all the top celebrities and East Coast mob elite of the day. Right off the bat, things seemed to be headed in the direction of a blockbuster in the mold of The Godfather (Oscar-winner) a dozen years earlier. Evans and the entire ‘Godfather team’ of him as producer, Coppola as director and Mario Puzo as the scribe (with credit to Coppola and William Kennedy as well) decided to give it one more go together and all committed to being part of the project.

Since Evans was no longer at Paramount, he needed to procure independent investment capital to finance production. Evans thought he found it when he was introduced to Roy Radin, a multi-millionaire traveling variety show and concert promoter from New York eager to get into the movie biz, by his then-drug dealer girlfriend, Karen (Lanie Jacobs) Greenberger, who was supplying both him and Radin with cocaine.

Radin and Evans agreed in principle to create a production company and go 50-50 partners in making the Cotton Club film. After executing the agreement however before the beginning of production on the movie, Radin was killed on orders of Jacobs over her belief that Radin was squeezing her out of a deal she felt she had set-up in the first place and that he had masterminded a cash-coke rip-off from a safe in her Sherman Oaks home.

Reportedly using Evans as a mediator, Jacobs and the rotund Radin, had a meeting at Evans’ Manhattan townhouse in April 1983, that degenerated into a screaming match, according to court records. With Jacobs departing in tears, Radin was living on borrowed time.

Feigning an interest in patching up their differences, Jacobs invited Radin to a conciliatory meal at the posh La Scala restaurant in Beverly Hills in order to bury the hatchet between them three and a half weeks later. Jacobs and Lowe picked Radin up in Jacobs’ trademark limosuine at the Hollywood Regency Hotel, where he was staying in a penthouse suite, on the evening of May 13 and drove towards La Scala before stopping and scooping up the weapon-wielding Mentzer, Jacobs’ lover at the time, and Marti. Dropping Jacobs off on Sunset Boulevard, the trio of assassins took Radin to a desolate section of Gorman, California and pumped a dozen bullets into him.

Although the L.A. police investigators had a good idea the kind of people Radin was running with and what might have led to his murder, the case quickly went cold. Innuendo and conjecture can’t make charges stick.

Almost five years later Larry Flynt’s brother-in-law and head of security, Billy Rider, came forward and told L.A. PD detectives that he heard Mentzer and Marti bragging about murdering Radin during a late-night poker game at Flynt’s Hustler Mansion. He agreed to wear a wire. That was the big break the cops needed.

In October 1988, Jacobs, Mentzer, Marti and Lowe were all arrested for Radin’s slaying, convicted at a lengthy trial that started in the fall of 1990 and lasted until the spring of 1991 (Jacobs and Lowe were nailed on kidnapping and second-degree murder charges and Mentzer and Marti were slammed with twin first-degree homicide beefs).

Evans never faced charges in the case and pled the fifth when called to testify at a pretrial hearing. Testifying in her own defense at her trial, Jacobs absolved Evans of having any knowledge of the incident. Lowe, Jacobs’ limo driver on the night of the murder, implicated Evans in being aware of the hit and Jacobs’ intentions and detectives found a record of a call placed from Jacobs to Evans in the hours after Radin was bumped off.

Jacobs, 66, ran in some pretty heavy duty circles in the drug world throughout her heyday on the street. Her boyfriend throughout the 1970s was Caribbean drug lord Milano Bellachasses and the pairing produced a son. After dating Evans and Mentzer, Jacobs married Florida “kilo dealer” Larry Greenberger, one of Colombian narco baron Carlos Lehder’s top smuggling lieutenants in the United States. Greenberger popped up dead under suspicious circumstances on September 14, 1988, a month preceding her indictment in the Radin case.

Radin’s execution spooked Evans, according to court documents and federal law enforcement files, leading him to believe that he would be killed next to keep him from spilling what he knew, and resulted in him running into the warm embrace and protection of Eddie and Freddie Doumani, two brothers with alleged ties to mob figures in Chicago and Kansas City.

Behind the Doumanis’ money was some heavy muscle – per FBI records, informants in the Las Vegas underworld told the Bureau that a portion of that $50 mil investment was held by Anthony (Tony the Ant) Spilotro, the Chicago mob’s crew chief on the Vegas Strip, and his Goomba buddy, Nevada wiseguy, Joey Cusumano. Both Spilotro and Cusumano were alleged to have been on-set during production of The Cotton Club and Spilotro is alleged to have gotten into some form of physical confrontation with one of the associate producers, according to The Ant’s Las Vegas Police file.

Spilotro, small, power-obsessed and developing into quite the loose cannon unchecked by his Chicago mob superiors all alone in the desert, was brutally slain in June 1986 for his insubordinate behavior, stomped and strangled to death with his younger brother and protégé Michael in an Illinois basement. Cusumano, 79, was convicted of racketeering in 1987 stemming from his activity working under Tony the Ant and survived an attempt on his life, sustaining multiple gunshot wounds to his right arm and shoulder as he was returning home to his suburban Las Vegas home months after he was released from prison in 1990.

Following a troubled production of ballooning costs and a deluge of script rewrites, The Cotton Club was finally released to theatres on Christmas Eve 1984 to positive reviews, but disappointing profits. The near $60-million dollar gangster movie-musical hybrid brought in roughly $25 million in box-office receipts.

Co-Starring next to Gere (the film’s male lead) and Cage (cast as a character based on Vincent “Mad Dog” Coll) was beautiful starlet Diane Lane as the film’s female lead, Bob Hoskins as Cotton Club-owner Owney Madden, James Remar as Jewish mobster Dutch Schultz and Lawrence Fishburne as a character based on African-American numbers kingpin Ellsworth (Bumpy) Johnson (a role he would reprise in 1997’s “Hoodlum”).

Slipping away from the Cotton Club fiasco unscathed, Evans, now 84, continued producing movies in Hollywood for another two decades. He retired in 2003, his final project being the hit romantic comedy How To Lose A Guy In 10 Days starring Matthew McConaughey and Kate Hudson ($50 million budget, $180 Million return).