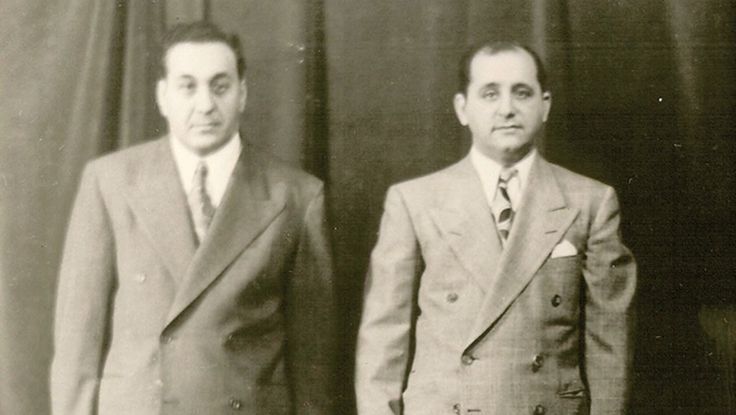 Starting in the 1940s, the Chicago mafia staged a takeover of the area’s mostly African-American numbers lottery, an illegal operation spread mainly across the Windy City’s Southside and Westside and by later in the decade a 20-million dollar-a-year business. Violence, primarily stemming from the ensuing tensions between local Italian and Black crime syndicates, raged until 1952. The Outfit tapped future mob boss Sam (Momo) Giancana to head the takeover, an idea he himself hatched after learning about the lucrative policy racket while in federal prison in Terre Haute, Indiana from fellow inmate Eddie (The King) Jones, Chicago’s longtime-ruler of the numbers business on the Southside. As a reward for the successful endeavor, Giancana is named Godfather.

May 11, 1946 – Windy City numbers kingpin Eddie (The King) Jones is kidnapped by Outfit soldiers and held hostage for week. He’s eventually turned over to his brothers and right-hand men George and Mac in exchange for $100,000 in ransom. On counsel from Giancana personally, Jones retires to Mexico. Jones’ replacement as the top dog in the Southside Chicago policy trade, Theodore (Tough Teddy) Roe assumes the reins, promptly refusing to yield to Giancana’s demands and declaring war on the mafia.

April 28, 1947 – Cesar Benvenuti, Leo’s brother and partner in the numbers business, has his house bombed. Outfit hit man and Chicago Heights crew mob soldier James (Jimmy the Bomber) Cataura is questioned by authorities in the bombings of both the Benvenuti brothers. The Benvenutis’ policy operation ends up in the hands of Outfit lieutenants loyal to Chicago mafia overlord Tony (The Big Tuna) Accardo.

June 19, 1948 – Gary, Indiana policy boss Louis (Buddy) Hutchen is shot and killed for attempting a takeover of Winston Howard’s numbers business on the Southside of Chicago.

September 30, 1949 – African-American hoodlum Winston Howard is killed in the bar at the Pershing Hotel by his partner in the policy racket, Charles Cole.

November 15, 1950 – Big Jim Martin is shot as he sat behind the wheel of his Cadillac by a passing car. Rising Chicago mafia power John (Jackie the Lackey) Cerone was the alleged triggerman in the attack which causes Martin to flee the city and retire.

June 19, 1951 – Chicago mafia soldier Leonard (Fat Lenny) Caifano, Sam Giancana’s boyhood pal and bodyguard, is killed by Teddy Roe’s gang. Caifano was pulled over in his car by Roe’s bodyguards, who were both police offers, and shotgunned to death at point-blank range.