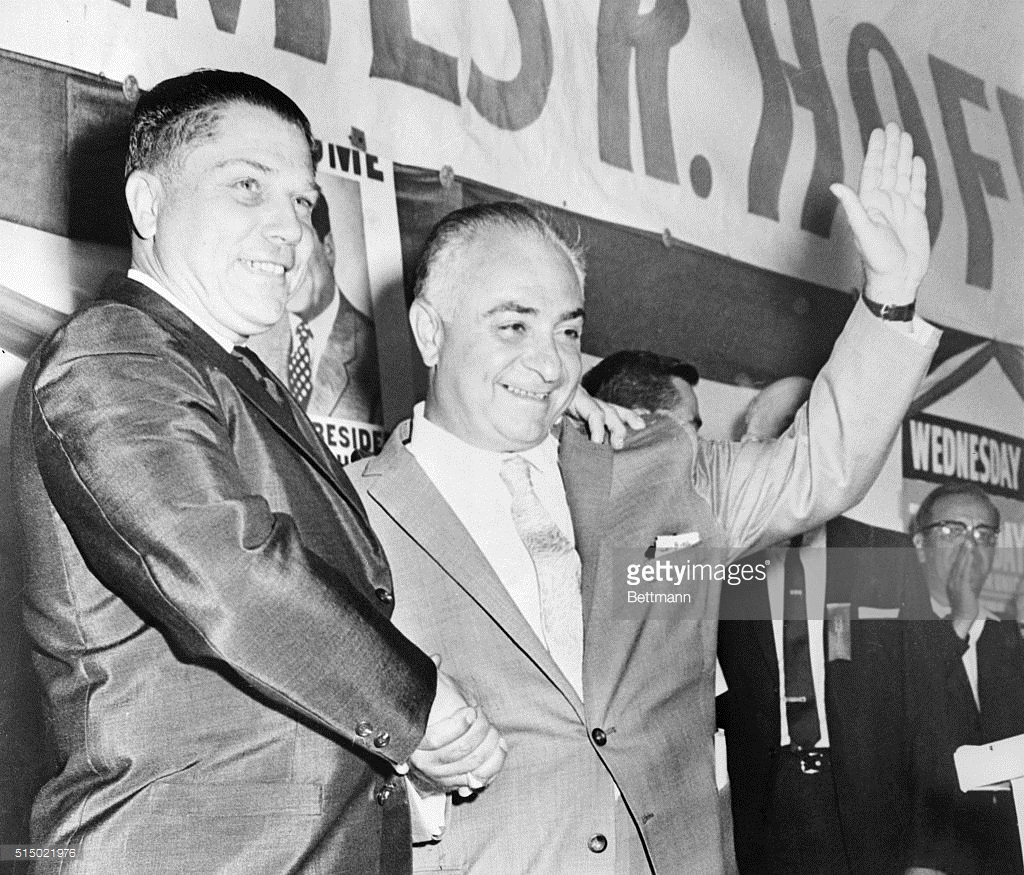 Glimco was a confidant of Hoffa’s and ran the Teamsters in the Windy City in the 1950s and 1960s from Local 777. He died of natural causes in 1991, having long shelved from his duties in the mafia. Hoffa was famously grilled by then-U.S. Senator Robert F. Kennedy on his ties to Glimco in the nationally-televised McClellan Committee Hearings of the late 1950s.

Groomed in the Midwest underworld by Louis (Little New York) Campagna, a trusted henchmen of Al Capone himself, Glimco was a brother-in-law of esteemed Illinois wiseguy Gus (Slim) Alex and suspected of ordering the infamous 1954 gangland slaying of fellow Chicago hoodlum Charlie (Cherry Nose) Gioe. Glimco and Gioe were feuding over a labor-union dispute related to the construction of a Howard Johnson’s motel and restaurant. Gioe and Campagna were close associates, arrested and sent to prison together in the Hollywood extortion scheme of the 1940s.

Dietl busted mobsters as a New York Police Department detective before retiring and opening a private investigation firm. He can often be seen as a guest on The Fox News Channel giving his opinion on matters of law and order. More recently, he’s been featured in a series of television commercials for the fast-food chain Arby’s.

The highly-anticipated 125 million dollar budgeted “Irishman” film starring a cavalcade of iconic actors is currently shooting in New York, New Jersey and Delaware and will be released by Netflix in late 2018 or early 2019. Al Pacino is playing Hoffa, kidnapped from a suburban Detroit restaurant parking lot and killed in the summer of 1975 due to a beef with the mob over control of the mammoth Teamsters union and Robert DeNiro will be playing Sheeran, the man who dubiously claimed to have shot him to death (the FBI and most experts refute the assertion).

The Irishman is based on author Charlie Brandt’s 2004 best-selling book, I Heard You Paint Houses, which was a Sheeran biography and served as his dying confession to the notoriously unsolved crime. Sheeran ran a Teamsters branch in Delaware and died in December 2003, just months prior to Brandt’s book being released.