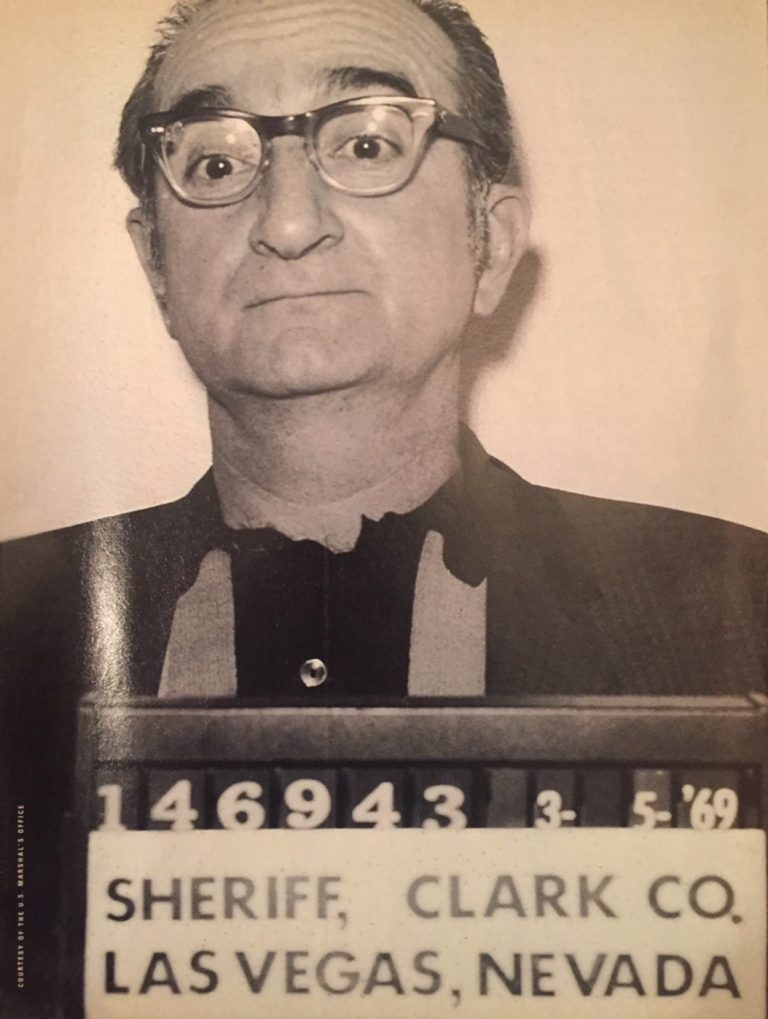 June 6, 2021 – Baltimore Jewish mob boss Julius (The Lord) Salsbury lived as a free man for a quarter century outside the United States as a fugitive from justice, finally dying in Israel in 1994 of bone cancer at the age of 83, according to breaking media reports out of Maryland.

In the 1940s, 50s and 60s, Salsbury ran the city’s rackets from his Oasis Cabaret Lounge on the “Block” in Baltimore’s red-light district. The city’s Italian Mafiosi, mostly connected to New York’s Gambino crime family, deferred to him in the Maryland mob pecking order during his heyday.

Fifty years following her father fleeing the U.S. on the verge of being sent to prison for tax evasion, Salsbury’s daughter Rochelle confirmed for the Baltimore Sun over the weekend that the underworld aristocrat known by all in organized crime across America as The Lord, successfully eluded the feds for 24 years, shuffling between Tel Aviv and Montreal. While residing in a seaside town outside Tel Aviv, Salsbury owned a cafe and gift shop inside a local hotel.

Salsbury was one of the country’s most powerful non-Italian mob figures and as politically juiced-in as anyone on the East Coast at the peak of his reign. His graft in city hall, the Baltimore Police Department and Maryland judicial system in general became a thing of legend and created his mythic status in area gangland circles. Per FBI reports, he had virtually the entire city in his back pocket and avoided arrest on countless occasions due to his inroads with the city’s cops and jud

Salsbury mentored future Baltimore kingpin “Little Melvin” Williams, the inspiration for the Avon Barksdale character on the critically-acclaimed HBO crime drama The Wire. Williams looked after Salsbury’s numbers business in the African-American sector of the city. Salsbury himself was the basis of Joe Mantegna’s Jewish policy boss, burlesque theatre-owner and family man in the film Liberty Heights.

The feds were relentless in their pursuit of Salsbury in the 1960s. He did nearly a year in the penitentiary for tax evasion in 1963. In 1969, he was nailed on Travel Act charges (interstate transport of illicit funds) and smacked with a daunting 15-year federal prison sentence.

Just a day prior to the U.S. Court of Appeals issuing a ruling upholding his conviction and demanding he report to prison to begin serving his decade-and-a-half term, Salsbury bolted his swanky Horizon House and vanished into thin air. The U.S. Marshals hunted him vigorously throughout the subsequent years, tracking him around the globe, but never hit pay dirt in apprehending him.

Salsbury was eyed by the feds for playing a role in more than one gangland slaying, however never faced a homicide charge in his entire mob career. One of those murders The Lord may have ordered was the 1961 bump-off job of local Italian racketeer Edward (Eddie Burns) Castranda, shot to death behind the wheel of his car in the parking lot of the Dixie Diner. The murder was allegedly carried by one of Salsbury’s primary enforcers Ben (Hitty) Wildstein. Although indicted for the crime, Wildstein and the Pererra brothers (Angelo & Orlando) had the charges against them dropped before they reached trial.