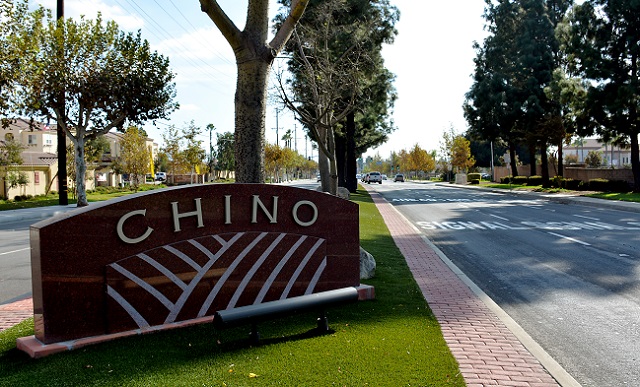 April 27, 2022 — Police arrested the reputed La Eme hit man allegedly responsible for the 2021 murder of former Mexican Mafia soldier Donnie (Lil’ Man) Ortiz earlier this month in Las Vegas. Cesar Palomino, 49, was taken into custody without incident on April 3, indicted for first-degree homicide in a slaying, authorities and experts say, was more than two and half decades in the making.

The 59-year old Ortiz was shot to death on a Chino, California street corner in the late afternoon of November 19. He was booted out of the Mexican Mafia in the 1990s following a costly lie and allegations of theft that upset his mentor in La Eme, Daniel (Buddy) Grajeda, according to DEA documents. Palomino, believed to be a part of a East L.A. La Eme set, is not fighting extradition back to California to face the case.

“Lil’ Man” Ortiz came up in La Eme as part of the Whittier Varrio Locos and had an arrest record that dated all the way back to when he was just 11. In 1981, he was convicted on a manslaughter charge. While serving time on a parole violation in 1986 at the L.A. County Jail, he allegedly “made his bones” by killing Northeast L.A. Mexican Mafia lieutenant Danny (Kojack) Deavilla with a butcher’s knife stolen from the jail’s mess hall. But the authenticity of the hit was always in question.

Nonetheless, Lil’ Man Ortiz rose to be the Mexican Mafia’s crew boss in his hometown of Whittier, California. During his run on the streets in the early-to-mid 1990s, federal authorities believe he ordered or carried out at least three gangland murders.

Ortiz officially fell out of favor with his bosses in La Eme in 1995 and in a meeting of Mexican Mafia shot callers in a motel room in the San Gabriel Valley, the organization booted Lil’ Man from La Eme and placed a contract on his head, per FBI records. Some in the Mexican Mafia were convinced Lil’ Man Ortiz took credit for Kojack Deavilla’s slaying without having committed it. They claimed court documents backed their cause; in the murder case eventually brought in the Deavilla hit, another La Eme member, Tommy (Lil’ Man) Moreno of the Echo Park clique pleaded guilty to first-degree homicide and Lil’ Man Ortiz only copped a plea to ac

Ortiz’s La Eme sponsor Buddy Grajeda reportedly felt betrayed by Ortiz’s actions and signed off on the ’95 contract on his life. Grajeda also accused Ortiz of stealing a car, guns and cash from him.

But, despite a number of attempts and plots, La Eme continually failed to kill Lil Man Ortiz. And he continually refused to cooperate against the Mexican Mafia bosses that wanted him dead.

Ortiz was caught stealing a car in a police sting and did 13 years in prison. He was released from behind bars in 2019 and moved into an apartment off Philadelphia Avenue in Chino. In 2020, he was arrested on a charge of drunk and disorderly conduct.

The L.A. Times detailed Lil’ Man Ortiz’s rise and fall last December in a front-page story. Tommy Moreno changed his nickname from Lil’ Man to “T-Bone” in the aftermath of the confusion surrounding credit for the Kojack Deavilla murder and just testified in the defense of a fellow La Eme member Jose (The Pumpkin) Loza in his murder and racketeering trial last year.

Loza, who was one of Lil’ Man Ortiz’s successors as the La Eme crew skipper in Whittier, was found guilty in the case dubbed “Operation Frog Legs” and sentenced to life in federal prison. As part of the case, Loza was convicted in the 2016 slaying of Dominick (Solo) Gonzales, an upstart La Eme lieutenant attempting a takeover of the San Fernando Valley.

According to FBI informant documents, Loza, 43, was one of the Mexican Mafia shot callers actively pursuing the murder contract on Ortiz’s head. He shot Gonzales to death inside a San Gabriel Valley tavern. At trial, Loza asserted self-defense, but the jury didn’t buy it.