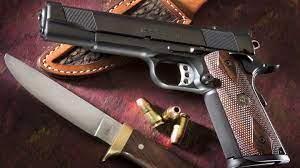 October 23, 2021 – Joey Electric was a lit fuse when Philadelphia mob associate Johnny Payne got scammed in a drug deal for $16,000 four and a half years ago. According to court documents, in April 2017, Philly mob soldier Joseph (Joey Electric) Servidio became so incensed by the incident, he stuck a gun to Payne’s head and a knife to the throat of his partner in the ordeal, Victor Deluca, inside the Broadway Theatrical Club, which back at that time served as the headquarters of the Bruno-Scarfo crime family’s underboss, Steven (Handsome Stevie) Mazzone.

The pair of mob aspirants were so ashamed by the rip-off, they sought to make amends to Servidio by killing the person responsible for selling them rock salt disguised as meth. The feds stopped the revenge hit before it could be carried out.

Payne, 35, has been dubbed the, “Lost Defendant,” in the high profile November 2020 racketeering and drug case that netted the feds Mazzone and others in the Philly mafia. The 59-year old Mazzone and his nephew, reputed 42-year old mob capo, Domenic (Baby Dom) Grande, are the lead defendants in the bust. Both Mazzone and Grande have pleaded not guilty in the case and await trial from home conf

Servidio, 61, was popped in the spring of 2018 for pushing pills, cocaine, marijuana, heroin and crystal meth. Back in 2006, he was convicted in another drug case and did five years in the can. Besides owning a contracting business for home renovations, the FBI says Joey Electric serves in the North Jersey wing of the Bruno-Scarfo crime family under reputed Jersey capo Joseph (Joe Scoops) Licata.

Joey Electric was blunt in discussing what he actually does for a living in recordings made by the FBI throughout the course of the investigation.

“I’m a criminal, everything I do is criminal,” he said. “Ninety percent of my remodeling work is for free, for friends and family…..I need 250k cash in my pocket every year just to break even. I got to put the cash somewhere, I have to be able to show (legitimate) income….Last year, I robbed an armored car just to get even. There’s nothing better than making money (illegally), I do it every day. Who wants to do this other shit?”