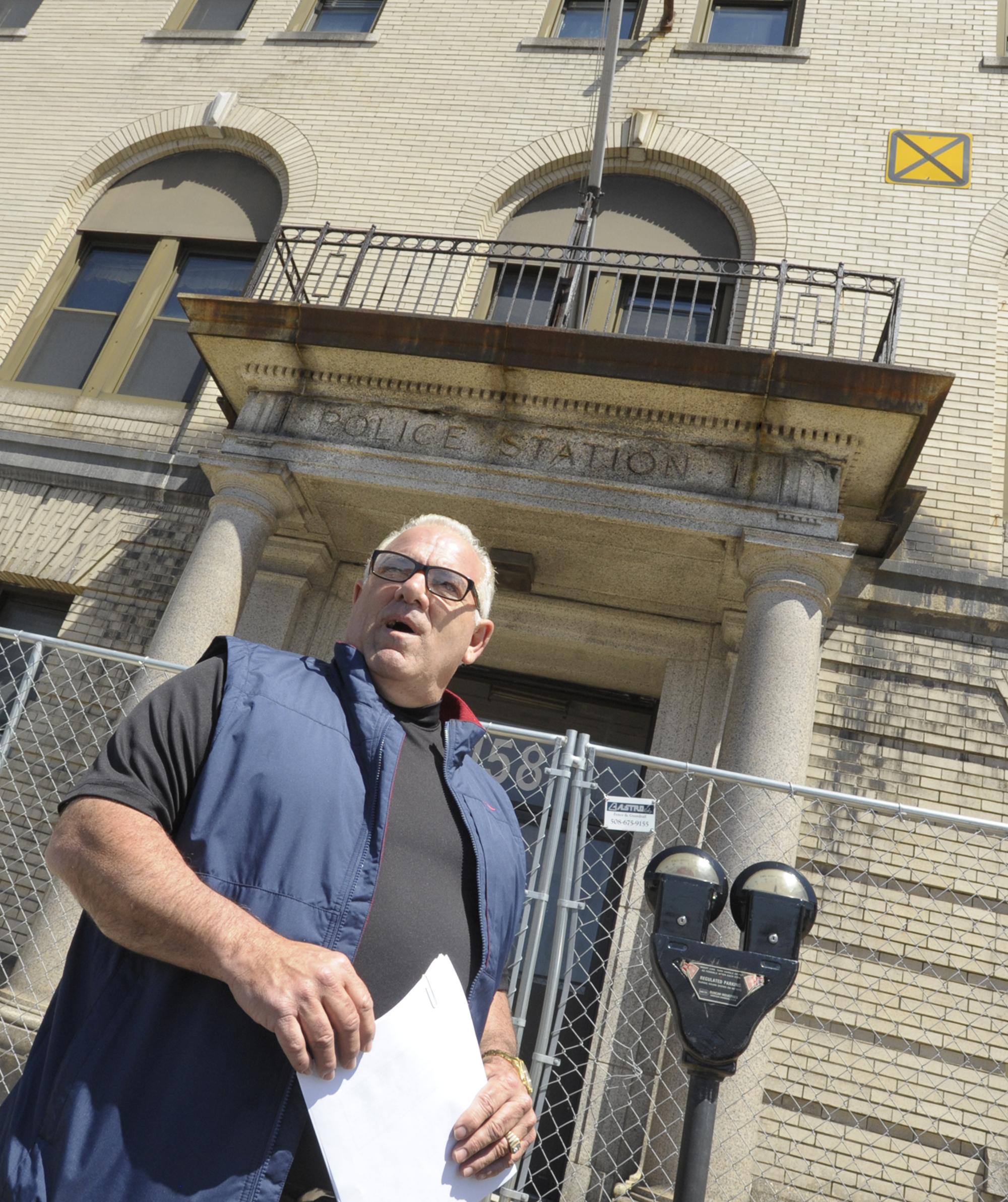 Exclusive Gangster Report sources are saying that reputed New England mob figure Joe Ruggiero was recently upped to captain status. According to these sources, the stocky, ambitious 65-year old Ruggiero, who hails from the Rhode Island wing of the Patriarca crime family, assumed command of the crew once led by William (Billy Blackjack) Delsanto at some point in the last year. Delsanto, 72, reportedly asked out of his capo post to go into semi-retirement. (see editor’s note at the bottom of this article)

Ruggiero, a successful legitimate businessman, has never been convicted of a felony, but is linked to retired syndicate don Luigi (Baby Shacks) Manocchio and was frequently observed by FBI surveillance units in the presence of Manocchio’s predecessor Boston-based Francis (Cadillac Frank) Salemme and Salemme’s main Rhode Island lieutenant Robert (Bobby Cigars) DeLuca. FBI agents followed Ruggiero and Baby Shacks Manocchio on a trip to Italy in the late 2000s where they scouted potential real estate buys. Salemme and DeLuca became informants. DeLuca was an underboss on two separate occasions: first to Cadillac Frank and then to Manocchio.

The Patriarca mob clan is traditionally split between Boston and Providence. Manocchio, 87, stepped down from his perch atop the crime family in 2009 passing the reins to his consigliere Peter (The Crazy Horse) Limone, the syndicate’s alleged current boss and a man that did more than 30 years behind bars for a murder he didn’t commit and received a gigantic monetary settlement from the government as a result. Baby Shacks just got out of prison after serving four years on a conviction for extorting Rhode Island strip clubs.

Some of those busted alongside Manocchio in the shakedown scam are barred from associating with Ruggiero due to court-imposed parole restrictions – it’s unclear whether Baby Shacks can spend time with him or not. Manocchio was living in Florida when he was indicted in 2011.

An Internal law enforcement memo passed between the Massachusetts and Rhode Island State Police Departments around 2005 allege in the late 1990s Joe Ruggiero was assigned by Manocchio to infiltrate the rackets in Fall River, a city notorious for bitterly fighting mob takeover attempts. It was a slow process, but it eventually bore fruit, per sources, at least in some regard. The memo states Ruggiero resided solely in Barrington, Rhode Island until the early 2000s when he purchased a part-time residence in the hardscrabble mill town of Fall River located between Providence and Boston, and opened up a bar and grille. By the start of the 2010s, he had positioned himself as an ally of city hall and the Mayor’s office.

In 2012, Ruggiero purchased the Fall River Ford automobile dealership on five acres of land in the city’s South End neighborhood for over three million bucks and was elected to the city’s Board of Economic Development almost immediately. His ingratiating himself with Fall River Mayor William Flannigan raised eyebrows. Flannigan kept company with Ruggiero in social situations and publically championed him as a key to the city’s economic future.

Besides lauding his newfound pal’s buying of the South End Ford dealership, Flannigan urged him to purchase the city’s abandoned Bedford Street Police Station property and turn it into a parking garage, which he tried to do however ultimately failed to close a deal for. Last December, Flannigan, in the midst of his third term, was ousted from office in a recall election spurred by angry citizens. His cavorting with Ruggiero obviously didn’t help his image with his constituents. Either did direct accusations of thuggery on his own behalf – a city employee claimed Flannigan pulled a gun and threatened in him in an argument.

Unlike Flannigan, not everyone was thrilled with Ruggiero’s arrival in Fall River. When he first started hanging around town in the 1990s, replacing the New England mob’s prior rep in the area, Gerard (The Frenchman) Ouimette,who was sent to prison for life on the “3 strikes” law, Ruggiero butted heads with local crime boss Timothy (Timmy the Bat) Mello, a freelance racketeer, with a loose connection to the Patriarca syndicate. Out on a routine surveillance mission, a pair of FBI agents watched Mello and Ruggiero got into a shouting match and had to be separated at a Fall River Police Athletic League boxing match in 1999.

Ouimette encountered similar strife in dealing with Mello years earlier. Upon Ouimette showing up in Fall River in the early 1990s, two local hoodlums showed up dead: in 1994, both Louis (Miami Beach Louie) Alexander and Joseph (Joe the Animal) Savitch disappeared, their bodies not found until three years later. Alexander mentored Timmy Mello in the rackets, per state police files related to Mello. The 58-year old Timmy the Bat walked free from a prison term for racketeering in 2011.

Billy Delsanto, the man Ruggiero stepped in for as skipper, wanted to spend more time in Florida and unload his day-to-day responsibility in the crime family, according to sources, and the return to Providence of fellow syndicate administrator Matthew (Good Looking Matty) Guglielmetti last year after nearly a decade behind bars on a drug dealing and racketeering conviction, prompted him to seek permission to step down. Guglielmetti is a capo.

Delsanto is a former city of Providence employee and associate of disgraced Mayor Buddy Cianci (incarcerated in 2002 via a RICO case he took while in the midst of his second stint in office). He once ran with the infamous Acorn Social Club crew and remains a suspect in the unsolved 1976 murder of New England mob crony Johnny Carr along with Acorn Social Club proprietor and legendary Providence wiseguy Frank (Bobo) Marrapese, currently imprisoned, and others. The Acorn Social Club was located in the heart of Federal Hill, Providence’s Little Italy neighborhood.

Carr was allegedly set-up to be killed by then syndicate capo Raymond (Ray Rubber Lips) Patriarca, Jr. the soon-to-be heir apparent to his father, crime family namesake Raymond Patriarca, sr. (d. 1984) and Patriarca Jr.’s driver and bodyguard Nino Cucinotta, who eventually turned government witness. On Patriarca Jr.’s instructions, Cucinotta told Carr to go to a mob sitdown at a Providence restaurant where he was slain, according to what Cucinotta testified to in front of a grand jury. Patriarca, Jr. retired from the mob over two decades ago and today sells real estate.

Editor’s Note: Some are claiming Ruggiero didn’t take over Billy Delsanto’s spot, but someone else’s – Delsanto is allegedly ailing from a prior stroke and gave up his administrations spot in the Patriarca crime family a few years ago