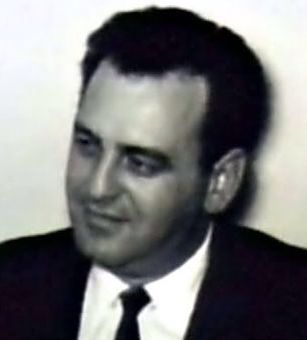 December 24, 2021 — One-time Youngstown mob crew boss Ronnie (The Crab) Carabbia died this week at 92. He had been out of prison and the crime game for the past 20 years.

In the 1970s, Carabbia looked after the Cleveland mafia’s interests in the Mahoning Valley, flanked by his two brothers, “Charlie the Crab” and “Orlie the Crab.” After Ronnie Carabbia went to prison for taking part in the 1977 assassination of Cleveland’s Irish mob boss, Danny (The Irishman) Greene, his brother Charlie upset the mafia in Pittsburgh and went missing in 1980 never to be seen or heard from again. Ronnie the Crab was released from prison in 2002 and retired from a now barren Youngstown mob scene.<

However, back in the day, Youngstown was a hotbed of Midwest mob rackets and valued territory shared by mafia crime families in Cleveland and Pittsburgh. The two factions went to war in the 1960s and then again in the late 1970s. At the same time of the latter strife, mafia leaders in Cleveland were forced to deal with the rise of the formidable and fearless Danny Greene, who along with his Celtic Club Irish mob challenged the Scalish crime family for power.

“Orlie the Crab” died back in April at 93 years old. The Pittsburgh mob’s final crew boss in Youngstown, Lenny Strollo, passed away at 90 in May. Strollo’s cooperation in the late 1990s put a stake through the heart of traditional organized crime in the Mahoning Valley. Today, the Pittsburgh mob is defunct and the Cleveland mafia is on its last legs, significantly reduced in size and scope and barely hanging on to functionality.

The Carabbia brothers headquarters was the Mahoning Valley’s Crown Vending Company. Ronnie the Crab served honorably in the U.S. Marines and was deployed to China during his “Semper Fi” days.