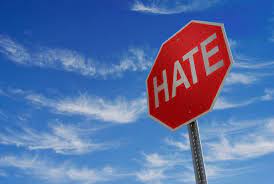 December 29, 2021 — A 2015 murder rampage put the Gangster Disciples’ H.A.T.E. Committee into the headlines for the first time and on the map with authorities. Well, before the masses new of the vicious drug crew’s run-in with hip-hop mogul “Ricky Rozay.”

In the summer of 2015, H.A.T.E. Committee members Joseph (Little Joe) Broxton and Daniel (Island Danny) Pena killed three people and wounded a number of others over a month-long period throughout Stone Mountain, Georgia. The pair were found guilty of the homicides at a 2017 trial and sentenced to life in prison.

Per court documents and DEA records, Smurf Glass and Kevin (K.K.) Clayton started the H.A.T.E. Committee in late 2009 as the enforcement branch for the GDs in the South. The Rick Ross incident is said to have occurred in 2012 at the Loews Hotel in Miami Beach, with Glass and Clayton spearheading the thuggery. Glass is serving a life prison sentence for racketeering and murder. Clayton got slapped with a 33-year term.

The Gangster Disciples are based out of the Chicago area, but in the past three decades has established a foothold in Southern states like Georgia, Alabama, Tennessee and North Carolina. The H.A.T.E. Committee headquartered out of DeKalb, Georgia, right outside of Atlanta. According to court filings and police reports, “Little Joe” Broxton, 27, and Danny “Island” Pena, 29, went on their killing spree after GD Nation in Georgia was given an edict by Glass and Clayton to go to war with sets of the Bloods street gang in the area.

On July 3, 2015 Broxton and Pena robbed and killed Eddie Chadmon at the Stone Mountain Inn. On July 30, they shot Oliver Campbell to death as he slept in his car at a Candler Road gas station. Later that day, they riddled a porch in a local apartment complex with automatic weapon fire, murdering Rocquwell Nelson