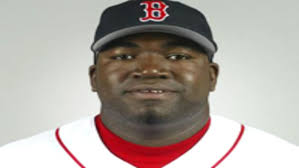 January 6, 2022 — After a laborious two-year extradition process, federal authorities have Dominican Republic drug kingpin Cesar (The Abuser) Peralta in custody in Puerto Rico. Peralta, 47, allegedly put a murder contract on the head of David (Big Papi) Ortiz three years ago and had been sitting in a jail cell in Colombia fighting handed over to U.S. Marshals. He faces narcotics-trafficking charges out of Florida. The DEA connects him to multiple Major League Baseball players. His name surfaced in the Boston press in relation to the June 2019 shooting of retired Boston Red Sox great Big Papi Ortiz at a bar in Santo Domingo.

Peralta appeared on the FBI’s Most Wanted List during the 10 months he was on the run. The FBI named Peralta as the biggest drug kingpin in the Caribbean and one of the most prominent Narcos figure in South America.

While his indictment only cites Peralta for selling five kilos of cocaine, U.S. Treasury documents allege he is responsible for shipping thousands of tons of cocaine and heroin to South Florida wholesale dealers since 2007. Prior to his bust in Florida, he was indicted out of Puerto Rico in November 2018. He could be looking at 20 years in prison if convicted on all the charge

Big Papi Ortiz is considered a national treasure in the Dominican Republic and is a bona fide sports god in New England, having led the beloved Red Sox to three World Series championships. On June 19, 2019, Ortiz was almost killed, shot in the back as he sat having a drink on the patio of a Santo Domingo nightclub (Dial Lounge) by a man on a motorcycle with ties to Cesar the Abuser. Although initially listed in critical condition in the hospital, Ortiz recovered quickly.

Santo Domingo police issued a statement that the shooting was a case of mistaken identity but others in the media and within Ortiz’s own inner circle have speculated it wasn’t that simple and Peralta may have had a personal beef with Big Papi and ordered a hit on him. Media outlets have since reported that Peralta was angered by a romance Ortiz was engaged in with one of his girlfriends. Ortiz bought the woman in question a Lexus, prompting Peralta to order the Dial Lounge attack.