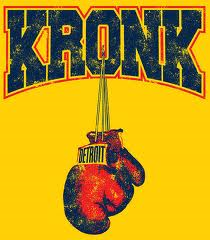 After being on the sidelines for over a decade, Andrew Chambers, the DEA’s No. 1 informant of all-time, a man just as controversial as he was successful in helping the government make arrests and earn convictions, has been put back to work. Chambers, who helped bring down a Kronk Boxing Gym-connected drug ring in Detroit in the early 1990s, was dubiously deactivated from use in 2000.

His work in its usual undercover capacity for the DEA was confirmed as recently as last year in court filings related to a 2013 federal narcotics indictment in Arizona. During his first go-around with the feds, he cleared a hefty sum of four million dollars (the most ever paid out to a government snitch) in 16 years of employment and testified in close to 300 cases, at least 16 of which, as it would later come out via confirmed news reports, were constructed on a myriad of his lies and perjured testimony.

In a television interview with ABC’s 20/20, the 58-year old Chambers admitted testifying falsely in his work with the government and didn’t seem that bothered by the fact that his dishonesty helped jail dozens of men and women, many for life.

“I didn’t think it was that important, I just did it (and didn’t think about it)” he said when asked why he lied.

Unlike many of his victims, he’s never been prosecuted for his offenses. The U.S. Attorney’s office in Washington D.C. declined to comment why.

A jet-setting rat, the DEA shared Chambers and his services with the FBI, IRS, U.S. Customs Department and Secret Service and sent him flying across the country to aid the building of cases in more than 30 different cities.

In Detroit, Chambers infiltrated a drug organization tied to professional boxing, an investigation that came to be known as the “Kronk case,” due to all of the co-defendants in the case training out of the globally-renowned Kronk Gym ran by the legendary Emanuel Steward (icon of the sport, mentored 41 world champions). The Kronk came to prominence in the 1970s and 80s, led by a roster of high-profile knockout kings headlined by hometown hero, Tommy Hearns (aka “the Hitman” aka “the Motor City Cobra”), the first man to ever win five world championships in five different weight classes.

At the center of the indictment filed in May 1994 was Darrell Chambers, a one-time fast-rising welterweight contender-turned-drug kingpin and close friend of Hearns. Directly beside Chambers (no relation to Andrew) at the defense table during the January 1995 trial was undisputed welterweight and super-welterweight world-champion Donald (the Lone Star Cobra) Curry. On the witness stand for the prosecution was fellow Kronk fighter William (Stanley the Steamer) Longstreet, originally a co-defendant in the case, pointing his finger at Curry and Chambers. In the gallery watching the proceedings found frequent appearances by Hearns, Steward and a long line of other Kronk luminaries.

Andrew Chambers testified to his dealings with the trio and DEA agents testified to following them to the Bahamas in the fall of 1992 and observing Chambers and the three pugilists engage in negotiations for nearly a half-million dollars worth of cocaine, less than half of which was actually paid for.

Curry was acquitted. He retired in 1997 from his career in the ring with a 34-6 record and a pair of world-championship belts.

Chambers (22-2 as a pro boxer) was convicted and sentenced to what amounts to a life prison sentence without the possibility of parole, despite not being implicated in any acts of violence. Longstreet (22-3 as a pro fighter) pled guilty and did three years behind bars.

Turning pro in 1981, Chambers, a born-and-bred eastside Detroiter, burst out of the gate to a 12-0 start and got a shot against highly-regarded Bobby Joe Young in a 1983 nationally-televised bout in Las Vegas. He lost via TKO in the ninth round.

There are those of the belief that Darrell Chambers, 54 and currently incarcerated in a federal correctional facility in Marion, Illinois, was scapegoated (at the very least in regards to his sentence) for the illegal activity of others affiliated with and inside the Kronk organization.

At least one exclusive Gangster Report source confirms this allegation.

“I was in meetings with the FBI regarding the Chambers case, all they wanted to know about was Manny and Tommy and other people they thought were doing dirt around him in that Kronk orbit. They didn’t care about Darrell, they wanted to use him to collect bigger fish for their mantelpieces. When they couldn’t, when Darrell wouldn’t give them what they wanted, they nailed him as hard as they could.”

Steward (d. 2012) and Hearns were investigated by the federal government for possible money laundering and tax infractions, per multiple law enforcement sources, throughout the 1980s and first portion of the 90s. Neither ever faced any charges nor were ever publicly implicated in any wrongdoing.

Hearns caught the collective eyes of the FBI, DEA and the IRS at the height of his popularity and success by his association with notorious members of the Michigan underworld, such as dangerous drug kingpins Demetrius Holloway, Raymond (Baby Ray) Peoples and Richard (Maserati Rick) Carter and Italian mafia figures in the murderous Giacalone crew – Anthony (Tony Jack) Giacalone & Vito (Billy Jack) Giacalone were the local mob’s “street bosses” for the entire latter-half of the 20th Century and suspects in literally dozens of homicides.

Holloway, Peoples and Carter were all slain gangland style between 1985-1990 and were each seen in Hearns’ entourage at some time or another in his heyday as a marquee draw during the last glory era of his sport. Hearns himself gave deposition testimony in 1994 related to his brother’s murder charge, admitting hosting Detroit mob-backed “casino nights” at his suburban mansion, glitzy events filled with debauchery that catered to a celebrity clientele, from both the legitimate and illegitimate world and were overseen by Giacalone crew gambling lieutenants, Allen (the General) Hilf and Freddy (the Saint) Salem. Hilf (d. 2014) and Salem (d. 2009) reported directly to then-capo Jack (Jackie the Kid) Giacalone, reputed to be the new boss of the mafia in Michigan as of last year.