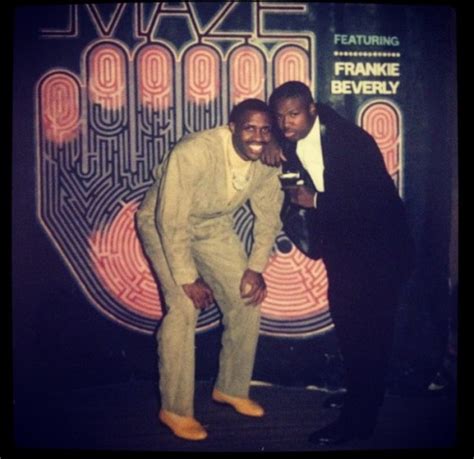 The quintessential D.C. drug don, Rayful Edmond, might receive a reprieve from his life prison sentence, his reward for cooperating with authorities for the last two decades. Prosecutors in Washington D.C.’s U.S. Attorneys’ Office filed motions in federal court last week for Edmond’s sentence to be reduced and him to eventually be set free.

The 54-year old Edmond ruled the D.C. dope game in the “Wild West” 1980s, his reputation rising to practically mythical status on the streets at the height of the crack era in the nation’s capital, as he maintained a chokehold on the region’s wholesale and retail drug markets with unfettered flash and panache. Using a west coast “plug” based in Los Angeles, Edmond flooded the D.C. area with Colombian cocaine and reveled in his infamy.

Making a million dollars a week and spending and living equally lavishly, he was frequently seen sitting courtside at Georgetown University basketball games (the hottest ticket in town at the time) and going on shopping sprees at trendy Georgetown malls and boutiques. His wining and dining of Georgetown basketball players, like future NBA star Alonso Mourning, then an All-American center for the Hoyas, draw the ire of Georgetown’s Hall of Fame coach, John Thompson, who as lore has it, angrily confronted the feared kingpin in a much-fabled meeting in his office in which Thompson made it clear to Edmond that he was to have no further contact with any players in the Hoyas program

Edmond was finally indicted and jailed in April 1989 when he was 24. He was found guilty at a heavily-publicized trial the following year. According to testimony at the trial, the enforcement unit of Edmond’s organization was linked to upwards of 30 gangland homicides.

His business in the drug trade continued while he was incarcerated. In 1996, Edmond was indicted again and eventually convicted for heading another drug conspiracy from behind bars – this time the Colombians he was doing business with had direct ties to the legendary Griselda (The Godmother) Blanco, the female drug baron representing cartel interests in the United States, first in Florida and then in California.

Smacked with an additional 30 years for a case where he was intercepted on hundreds of hours of phone calls wheeling and dealing in narcotics from a prison pay phone, Edmond began cooperating and entered the Witness Protection Program. Best selling rappers Jay-Z, Rick Ross and Meek Mill have all name-checked Edmond in their lyrics, proving the D.C. crime lord’s legend has long transcended the Beltway and the era in which he reigned, given that Jay-Z is from Brooklyn, Rick Ross from Miami and Meek Mill from Philadelphia.