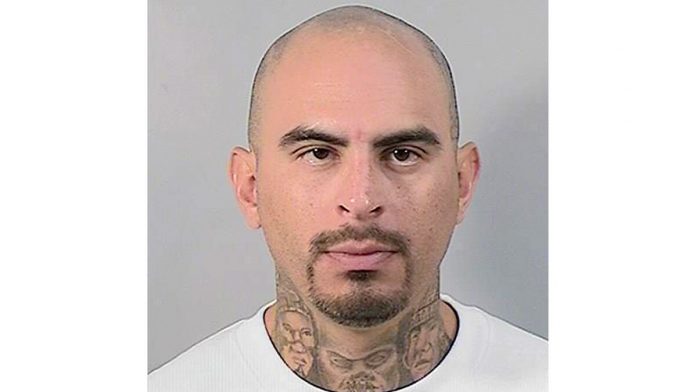 July 4, 2022 — Robert (Dopey) Hinojos was on his way to becoming the Mexican Mafia’s main “outside” enforcer and a future shot caller. Now, any ascension of his in the organization will strictly be of the “inside” variety.

The 41-year old “Dopey” Hinojos earned induction into La Eme by killing South Central L.A. Mexican Mafia soldier Hector (The Parakeet) Velasquez in Paramount, California in the spring of 2016. He was found guilty of shooting Velasquez to death back in April and will spend the rest of his life in prison.

The Mexican Mafia or “La Eme” was founded in a California state prison system juvenile detention facility during the late 1950s and by the 1970s, the organization had moved its operations to the “outside,” beyond prison walls, and forged alliances with other criminal groups on the street to enhance its profile of power. The majority of La Eme’s biggest bosses reside behind bar

Hinojos is part of the small Brown Nation crew, a feeder gang for the Mexican Mafia. While Hinojos was doing 15 years in prison for armed robbery and drugs, he rose through the ranks of Mexican organized crime at the side of a number of La Eme shot callers. According to court filings, Hinojos garnered favor with these shot callers by assuming control of an extortion racket and turning it into a cash cow for La Eme coffers.

Upon his release from prison in December 2015, Hinojos was tasked with “making his bones,” so he could be officially inducted into the Mexican Mafia. His target: The man they called The Parakeet.

Hector Velasquez was a prominent member of Compton’s 155th Street Gang — South Central L.A.’s main La Eme-affiliate faction — and in a dispute with Mexican Mafia brass over extortion territory, per sources. Velasquez met Dopey Hinojos at a Denny’s restaurant for breakfast on May 13, 2016. An hour later, Hinojos unloaded his gun into Velasquez from his black-colored Chrysler 300 sedan on a Paramount, California street corner. Court records indicate that Velasquez thought Hinojos was being sent by La Eme shot callers to help him collect a debt.

Recordings of Hinojos on the phone in the days surrounding the Velasquez homicide show him discussing a “big promotion” at work with both his girlfriend and his mother. Hinojos was “made” into La Eme shortly after he murdered Velasquez, sponsored by Jose (Joker) Gonzales of Big Hazzard and Mike (Fly) Torres of the San Fernando Valley, two of the most powerful Mexican Mafia skippers today, per court filings in his case.