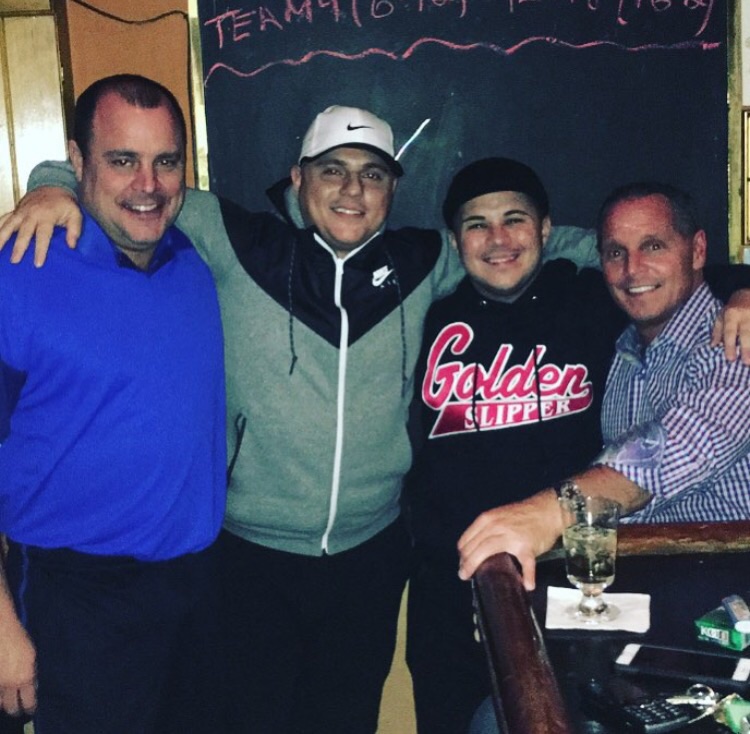 October 13, 2019 – The wedding of the year in the Philadelphia mob went down over the weekend, as reputed Bruno-Scarfo crime family captain Domenic (Baby Dom) Grande got hitched. Grande, 40, is the youngest capo in the Philly mafia and someone people consider future boss material. He said “I do” to his beautiful bride Gina at a mid-afternoon ceremony Saturday followed by a lavish party that evening.

Most of the crime family’s top leaders were in attendance at Grande’s nuptials, per sources. Philly mob don Joseph (Skinny Joey) Merlino phoned in his congratulations from Florida in the minutes before Grande walked down the aisle. Merlino, 57, was just released from a short federal prison stay for gambling and is in a Miami halfway house unable to leave the state because of parole restrictions.

Grande rose fast in the South Philly underworld, getting his button and earning a bump-up to capo while only in his 30s. The gangland bloodline he boasts is elite: His father is former mob hit man Salvatore (Wayne) Grande, his grandfather, deceased mafia lieutenant John (Coo Coo) Grande and his uncle is Joe Grande, currently an old-school soldier in the crime family allegedly operating out of New Jersey.

Another uncle of Baby Dom’s, Sammy Piccolo, is a button man in the family, too, Piccolo was arrested on drug charges last year. Wayne Grande, nicknamed after classic tough-guy movie star John Wayne for his cowboy antics on the street, is in the Witness Protection Program.

Nicodemo, 48, is behind bars for driving the getaway car in the December 2012 murder of convicted drug dealer, Gino DiPietro, carried out in broad daylight on a street corner in South Philly. DiPietro is alleged to have disrespected Nicodemo months earlier at a card game.

Grande and Nicodemo were nailed together in 2007 for running a bookmaking ring out of a New Jersey casino. In December 2015, Grande accompanied Merlino to a Christmas Party in New York hosted by Genovese crime family capo Patsy Parrello at his restaurant in the Bronx. The get-together was monitored and photographed by an FBI surveillance unit. Through The Looking Glass: Bid For New Casino In Chicago... Previous
Mexican Mafia Boss "Alto" Ramos Gets Life In Racketeering... Next