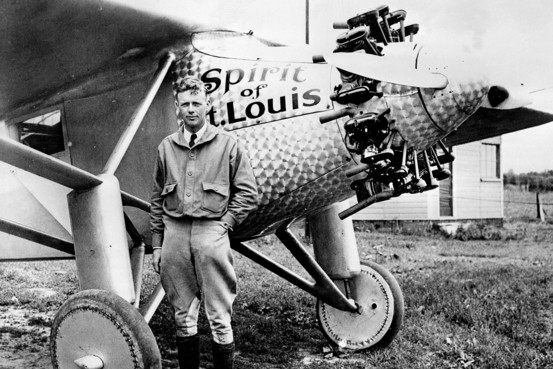 Detroit’s infamous Purple Gang were initially the prime suspects in the “Crime of The Century,” the kidnapping and eventual murder of Charles Lindbergh, Jr., the 20-month old infant son of internationally-renowned aviator Charles Lindbergh, in New Jersey in the spring of 1932, according to the syndicate’s FBI file. High-ranking Purple Gang lieutenants, Harry (H.F.) Fleisher and Eddie Fletcher, were sought by authorities for questioning in the case before Bruno Richard Haupman, a German immigrant, was arrested, convicted at trial and put to death in the electric chair for perpetrating the crime, while extorting a $50,000 ransom.

Lindbergh, born in Detroit, but raised in Minnesota and the Washington D.C. area, shot to worldwide superstardom in May 1927 after becoming the first person to fly uninterrupted from New York to Paris following multiple failed endeavors by other pilots concluding in a number of fatalities. At his peak of fame, Lindbergh was maybe the most recognized person on earth, besides the Pope and blazed a trail that led to mainstream commercial air flight. He flew ambassadorship missions all around the world with his trusty plane, The Spirit Of St. Louis.

The Purple Gang was an all-Jewish mob prominent in Michigan during Prohibition, known for making millions and killing hundreds while ruling big chunks of Motown’s bootlegging, gambling and kidnapping rackets of the late 1920s and early 1930s. Although the gang’s reign and territory was in Detroit, the Purples’ legacy went on to become an overall American icon of the Prohibition Era, referenced in Elvis Presley’s songs, James Bond novels and television shows and movies, in forthcoming years.

Lindbergh’s mom was a Detroiter and a popular chemistry teacher at Detroit Cass Technical High School, the premier high school in the city, then and now. His child and namesake was snatched directly out of his crib inside his nursery at the Lindbergh family’s Highfields Estate in East Amwell, New Jersey on March 1, 1932. Haupman, a carpenter working at the property, climbed a latter into the nursery, grabbed Lindbergh, Jr. and left a ransom note on the radiator next to his crib. The baby was discovered dead four miles away in a woodsy patch of land two months later.

The last person to see the baby alive prior to the kidnapping was his nanny and nurse, Betty Gow. That’s where the Purple Gang angle entered the picture – Gow’s brother, Scotty Gow, was a Purple associate in Detroit and one of the gang’s most utilized fences for stolen merchandise.

The theory involving the Purple Gang was subscribed to by Charles Lindbergh and his wife early in the two-and-a-half-year probe and Haupman himself unsuccessfully used the theory as a defense at his highly publicized and emotionally charged 1935 trial. Betty Gow fainted as she left the witness stand, moments removed from enduring a vigorous cross-examination by Haupman’s lawyer accusing her of aiding in the crime by allowing her brother and the Purples access to the Highfields’ nursery wing.

Scotty Gow was employed by the Ford Motor Company as a hired goon to keep workers in line and sometimes chauffeured Harry Fleisher, an original Purple who helped found the epic crime syndicate with his boyhood friends, the four Burnstein brothers (Abe, Ray, Joe and Izzy), on the eastside of Detroit around 1925. Diminutive, yet ferocious and trigger-happy, Fleisher was a baby-faced assassin, considered a suspect in bundles of Purple-sanctioned executions and dispatched by Purple de-facto don Abe Burnstein on all the gang’s toughest enforcement assignments.

At the time of the Lindbergh kidnapping, the man they simply called “H.F.” was on the run from the law, trying to dodge being arrested for his role as an alleged shooter in the 1931 Collingwood Manor Massacre, which went down less than a year before Lindbergh’s baby was taken and subsequently killed with a blow to the head. The Collingwood Manor Massacre was the slaughter of three rogue Purple soldiers referring to themselves as “The Little Jewish Navy,” because of their crew’s responsibility for physically smuggling the bootlegged liquor across the water from Canada to Detroit in a fleet of what were then state of the art speed boats.

Fleisher was hiding in Montreal when the Lindbergh kidnapping occurred. He would go on to do a five-year prison term for conspiracy to commit the 1945 gangland slaying of Michigan State Senator Warren G. Hooper, killed less than a week prior to being scheduled to testify in front of a grand jury investigating political payoffs.

Besides Fleisher, Purple Gang assassin Eddie Fletcher, a native New Yorker and former mobbed-up east coast prize fighter, who owned real estate and farm property within driving distance of the Highfields’ estate, got eyed by FBI agents investigating the Lindbergh baby case. Fletcher was actually brought into the FBI office in Detroit and questioned about his knowledge of the missing child’s whereabouts in April 1932. He moved to Detroit in the mid-1920s with his partner-in-crime, Abe Axler, and linked up with the Burnstein brothers, who welcomed them into the Purple Gang and immediately put them to work on the syndicate’s frontlines.

Nicknamed “The Siamese Twins,” for their constant companionship, Fletcher and Axler became a formidable duo of hit men, extortionists and kidnappers, dubbed Public Enemies No. 1 and No. 2 in the Motor City by the Detroit Police Department in the early 1930s – they were the shooters in the 1927 Milaflores Apartment Massacre, a precursor to the Collingwood bloodletting and the first time in the city’s history a machine gun was used in a murder (actually three – Fletcher, Axler & others, mowed down three local wiseguys encroaching on Purple terrain in Michigan by running a gangster-kidnapping ring targeting Purple-connected hoods).

Less than two years after being questioned in the Lindbergh kidnapping, Fletcher was done away with in typical mob style. Drawing the ire of the Burnsteins for their freelancing antics and fleecing of fellow Purples in business scams, Fletcher and Axler were killed at the same time in November 1933, shot to death on the side of a Metro Detroit dirt road following a night of partying.

Fletcher died still a suspect in the 1929’s St. Valentine’s Massacre in Chicago, an event that represented the peak of Al Capone’s war with his Irish rivals. “Scarface” Capone and the Purples were allies and business partners – Capone reportedly reached out to the Purple Gang for help in setting up the St. Valentine’s Day slayings and Abe Burnstein sent him a group of soldiers, including Fletcher, who was checked into a boarding house across from the massacre on the morning the Southside-based Capone had seven Northside Irish gangsters gunned down.

One of the top suspects in the “Siamese Twins Slayings,” was none other than H.F…. Harry Fleisher. Witnesses at a nearby beer garden identified men resembling Fleisher and Harry Millman, a Burnstein brothers’ bodyguard and protégé, departing with Fletcher and Axler the night they were bumped off. Millman was killed for feuding with the area’s Italian mafia four years later. Fleisher died peacefully in retirement in 1978.