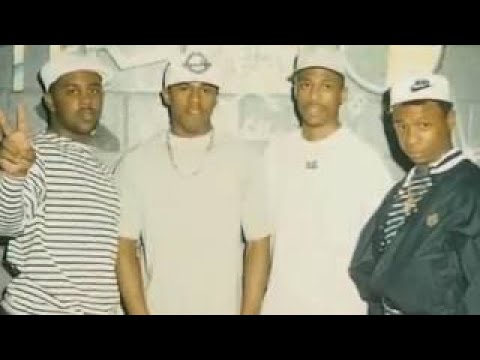 Aaron (A.J.) Jones founded the Philadelphia Junior Black Mafia in 1985. As a young boy in the 1970s, Jones had been an errand boy for original Philly Black Mafia chief Robert (Nudie) Mims. The “JBM” went on to dominate the crack cocaine trade in North and West Philadelphia for the better part of a decade. They became famous for telling competitors to “get down or lay down,” meaning either join them or risk death in opposing them.

Bodies dropped frequently in the 1980s, as Jones and JBM fought wars against rival organization’s led by Albert Ragen and Craig Haynes and experienced internal strife with some members turning informant and others taking aim for the crown themselves. Between 1988 and 1990, more than a dozen gangland slayings were attributed to JBM affairs.

July 12, 1988 – Philly drug world figure Mark Lisby is shot to death by JBM enforcer Anthony (Big Tone) Reid in front of his home over a $100 debt.

March 13, 1989 – JBM soldier Neil (Phil Fresh) Wilkinson is shot to death by Big Tone Reid for the belief that Wilkinson was a confidential informant for the DEA. Wilkinson’s JBM running buddy, Darryl (Hickey Mo) Woods was paralyzed in the attack.

March 18, 1989 – Teenager Michael Waters is shot to death by Big Tone Reid after Waters hit Reid’s car with a snowball.

August 10, 1989 – JBM lieutenant Donnie (D-Bone) Branch, who acted as one of Aaron Jones’ bodyguard, is killed in a failed assassination of Jones when Haynes crew gunmen open fire on Jones’ entourage.

May 14, 1990 – JBM acting boss LeRoy (Bucky) Davis is shot to death on the front porch of a row house in West Philly by his successor Brian (Moochie) Thornton because an imprisoned Jones learned of Bucky Davis’ plans for a palace coup.

June 10, 1990 – Motorist Greg Jackson is pistol whipped and killed execution style in front of his wife by Eric (Little Hawk) Watkins, Moochie Thornton’s driver and bodyguard, in a road rage altercation which takes place in broad daylight in North Philly.

August 18, 1990 – JBM lieutenant Bruce Kennedy is shot to death behind the counter of his market in West Philadelphia for allegedly romancing Aaron Jones’ girlfriend while he was behind bars.