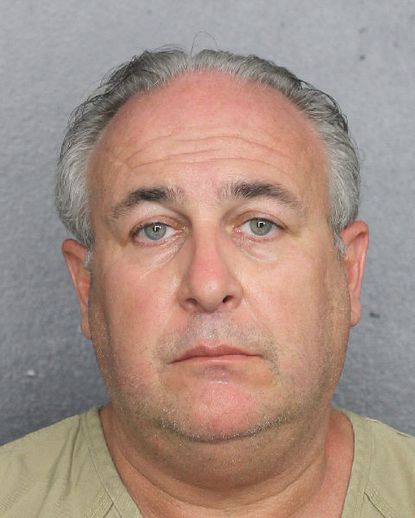 The indictment accuses Gerace, Jr. of paying cash bribes to law enforcement on a recurring basis to protect himself and his business from drug probes. Pharaoh’s was raided by Homeland Security agents in late 2019. Gerace, Jr.’s dad, the former owner of the club, Peter Gerace, Sr., coughed up $17,000 to the Office of Homeland Security for faulty hiring practices tied to 40 un-vetted hires at Pharaoh’s, in 2012.

Gerace, Sr. is married to Big Joe Todaro, Jr.’s sister. His other son, Anthony Gerace, 41, was pinched on drugs and weapons in May 2019 after Homeland Security raided his Clarence, New York home and found duffel bags filled with marijuana, 14 guns and $103,000 in cash.

Retired Buffalo DEA agent Joe Bongiovanni was indicted in November 2019 for shaking down drug dealers he believed were connected to Italian organized crime figures in the Buffalo area. Gerace, Jr. and Bongiovanni, 57, grew up together in the same neighborhood in Buffalo. Sources familiar with the investigation say the reference to a strip club owner phoning Bongiovanni and asking for help in dealing with an overdosed stripper in Bongiovanni’s indictment is referring to Gerace, Jr. and Pharaoh’s.

The federal government in Buffalo believes 74-year old Big Joe Todaro, Jr.’s is the boss of the Magaddino crime family and that he succeeded his father in the job. Joseph (Lead Pipe Joe) Todaro, Sr., died after a prolonged battle with heart disease in 2012. He was 89 at the time of his death.

FBI documents allege Lead Pipe Joe assumed control in the Magaddino clan in the 1980s, named Big Joe his underboss and often used him as his acting boss. The Todaros pioneered the marketing of Buffalo wings with their enormously successful La Nova pizza and wing empire. In 1990, Big Joe Todaro, Jr. was forced to resign from his leadership post in the LIUNA (Local 210) when his underworld ties came under the microscope. Big Joe Todaro, Jr. calls any assertions that he is a mob boss of any sort, “nonsense.”