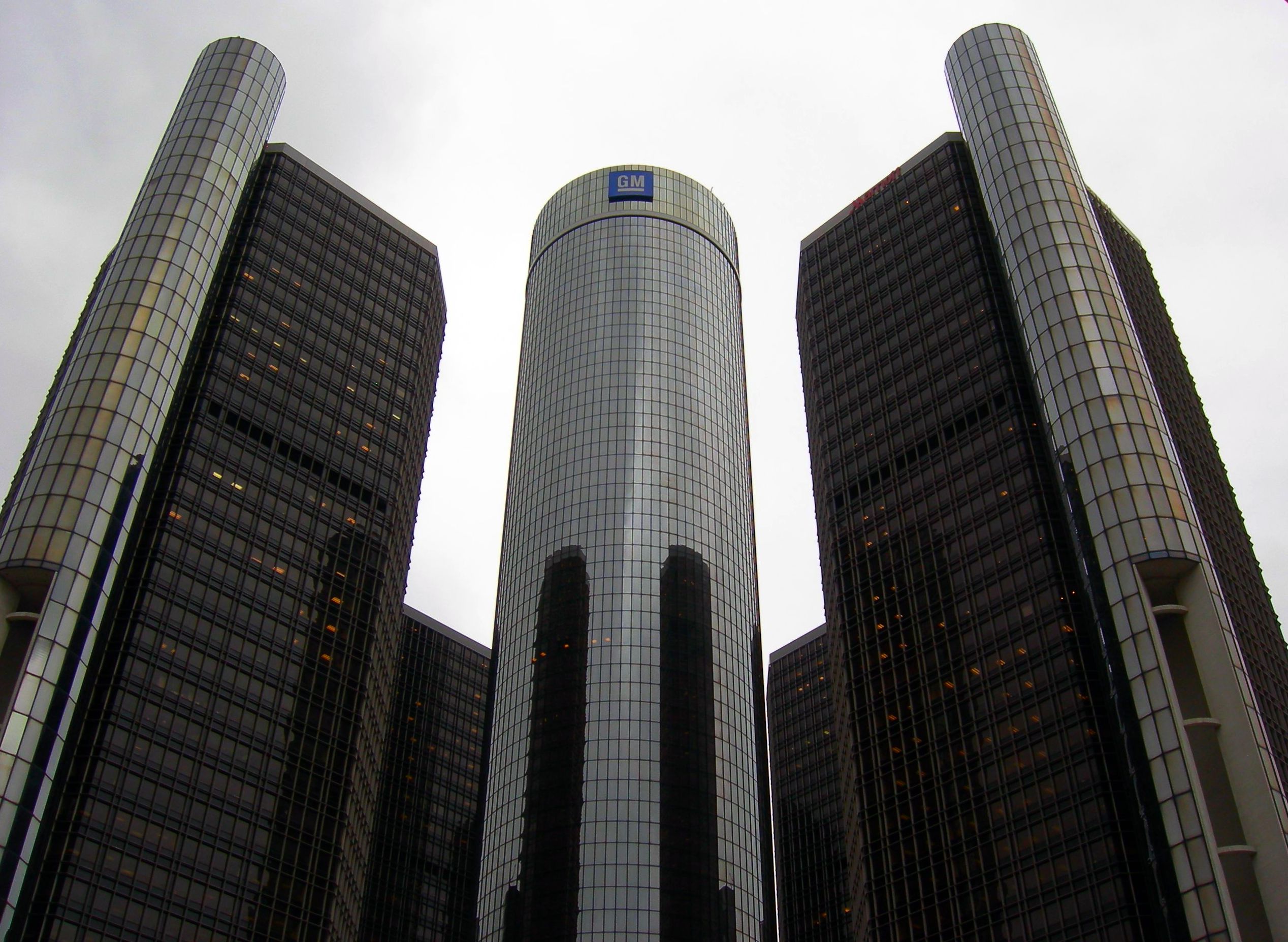 “Mike, If I were you, I’d leave this alone. We would hate to see you floating head first down the Detroit River….this is bigger than the both of us,” – a member of law enforcement to Mike Yarbrough in 1975

A retired corrections officer says he saw labor-union leader Jimmy Hoffa slain and buried at the construction site which became the Renaissance Center, the anchor of the Detroit skyline. The still never-cracked mystery as to what exactly happened to the 62-year old plucky Teamsters power the day he vanished 41 years ago in the summer of 1975 on his way to what he thought was a meeting with two influential mob captains still fascinates the public, still has the FBI in dire search for his body (or at least what’s left of it) and is still generating fresh leads. The iconic crime marked its anniversary over the weekend.

When he disappeared, Hoffa was in the midst of locking horns with his one-time benefactors in the mafia in his effort to reclaim the union presidency he relinquished voluntarily five years earlier while serving a prison sentence. Hoffa was last seen getting into a new-model four-door burgundy-colored Mercury Marquis at the Machus Red Fox Restaurant in Bloomfield Township, Michigan on the afternoon of July 30, 1975 and driving away in the company of at least two other unidentified men. Over the ensuing four decades, literally thousands of tips have been pursued by both federal and state investigators and the media to no avail, digs for Hoffa’s remains have practically become an annual local rite of passage in Metro Detroit.

The latest lead in the case comes via Michael Yarbrough, who was 18 years old and residing in nearby Inkster in July 1975. Yarbrough claims he accidentally stumbled upon Hoffa being whacked in Downtown Detroit at around 3:20 p.m.about a half hour after Hoffa’s last public sighting in the Red Fox parking at around 2:45 that afternoon.

“I came across the (Renaissance Center) construction zone because I heard someone screaming for help, it was Jimmy Hoffa,” Yarbrough recounted. “From a short distance, I could see two men holding him by the arms with a cement truck and a 1975 Mercury Marquis directly behind them…..the two men pushed him into this great big hole, which you could see was being constructed as a pillar.”

According to Yarbrough, his front-row seat to history was interrupted by a third assailant, an imposing young man with dark hair.

“As I watched on, a third guy came walking up to me, he appeared to be the lookout man,” Yarbrough remembers. “He told me, ‘you better keep on moving or you’re going to be next.’ I said, ‘don’t worry about me man, I’m outta here.’ As I began walking away, he started to follow me. So I started to run, I went from Tower 300 to Tower 400 of the hotel and I saw a rest room sign and ran into the first stall to hide. The guy came in behind me and stood there for a few seconds, turned around and left. When I came out on Atwater Street, I saw the same burgundy Mercury coming around the corner of Tower 400. Finally, I got into my car and drove back to Inkster.”

Yarbrough is 59 years old today. He used to be corrections officer employed by the state of Michigan. In the wake of Hoffa’s kidnapping and murder and the firestorm of press chronicling the crime and high-priority federal probe trying to solve it, Yarbrough went to the FBI and told them what he witnessed. Waiting in vain for  decades on the hope that authorities would search the pillars of the Renaissance Center, he just recently decided to go public with his story, finally convinced after 41 years that investigators don’t take him seriously.

ned Genovese crime family capo Anthony (Tony Pro) Provenzano at the Red Fox for a 2:00 p.m. lunch. Hoffa was beefing with Tony Pro but needed to square the feud and gain his support in his bid to take back the Teamsters presidency.

With Giacalone and his bosses backing him in 1957, Hoffa was elected president of the union. His incarceration a decade later for bribery and jury tampering concluded with his giving up his presidency in order to successfully corral a pardon from the Richard Nixon White House.

Neither Tony Jack, nor Tony Pro showed for lunch with Hoffa at the Red Fox on July 30, 1975. Tony Jack was at his Southfield Athletic Club headquarters down the road. Tony Pro was allegedly in Jersey at his Teamsters union hall playing cards. The lone piece of physical evidence ever recovered in the case is the 1975 burgundy-colored Mercury Marquis authorities are certain Hoffa was kidnapped in and the vehicle probably used to transport his dead body to where it was ultimately disposed of.

The car belonged to Joseph (Joey Jack) Giacalone, Tony Jack’s son and an alleged current member of the mafia in Detroit. The younger Giacalone isn’t believed to have been involved with the crime itself, but Hoffa’s hair and DNA have been traced to the backseat and trunk of the car, so it was seized. Joey Jack’s Mercury Marquis matches the description of the one Yarbrough says he saw at the construction site and driving away from the crime scene.

Yarbrough’s account is the second proposed theory surrounding the Hoffa hit to be connected to the Giacalone family and the construction of the Renaissance Center. Marvin (The Weasel) Elkind, Hoffa’s former driver and a one-time labor-union linked mobster and police informant from Canada, has admitted that Tony Giacalone commented to him that Hoffa was buried under the Renaissance Center.

Elkind, 82, was in Detroit at the time Hoffa was killed helping oversee the building of the Renaissance Center in his capacity working for the Teamsters. Because of that job, Elkind, a Jewish former boxer and longtime professional gangland chauffer to some of Canada’s most prominent mafia chiefs, says he knows first hand that the Teamsters were pouring the concrete for the pillars on what would be the project’s centerpiece hotel in the days around Hoffa’s disappearance. He co-authored a 2012 book with acclaimed Canadian crime writer and North American mafia expert Adrian Humphreys entitled The Weasel – A Double Life In The Mob. You can buy Elkind’s book here.

Giacalone died of kidney failure in 2001. Tony Provenzano succumbed to cancer behind bars on an unrelated conviction.

The Renaissance Center, seven glass-paneled interconnected skyscrapers resting on the edge of the Detroit River, was built between 1973 and 1977, first opening its doors in July 1976. Today, it serves as GM’s international headquarters. The Central Tower, housing the Marriot Hotel and the Coach & Insignia Restaurant, is the tallest hotel tower in the Western Hemisphere. Some of the construction companies contracted or sub-contracted to do work on the Renaissance Center in the 1970s were “mafia affiliated” per a Michigan State Police report dated November 1984.

Yarbrough maintains a facebook page dedicated to his theory on the Hoffa hit (see here).

*This article was edited in 2019. In the original version, Yarbrough claimed to have witnessed Hoffa’s murder on the morning of July 31, 1975, close to 10 hours following the labor boss’ disappearance. Two years ago, however, Yarbrough says his memory refreshed and moved the time he witnessed the death and burial at the Ren Cen construction site back to 3:20 the day prior.