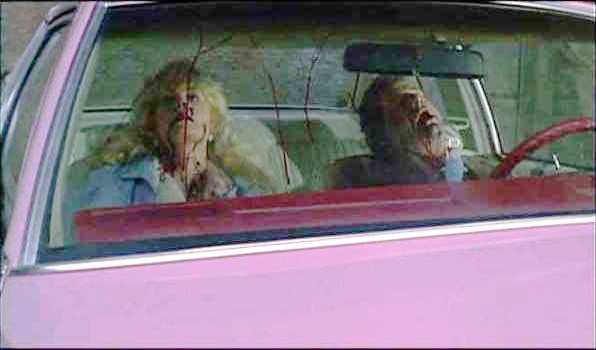 On Dec 11, 1978, a crew of Lucchese crime family mobsters in New York at the direction of the legendarily lethal James (Jimmy the Gent) Burke pulled off the daring Lufthansa Heist, the armed robbery of the Lufthansa Airlines cargo terminal at Idlewild-JFK Airport in Queens which yielded a cool six million dollars in cash and valuables. Burke headquartered his crew’s activities out of Robert’s Lounge, near the airport where he made his reputation as an ace truck hijacker. Instead of sharing in the riches brought in by the headline-grabbing boost with the men tasked with stealing it, Burke, an Irishman and one of the most powerful Italian mafia associates of all-time, decided to kill them – both as a means of hoarding most of the loot himself and cutting all links between him and actually job. Burke died in an Atlanta federal prison in 1996, serving time on unrelated charges.

December 18, 1978 – Burke crew member and aspiring African-American blues musician Parnell (Stacks) Edwards is killed in his apartment a week following the Lufthansa heist after botching his role in the job and not properly disposing of the getaway vehicle. Edwards, an expert in credit card fraud, got the Hollywood treatment in Goodfellas and was played by Samuel L. Jackson.

December 30, 1978 –  Burke crew member and Jimmy the Gent protégé Thomas (Two Gun Tommy) DeSimone disappears on his way to what he thought was a mafia induction ceremony but is murdered instead. DeSimone had been one of the stick up men in the heist and was most likely the triggerman in the Stacks Edwards homicide. He had angered mob powers in the Gambino crime family with the unsanctioned murders of William (Billy Bats) Bentvena and Ron (Foxy) Jerothe years earlier. The hit on “Billy Bats” was depicted in Goodfellas, with Joe Pesce playing Two Gun Tommy and character actor Frank Vincent portraying Bentvena.

January 6, 1979 – Burke crew member, male wig shop owner-hair salon proprietor and Jewish mob associate Marty (The Rug) Krugman is killed after being too demanding for his cut of the proceeds from the heist. It was the loud and brash Krugman’s tip about the lax security and his inside access at JFK’s Lufthansa cargo terminal that jumpstarted the conspiracy to rob the airport. Krugman was played by actor Chuck Low in Goodfellas and the movie showed him being murdered.

Jan 17, 1979 – Burke crew associate and con man Richie Eaton is slain and left hanging on a hook in a meat locker after trying to scam Jimmy the Gent out of $250,000 of the heist proceeds Burke had trusted him with laundering in Florida. Eaton’s murder itself wasn’t shown in Goodfellas, but his discovery in the meat locker was.

Feb 10, 1979 – Tommy DeSimone’s girlfriend Theresa Ferrara, who worked with Richie Eaton in Ft. Lauderdale and suspected of both being an FBI informant and helping Eaton skim off the top of the laundered heist cash, is murdered. Her body is never found.

March 8, 1979 – Burke crew member and Jimmy the Gent’s former cellmate in prison Louis (Louie Roast Beef) Cafora and his wife Joanna disappear and are murdered for Louie Roast Beef’s careless behavior in the direct aftermath of the heist. Cafora was one of the stick up men in the job. Like you saw in Goodfellas, days following boosting the Lufthansa terminal, Louie Roast Beef (called “Johnny Roast Beef” in the film) bought a brand new pink-colored Cadillac Fleetwood and was going around town showing it off, raising eyebrows from law enforcement and drawing Burke’s ire.

March 22, 1979 – Burke associate and Florida bar owner Tommy Monteleone is killed for being suspected of being in on the plan by Richie Eaton and Theresa Ferrara to steal money given to them by Jimmy the Gent, specifically earmarked to be washed through his Player’s Lounge nightclub in Ft. Lauderdale as well as a bogus drug deal the team of grifters came up with in an unsuccessful attempt to throw Burke off the scent of their intention to rip him off.

May 16, 1979 – Burke crew members and JFK Airport “inside men” Joseph (Joe Buddha) Manri & Robert (Frenchy) McMahon are murdered side-by-side execution style in a car found in a New York parking garage. Both Manri and McMahon worked at the airport in the Air France terminal.

June 13, 1979 – Gambino crime family Lufthansa Airport lieutenant Paolo LiCastri is slain, set on fire and thrown in a trash dump in a further attempt by Burke to eliminate any links between him and the heist.

July 18, 1984 – Burke crew member Angelo Sepe & his girlfriend Joanna Lombardo are killed in Sepe’s apartment after Sepe angered Lucchese crime family administrators by his brazen robbery of mob-backed drug dealers. Sepe was one of the stick up men in the heist and had been on the frontlines of Burke’s wipeout of his co-conspirators in the Lufthansa job.