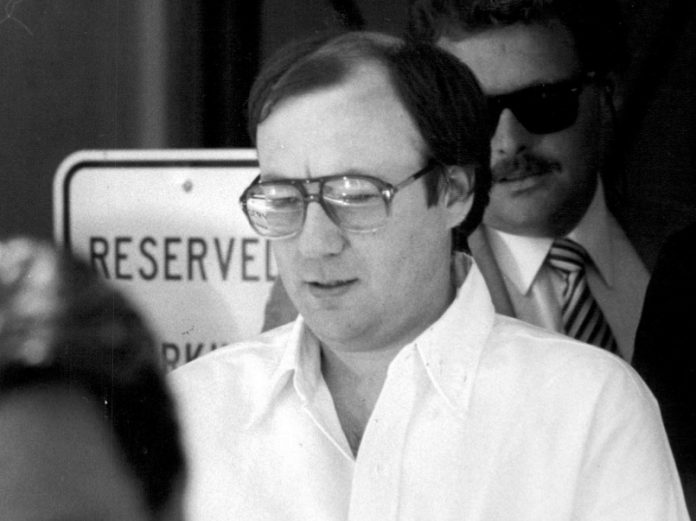 April 2, 2022 — With less than a year left to spend in a halfway house, Rochester (NY) mafia enforcer Dominic (Trigger Dom) Taddeo, has escaped and is on the run as a fugitive. It’s a status he’s not unfamiliar with.

The 64-year old Taddeo never returned from a medical appointment Monday to his halfway house in Florida. He was scheduled to be released around Christmas from a 33-year prison term for racketeering and murder; he committed at least three gangland homicides tied to the Alphabet Wars, a conflict from a decade prior where three separate Rochester mob factions, media-dubbed the A Team, B Team and C Teams, respectively, squared off for control of the city’s rackets in the late 1970s and early 1980s.

FBI records from the era, tagged Taddeo the main hit man for the A Team and described him as a shadowy figure who worked secretly for the Rochester mob’s top brass. According to the BOP, he landed in the Florida halfway house in February

U.S. District Court Frank Geraci, Jr. in the Western District of New York denied Taddeo’s motion for compassionate release from federal prison last year. Almost the entire crime family was either killed or sent to prison to serve long sentences for racketeering and murder in the Alphabet Wars’ fallout. Today, the Rochester mob no longer exists.

In 1989, Taddeo was convicted on weapons charges. He had avoided arrest in that case for two years before U.S. Marshals finally apprehended him on a visit to see his brother near Toledo, Ohio. In 1992, Taddeo pleaded guilty to carrying out three mob hits and participating in five overall murder conspiracies.

Taddeo killed Nick Mastrodonato on May 25, 1982 and then shot Gerald Pelusio to death on August 27, 1982 in a case of mistaken identity. The following year, he blew away Dino Tortatice on his parents’ front lawn on August 2, 1983. Mastrodonato, Tortatice and Pelusio’s brother Tommy were members of the C Team. Tommy Pelusio was wounded in the attack on Gerald in the summer of ’82.