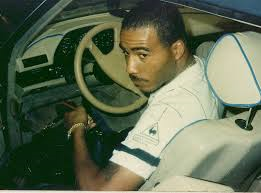 Unlike the Buttrum brothers and their Pony Down crew who looked to challenge top dog YBI at every opportunity or DFG which did an end-around and went out of state to move the bulk of its drugs, the Curry brothers were content to play second-fiddle to Butch Jones and his Young Boys empire. Minus the flashy handle and juvenile preening, the press didn’t want to write about the Currys. Their story didn’t have enough glitz and glamour. That was fine by them.

Lurking in the shadows, the Curry gang sat back and watched as YBI and Pony Down went to war with each other, racking up headlines and flouting the law with bloodshed and overly-boastful behavior. The fallout eventually spurred both of their downfalls and led to the Curry gang swooping in and coyly picking up the scraps left behind. Led by twin brothers, Johnny and Leonard Curry, the gang was centered on the Eastside, conveniently stashed away from primary YBI and Pony Down sales districts further west. Federal files allege the Curry brothers’ dad, Sam “Sammy Mack” Curry, acted as the gang’s top advisor and reputedly chipped in with startup cash back in 1978 when the gang was formed. Also along for the ride was the family’s baby brother Rudell “Boo” Curry, an eager lieutenant almost always at his older siblings’ sides, being groomed for a future leadership role.

The most recognizable figure from the Curry gang proved to be Johnny’s ace protégé, Richard “White Boy Rick” Wershe, a teenage street prodigy with a fierce and flamboyant reputation he had earned by the time he was 15 years old. Wershe rise to fame blew peoples’ minds and created frenzied news coverage. He had no business holding as much weight as he did, but somehow he climbed to heights in the urban underworld few his age or skin color have ever achieved. Being white and not even old enough to hold a driver’s license, he stuck out like a sore thumb, yet it made no difference. The lanky, mop-topped, almost gawky, fresh-faced 15-year old was Johnny Curry’s right hand man and that said it all. If Johnny trusted him and treated him like a son, the rest of the street had no choice but to respect him.

“They were an odd coupling,” said one former highly-placed member of federal law enforcement of Johnny Curry’s association with the teenage drug dealing wunderkind Wershe. “Seeing those two tooling around town together in Johnny’s Benz was like watching Superfly tote around the kid from Leave It To Beaver. At first glance, everybody was shocked. Then it was just accepted by everybody. It’s like on the streets and in law enforcement after everyone got over the novelty of the two of them running together, all of sudden he changed skin color. Within a few months, everybody just viewed him as black. There was no differentiation. That was the way he acted and those were the type of girls he dated and people he hung around with. It appeared very effortless for him. He lived the culture, so people didn’t view him as an outsider playing gangster. Surprisingly, the assimilation process was very fast, he was accepted very quickly by all the major players outside the Curry boys as one of their own. To his credit, he was very business savvy for a kid his age. He had a deep understanding of street politics and he knew how to exploit certain very complex and dangerous angles and use them to his advantage.”

Johnny and Leo Curry might not have been as well-known to the general public as many of the other kingpins of the day, but in the streets, they were as big as it came. Anybody who made a living in the drug trade at that time would tell you that Johnny, known as “Little Man” and Leonard, known as “Big Man” were as well-respected and feared in the Motor City underworld as Butch Jones, Gun Buttrum, Reggie Davis and Frank Usher. By 1986, they were the only ones left standing.

“The funny thing about that time is that a lot of guys who made major paper, guys like Little Man and Big Man, were considerably less well-known to the public than the guys who had these big personalities and were in all the headlines but didn’t hold a candle to cats like the Curry boys when it came to hustling,” Boyd said. “Nobody outside of the game back then would have been able to tell you who Little Man and Big Man were. They liked it that way. In the hood on the other hand, where it mattered the most, everybody knew the Currys’ weren’t anybody to mess with.”

As a result of their ability to avoid the spotlight, the Currys wound up being the longest lasting of all the Detroit drug syndicates of their era. Both YBI and Pony Down lasted five years apiece. So did Murder Row. The Davis Family Gang did them one better and lasted six. However, the Curry brothers ruled for almost a full-decade, acquiring equal riches with far less fanfare and acquiring the type of highly-placed connections in both local politics and law enforcement that his contemporaries like Jones or Buttrum could only dream of.

“Little Man was real slick, a behind the scenes guy who got things done,” Boyd said. “Big Man was out front, a little more outgoing and willing to engage with people outside their inner-circle. They weren’t on your TV screen at night on the nightly news, but they were the guys coming down the street or riding around Belle Isle with the freshest new cars and hottest threads.”