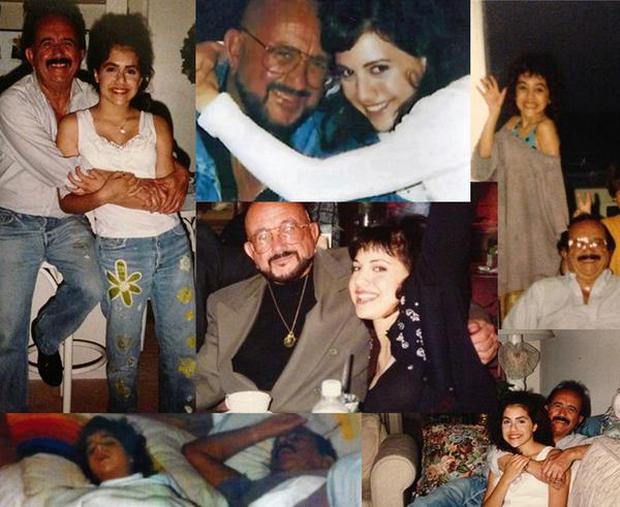 April 15, 2022 — Brittany Murphy’s gangster dad, Angelo (A.J.) Bertolotti, took out a murder contract on his famous-actress daughter’s husband Simon Monjack after Murphy died of a drug overdose and pneumonia at age 32 in the week before Christmas in 2009, according to one of the men he hired for the job. He then sought to take out his ex-wife, the mob hit man claims.

Monjack died under similar circumstances months later, leading Bertolotti to cast his anger at his ex-wife, Sharon, who he believed poisoned the couple. To add fuel to the tabloid fire, some alleged grief-stricken Monjack and Sharon Murphy engaged in a romance in the wake of Brittany’s death. Neither murder contract came close to being carried out. Per sources, Monjack was under federal investigation for fraud when he died.

“A.J. was crazy and impulsive, he didn’t think anything through,” said one of the two men, associates of his from Florida, he put down a $6,000 “retainer” with for both jobs. “For a long time, he was consumed by what happened to Brittany.”

Bertolotti admitted as much to the Sun in a 2014 interview.

“I thought I had it solved……but I was getting so much publicity, so much hear, I had to back off,” he said.

Murphy, best known for roles in the cultural-touchstone films Clueless and 8 Mile, was found dead in the bathroom of her Los Angeles home on December 9, 2009. The tabloids had a field day and her death made headlines around the globe. Sharon Murphy has always steadfastly denied any wrongdoing in her daughter and son-in-law’s untimel

The 40-year old Monjack was a British screenwriter and producer. His best-known work was a controversial “story by” credit for the 2006 movie Factory Girl, starring Sienna Miller. He was discovered dead inside the Hollywood home he was renting on May 23, 2010 by Sharon Murphy.

Bertolotti, an associate of organized crime figures in New York, New Jersey and Florida, died of natural causes in January 2019 at age 92. Bertolotti’s police rap sheet dated back to the late 1940s (after serving in the U.S Army during WWII) and included three felony convictions. He spent 12 years in federal prison.

According to FBI and DEA records, Bertolotti ran with the Genovese crime family, the most powerful of the New York mafia empires, and maintained ties to the Genovese organization’s Greenwich Village crew in Manhattan and Arthur Avenue crew in the Bronx. Informants described Bertolotti as a jack-of-all-trades wiseguy, a drug dealer, bookie, loan shark, con man and pimp, tasked by his superiors in the Genovese to help handle heroin deals in Harlem with famous African-American crime lords, Nicky Barnes, Frank Matthews and Frank Lucas, as well as eventually to look after some syndicate interests down in Florida.

Bertolotti was indicted on federal narcotics trafficking charges in 1974. His co-defendant in the case was Ernie (Coco) Coralluzzo, a member of future don, Vincent (The Chin) Gigante’s Triangle Social Club crew based out of Greenwich Village. NYPD and FBI surveillance logs also link him to Anthony (Tony Boy) Zinzi of the crime family’s Bronx wing. Corraluzzo pleaded guilty to robbing Frank Lucas and Frank Matthews during drug deals.

Per IRS monitoring memos, Bertolotti owned a number of strip clubs in Florida and Georgia, some used as fronts and laundries for East Coast mobsters. When Brittany Murphy was a young girl and teenager, her father went back-and-forth between Florida and New Jersey.