The Animal Is Out Of The Cage Again: Pagan’s MC In Philly Has “Gorilla” Back At Helm 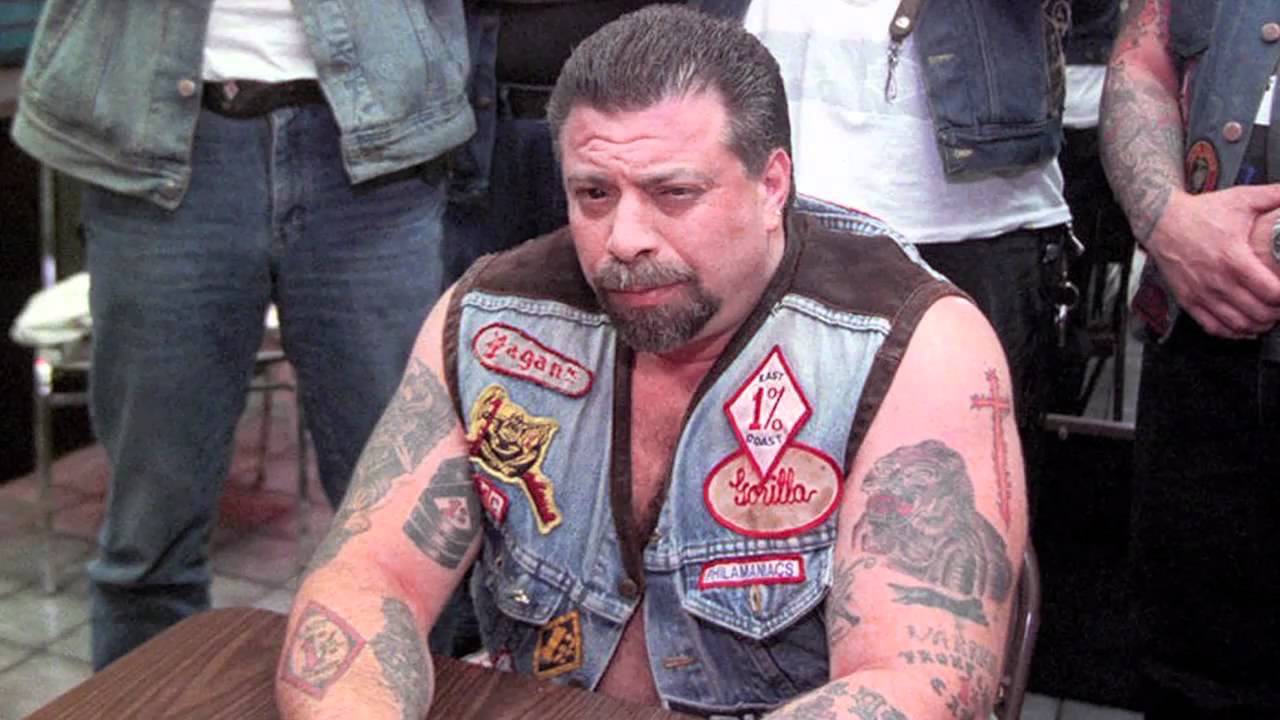 June 15, 2019 — The Gorilla has climbed his way back to the top of the Pagan’s Motorcycle Club in Philadelphia. Famous biker boss Steve (Gorilla) Mondevergine was reinstalled as president of Philly’s Pagan’s chapter in recent years, according to the new episode of Mob Talk on Youtube hosted by award-winning Philly crime reporters Dave Schratwieser and George Anastasia.

The thick-necked, broad-shouldered Mondevergine, 65, ruled the biker world in the City of Brotherly Love during the 1990s and most of the 2000s until he lost a power struggle within in his own club and subsequently his freedom in 2011 for a related assault. As Gangster Report first told you last year, new Pagan’s national president Keith (Conan the Barbarian) Richter, based out of New York, has ordered an aggressive expansion of the club’s affairs, currently focusing on pushing into areas like North Jersey and Rhode Island. Schratwieser and Anastasia emphasized this strategy in their Mob Talk video, speculating Richter views the veteran Gorilla Mondevergine as integral to his plans to widen the Pagan’s reach.

The Pagan’s were founded in Maryland in the 1950s. Pennsylvania has always been a stronghold for the club. There are 18 chapters of the club scattered throughout the east coast and parts of the south.

The 59-year old Richter and hundreds of other Pagan’s from across the east coast descended on Philadelphia over Memorial Day weekend last month for what law enforcement is describing as a “show-of-strength” get together at the Pagan’s Northeast side clubhouse in Tacony. Mob Talk cameras were rolling at the shindig and Schratwieser and Anastasia flashed a surveillance photo of Richter from the event.

Richter, long haired and chiseled like an MMA fighter, did more than a decade in prison for taking out a murder contract on a strip club owner refusing to pay extortion demands to Richter’s Long Island Pagan’s chapter — he was sprung from the can in 2012 and rose to the club’s national presidency in 2015 or 2016, per sources in law enforcement. Prior to heading to prison, Richter was the club’s national Sergeant at Arms and New York regional boss.

A former police officer booted from the force in 1982 for allegedly selling protection to area gambling networks, Gorilla Mondevergine took the Pagan’s Philly chapter to great heights in his first tenure as boss, establishing close ties to the city’s Italian mafia, the Bruno-Scarfo crime family, and the chapter itself as the cornerstone of the club’s east coast empire. Mondevergine forged a close friendship and working relationship with Philly mob don Joseph (Skinny Joey) Merlino and the pair mended fences for their respective organizations after a feud involving Merlino’s dad in the early 1980s fractured a previously-symbiotic coexistence between the groups.

Salvatore (Chuckie) Merlino, Skinny Joey’s pops and the one time underboss of the Philly mafia, clashed with the Pagan’s in 1984, ramming his Mercedes into a Pagan’s Harley Davidson bike in a drunken fit of anger. The elder Merlino died in prison in 2012. Skinny Joey is in the midst of a two-year “college” stint for gambling offenses.

Mondevergine ran into trouble when he was taken off the streets in 2001 via a racketeering conviction and had to serve three years in federal prison. His absence weakened the club’s hold over the Philly biker world and the rival Hells Angels from the west coast exploited it, setting up their own chapter in the city and poaching Pagan’s from the Tacony camp.

Some members of the Pagan’s didn’t like the way Gorilla Mondevergine was handling the Hells Angels problem and began plotting against him. Soon, two factions of the Philly Pagan’s formed, one backing Mondevergine and the other supporting Timothy (Casual Tim) Flood. Internal dissent reached a boiling point in January 2008 when Flood called for a vote to oust Mondevergine from his chapter president post at a club meeting and Mondevergine responded by shooting and stabbing him in an ensuing brawl.

Casual Tim Flood grabbed power anyway. And Gorilla Mondevergine went to state prison for the attack. While behind bars, rumors circulated that Mondevergine was going to jump ship to the Hells Angels and be given his own chapter to run upon his return to Philly.

Flood went on to enter the Witness Protection Program. Mondevergine came out of prison in late 2014 and rejoined the Pagan’s in Philly, putting the Hells Angels defection talk to bed. Sources tell Gangster Report one of the first things Conan the Barbarian Richter did upon being elected national president was to return Mondevergine to his former presidency atop the Philly Pagan’s kingdom.