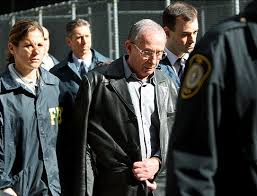 THE STATE OF THE GAMBINOS TODAY

The Gambino Crime Family has a distinct European flavor at the top of its leadership hierarchy these days. 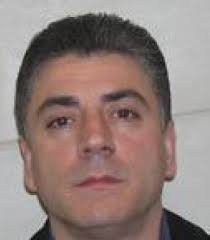 For the last three years, Domenico (Italian Dom) Cefalu, a 67-year old native Sicilian, has been the Don of the Gambinos, with 46-year old Francesco (Frankie Boy) Cali, acting as his underboss.

Italian Dom’s ascension brought a conclusion to the “Gotti Era,” when “The Dapper Don” John Gotti or one of his blood relatives ran the Family from 1985 until 2011.

Cefalu was born in Palermo, Sicily and joined the Gambinos’ Queens-centered “Zip” faction in the 1970s, making a reputation for himself as an “earner” and top narcotics lieutenant. Taking a drug-smuggling pinch in the 1980s, which he had to do six years behind bars for, Cefalu was “made” into the mafia by the headline-craving Gotti in an early-1990s ceremony, one of the Daper Don’s last before he was imprisoned for life on racketeering and murder charges shortly thereafter.

By 1994, Italian Dom was in charge of the Family’s entire Sicilian crew, once headed by Patsy Conte, his initial capo. Two years prior, he had refused to testify at Conte’s trial for the 1990 murder of Louie DiBono, a crime Conte eventually pled guilty to and served a decade in prison for. When Conte was sent to prison in the fall of 1994, Cefalu replaced him as capo.

In 2005, Italian Dom became underboss, giving his crew to Cali, currently one of the premiere up-and-coming gangsters in the United States and considered the American mob’s No.1 liaison to the Sicilian mafia overseas. Cefalu served two years (2008-2009) in federal prison for extortion related to the New York construction industry.

Cali’s parents are both native Sicilians and he is a nephew by marriage to the “Cherry Hill Gambinos,” Sicilian relatives of the Family’s namesake that settled in Cherry Hill, New Jersey in the 1970s and have rose to prominence in recent decades. He was groomed by Family power and Gotti confidant, John (Jackie Nose) D’Amico, starting off as a driver and bodyguard for D’Amico, the syndicate’s one-time street boss. FBI records indicate that Cali was inducted into the mafia in either late 1996 or early 1997 in a ceremony conducted by John (Junior) Gotti, Jr. the Dapper Don’s son and successor.

Like Cefalu, Cali , alleged to control the New York mob’s interests in the food industry, took an extortion bust in 2008 and did a two-year prison bit. Upon his release, Cali is reported to have turned down a ‘bump-up’ to the boss’ seat, with Cefalu desiring to retire soon.

Gambino Family consigliere, Joseph (Jo Jo) Corrozo, 71, is locked up on a drug-dealing conviction until 2016.