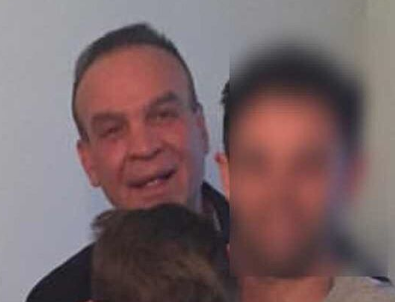 August 25, 2021 – The details behind the New York mafia’s sanctioning of Joseph (Skinny Joey) Merlino reign in Philadelphia, which today is going on two decades of mob decadence and bold gangland maneuvering, came to light last week via former Lucchese crime family soldier John Pennisi. According to Pennisi’s podcast “The MBA & The Button Man,” Merlino was backed by Genovese crime family don Liborio (Barney) Bellomo in his rise to Godfather status in the late 1990s and Bellomo blocked a plot launched by Lucchese boss Vittorio (Little Vic) Amuso from behind bars to stop Merlino’s ascent.

The nation’s most compelling underworld figure, Skinny Joey Merlino, 59, just got off supervised release from a gambling case and is back on the prowl in South Florida……and South Philly. And the Jersey Shore. Swagger has always been his middle name. He once threatened to ship Amuso’s men back to New York in “body bags” if they dare encroach on his turf in Pennsylvania and New Jersey, per the way Pennisi tells it.

Merlino relocated from Philadelphia to Boca Raton in the spring of 2011 following a 12-year federal prison stay for racketeering. Today, the feds claim he runs his crime family from afar through a series of buffers, intermediaries and street bosses. He’s spent the past week enjoying sun and fun at the Shore in Margate.

Back in the 1990s, swashbuckling Skinny Joey fought and won a shooting war to take control of the Philly mob. Part of Merlino’s takeover of the city, involved taking vengeance on past foes, including imprisoned former Philly mafia don, Nicodemo (Little Nicky) Scarfo, who had demoted his father from the crime family underboss position and chased him from the city for a brief period of time before getting locked up in the spring of 1987.

In the years that followed, Merlino returned to South Philly, teamed with an old-school labor racketeer he met while serving a prison sentence for an armored truck heist, rallied a crew of tight-knit childhood friends behind them and conquered the area’s rackets by force. One of his first orders of business was to take aim at Scarfo’s son, “Nicky, Jr” as a way of sending a message to his pops in the pen that there was a new regime in town and it wasn’t recognizing past arrangements.

At first, Skinny Joey slid into the underboss role once held by his dad, allowing the eager and brash Ralph Natale — fresh from a decade and a half in a federal correctional facility for drug, extortion and arson offenses — to be the new Philly don. Natale was a Teamster union tough guy and troubleshooter in the 1960s and 1970s and introduced and vouched for Merlino to a number of New York mob luminaries he had met in prison.

Merlino and Natale were cellmates between 1989 and 1991. Over their two years together inside, they plotted their seizure of the Bruno-Scarfo crime family and Merlino and his buddies executed the plan upon Merlino’s release. Natale came out of prison in 1994 and declared himself Godfather. He was sanctioned by New York’s Gambino, Colombo and Genovese crime families, despite his ascent’s unusual order of operations – Merlino actually “made” or inducted Natale into La Cosa Nostra, not the other way around.

Although he was officially the No. 2 in charge, it became clear years later that Merlino was running his own shadow government behind Natale’s back and keeping him in the dark on many important orders of business. When Natale was arrested in the summer of 1998 on a parole violation, Merlino pushed him out as boss and took the Bruno-Scarfo crime family all for himself.

The first issue Skinny Joey faced as the newly-minted 36-year old mob don of Philly was his own sanctioning in New York; as in, he wasn’t sanctioned. Little Vic Amuso and Little Nicky Scarfo, locked away together in a federal prison in Atlanta, used this fact to try and derail Merlino’s burgeoning mob empire and delegitimize Skinny Joe

y’s status as a boss.

Unlike Scarfo, Little Vic maintained power in his borgata after he went away to prison for life in 1991. Per informants, once Natale was incarcerated, Amuso began seeking to help Scarfo reclaim the Philly mob and usurp Merlino’s influence.

John Pennisi was a solider in Amuso’s Lucchese clan. He flipped in 2018 when he learned his superiors had placed a murder contract on his head and his testimony sank nearly the entire sitting Lucchese administration at a series of trials two years ago. These days, Pennisi blogs (Sitdown News) and records a podcast/YouTube show called The MBA & The Button Man with Tom LaVecchia.

Last week, Pennisi gave his listeners a behind-the-scenes scoop about Merlino’s rise. Pennisi socialized with Merlino and his South Philly crew during his tenure as a made man in the mafia.

On his pod, Pennisi said Amuso put word out on the street that the Lucchese family wasn’t recognizing Merlino’s reign. After Merlino established a satellite office in Boston, Amuso reached out from prison to his contacts in the New England mafia’s Patriarca crime family and told them not to recognize Merlino or the new Philly crew operating in their backyard.

Merlino was jailed in 1999 and convicted of racketeering two years later. He kept tight control of the Philly mob from prison when he served more than a decade, still forced to dodge Amuso and Scarfo’s scheming, as well as violent coups being plotted within other factions of the New York mob.

The overwhelming sense on the streets of the east coast at that juncture was that Merlino was exposed and vulnerable. Skinny Joey proved them all wrong.

First, Merlino’s Newark captain and North Jersey crew boss, Peter (Pete the Crumb) Caprio struck a deal with the Gambino and Genovese families to seize power by bumping off Merlino’s acting boss, underboss and consigliere in a triple homicide and forcing him off the throne. Caprio was indicted in March 2000 instead and turned state’s evidence, spilling the beans about his abandoned coup attempt to the feds.

Amuso and Scarfo continued to press for Merlino’s banishment, but according to Pennisi’s pod, Genovese Godfather Barney Bellomo stepped in and declared Skinny Joey boss once and for all, validating him with all New York mob families, besides Amuso’s Luccheses.

Bellomo, 64, is considered the preeminent don the Big Apple. He was the Genovese street boss when he halted all debate on the legitimacy of Merlino’s administration in the Philly mafia. The FBI believes Bellomo was appointed official boss of the Genovese crime family in 2010.

Little Nicky Scarfo died of a heart attack in 2017 in a North Carolina prison hospital at age 87. Amuso is 86 and serving his time in a Cumberland, Maryland federal correctional institute. He maintains the final word on all Lucchese affairs on the street to this very day, according to the FBI.