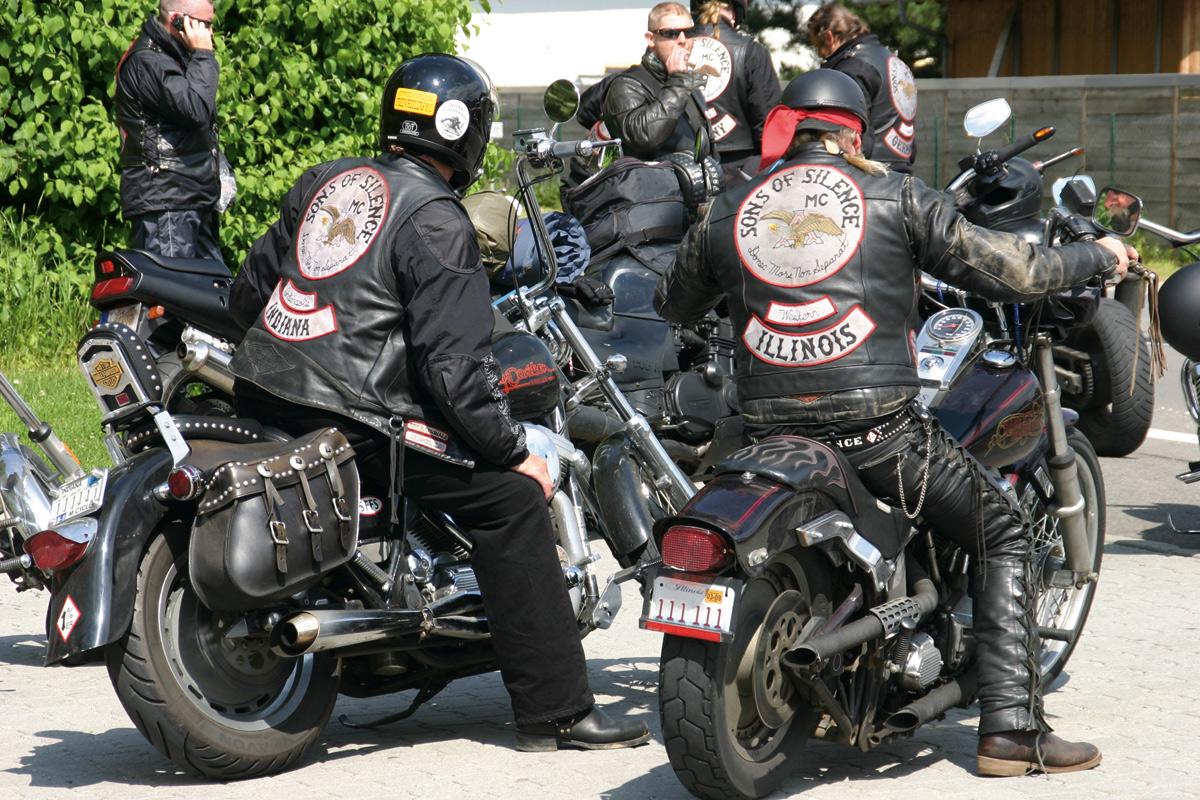 The Sons of Silence Motorcycle Club established its foothold in the Midwest in the 1970s when Michael (Righteous Mike) Ramsey brought the Sons of Silence to the heartland, setting up a chapter in Indianapolis, Indiana. Ramsey rose to become a revered SOS national president and dropped dead of a heart attack in March 1991 at the age of just 50 following his retirement from club affairs years earlier.

Founded in Colorado in 1966, the club didn’t plant any Midwestern roots until Ramsey left his full-patch status in The Outlaws Motorcycle Club and ventured out to the Rockies to ask permission from legendary Sons of Silence Godfather Bruce (Dude) Richardson to open up shop on a SOS chapter in the Hoosier State.

Currently, there are 18 SOS chapters across the United States, three residing in the Midwest (Indiana, Illinois and Minnesota) and a collection of chapters overseas in Europe based out of Germany. Ramsey turned in his Outlaws cut and colors in 1974 in the wake of internal dissention within the club and headed west to team up with Richardson

The Outlaws and the Sons of Silence went to war in Indianapolis in the late 1970s and early 1980s, resulting in a string of homicides – two being of bikers’ girlfriends – and dividing the city in half, with Indy’s westside being dubbed SOS turf and the eastside remaining Outlaw territory. Formed in a suburb of Chicago, The Outlaws have long been the biggest biker gang in the Midwest.

On the west coast, the Sons of Silence are aligned with The Mongols Motorcycle Club. Like The Outlaws and The Mongols, the SOS are enemies of the Hells Angels. Richardson, the club’s founder, went to prison in 1984 for the remainder of the decade for organizing the abduction of a man from Buffalo, New York who owed his wife $250,000. He died peacefully in 2013 at 74 years old.

Tensions between the Sons of Silence and The Outlaws in Indiana broke out into the open in July 1978 when a bar fight resulted in the near-fatal stabbing of Outlaws member Dale (Dummy) Larque. In March 1980, Outlaws International Vice President Thomas (Satan) Reeves was killed at the club’s Indianapolis chapter headquarters by automatic-weapon fire. Authorities suspect local SOS VP Steve (Crescent K) Kressin of pulling the trigger in Reeves’ murder. Kressin was locked up for drugs and weapons distribution in the 1990s.

More recently, the Sons of Silence contingent operating in the state of Indiana absorbed drug and gun charges in August 2011 and April 2012, respectively. Back in the summer of 2011, the SOS Indy chapter’s sergeant-at-arms, Jack (Little Jackie) Craft, got busted for narcotics and illegal firearms trafficking. The next year, the club’s crew in Terre Haute was nailed for selling crystal meth.