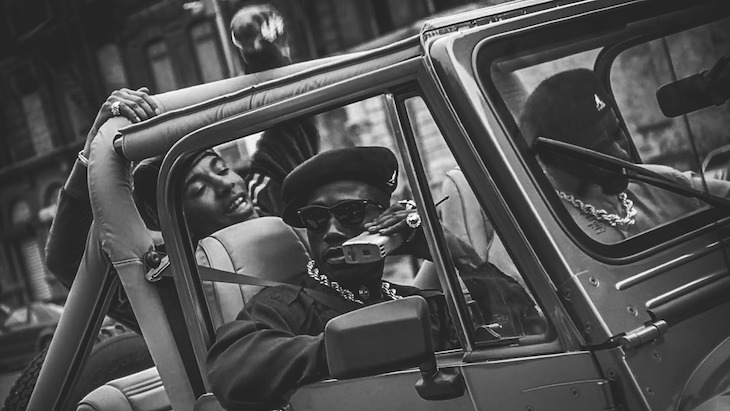 Based on a Village Voice article on Detroit’s notorious Chambers Brothers Gang, the 1991 gangster-film classic New Jack City moved the action on the screen to the Big Apple. New Jack City, a movie that has been called the “Black Scarface,” and started a trend in Hollywood, tipping off a wide slate of urban underworld dramas produced throughout the rest of the decade, was penned by Barry Michael Cooper, who wrote the heavily-praised magazine feature entitled New Jack City Eats It’s Young, published by the Village Voice in 1987.

Directed by Mario Van Peebles, the film celebrated its 25th anniversary this past spring. The Chambers brothers and most of their main lieutenants were indicted and jailed in March 1988 after revolutionizing the Motor City narcotics trade by introducing crack cocaine at the street level in the mid-1980s, just years removed from most of them moving up to Michigan from Arkansas.

Here is a list of New Jack City characters and their real-life inspirations from the actual Chambers Brothers Gang:

Playing the ruthless, brilliant and charismatic crime lord Nino Brown made Snipes a movie star. B.J. Chambers started the family’s drug empire and built it to epic heights. His older brother Marlow came on board in 1985 upon his release from prison and added some ingenuity to the family business – taking over an entire apartment complex, the Broadmoor, and turning it into a 24-hour-a-day,7-days-a-week narcotics and vice emporium (known as “The Boulevard,” which became “The Carter” in the film). Nino Brown was a composite of both B.J. and Marlow’s personality, B.J.’s leadership and natural likeability mixed with Marlow’s ambition and lethality.

Based on: Jerry (Fly Guy) Gant

G-Money was Nino’s childhood best friend and right-hand man until they fell out over the usual….money, power, respect, women, etc… “Fly Guy” Gant was the real-life G-Money, minus the drug habit and any beef with his boss. Also known on the street as, “J-Man” or “G-Man,” Gant was B.J. Chambers’ No. 2 in charge and day-to-day overseer of his operations.

Based on: Eric (Fats) Wilkins

The Duh Duh Man, nicknamed for his stutter, watched Nino Brown’s back at all times as his bodyguard and personal enforcer. In the opening scene of the movie, we see him toss an indebted rival of Nino’s off the Brooklyn Bridge at Nino’s behest. “Fats” Wilkins has no stutter, but he was B.J. Chambers’ bodyguard and primary liaison to all the gang’s top lieutenants. B.J. trusted and relied on very few, if any, more than he did Fats, who started working for him when he was still in junior high school.

Selina was Nino Brown’s high-class girlfriend, coming from an upwardly-mobile African-American family where her dad was a doctor. The inspiration for the Selina character was Cathy Volson-Curry, a sometime-girlfriend of B.J.’s and the former wife of fellow Detroit drug kingpin Johnny Curry. A fan of dating and marrying bad boys, Volson-Curry was the Mayor of Detroit Coleman Young’s niece and grew up in the lap of luxury, afforded all the ritzy perks of being closely connected to the most powerful politician in the city, including her own personal security staff. She definitely fit the Selina mold, with the main discrepancy being Volson-Curry’s drug habit.

The movie made one of Nino Brown’s primary enforcers a smack-talking female character named Keisha (‘Rock-a-bye, baby’). In real life, the Chambers brothers never had a woman hit man, but B.J. had “Tiger” Alexander and Larry had “Hot Rod” Bryd to take care of any heavy work that needed to be done

Nino Brown brings the college-educated and always freshly-dressed Kareem Akbar into his organization to help push it to the next level at the urging of his girlfriend Selina. Although not possessing a college business degree like the Kareem character, Perry Coleman was introduced to B.J. by B.J.’s girlfriend – “P-Boy” was his girlfriend’s brother – and proved integral in the gang’s growth and eventual status as kings of the proverbial drug-dealing hill in Detroit. It was Coleman that convinced B.J. to make the move from selling marijuana to rock cocaine. As Coleman was schooling B.J. on the soon-to-be wildfire market of crack rock, the smooth-talking, permanently well-coiffed “Cadillac Mario” Glenn, a childhood friend of B.J.s was acting as the gang’s recruiting director, bringing dozens of workers up from Arkansas to sell drugs for the Chambers brothers and himself. Kareem’s character in the movie acquired Glenn’s high-fashion style.

Based on: Mick (Bronco) Biernacki

The cops sent into bust Nino Brown and his Cash Money Brothers were Scotty Appleton, played by rapper Ice-T and the film’s co-lead role alongside Snipes’ Nino, and Peretti, played by Nelson as a non-conventional, no-nonsense, plain-clothes narcotics detective with an ‘I don’t give a shit about the rules’ demeanor. Appleton went undercover in the movie, gaining Nino’s trust, however in reality, no undercover officer ever infiltrated the Chambers gang. Peretti’s character does bare great resemblance to famous Detroit Police Department “cop cowboy” Mick (The Bronco) Biernacki, the head of the notorious No Crack Crew raid squad of the 1980s. Biernacki was a hard-charging, hard-drinking, Vietnam vet who attacked his job and those he targeted for arrest with reckless abandon. Peretti and Biernacki were equally controversial in their approach to police work.