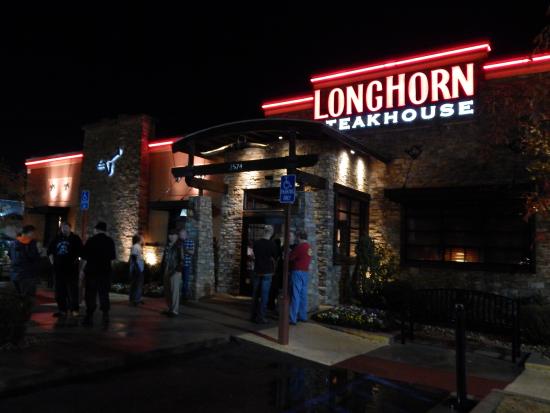 August 13, 2022 — One of the victims of a shootout between The Outlaws Motorcycle Club and The Kinfolk Motorcycle Club in Clarksville, Tennessee three years ago was acting erratically and wildly waving his firearm before being killed outside a Longhorn Steakhouse on the night of June 5, 2019, according to court records, eye-witness accounts and police reports surrounding the incident.

A review of those documents reveals the following:

Kinfolk MC members James (Jimbo) Ramsey and John (Deacon) Allgood were engaged in a heated altercation with Outlaws MC prospect Zach (Toe Strap) Tablack in the moments prior to them being shot to death. An agitated Ramsey was angrily pointing his gun and shouting insults and threats at Tablack in the restaurant’s parking lot before he was shot. Allgood and others were imploring Ramsey to put his weapon down for a good 20 seconds previous to the shootout erupting.

Tablack and Outlaws MC members Mike (Hulk) Craft and Jackie (Rapper) Davis face first-degree murder charges in the case. They’ve each pleaded not guilty and are going to make self-defense arguments at their upcoming trial in state court out of Montgomery County.

Craft, 39, was arrested near the scene on his motorcycle with one of the murder weapons on his possession. DNA from the 32-year old Davis was found on the other weapon once it was recovered from The Outlaws Clarksville clubhouse in a police search. Davis and Craft were part of the group of people trying to de-escalate the situation, instructing Ramsey to lower his weapon, per eyewitnesses.

Allgood’s grabbing of Tablack’s shirt collar and Tablack’s subsequent headbutt of Allgood apparently sparked the shootout. Tablack was wearing a motorcycle helmet when he head-butted Allgood and ignited the gunfire. All four participants in the shootout were U.S. military veterans and had tactical gun training. Tablac, 28, was shot in the volley of gunfire.

Allgood grabbed Ramsey’s gun after Ramsey was killed and unloaded the clip, striking a fleeing Tablack in the leg, in the midst of being killed himself. Police found Allgood dead on the pavement, the gun stil

l in his grip.

The Kinfolk MC was affiliated with The Pagan’s Motorcycle Club at the time of the shootout and as a result of the shootout officially patched-over to became part of the growing Pagana’s MC empire. The Outlaws and The Pagan’s have been bumping heads the past half-decade, with Pagan’s leadership launching an expansion campaign, attempting to take the club from a presence in the Southeast to a power on a nationwide scale. The Outlaws MC is a traditional biker world juggernaut, being the predominant 1% percent organization in the Midwest and the American South.

Clarksville is the fifth-largest city in Tennessee and hugs the state’s Kentucky border. Mayor Joe Pitts was dining at the city’s Longhorn Steakhouse the evening Ramsey and Allgood lost their lives in 2019.

Pitts was elected Mayor in 2018, following 11 years of service as a Democratic state congressman in the Tennessee House of Representatives. The Outlaws have operated in Clarksville for decades.

According to a review of court documents and witness statements, the lead-up to the violence looked like this:

On June 5, 2019, Tablack drove past Longhorn Steakhouse and noticed a motorcycle with a generic 1% diamond displayed on it. Once he entered the restaurant, he made small talk with Mayor PItts and had physical contact with Jimbo Ramsey. Prosecutors claim Tablack made a swipe at Ramsey’s Kinfolk MC patch on Craft and Davis’ orders. Tablack says he tapped Ramsey on the shoulder of his own volition as he was leaving the restaurant.

Tablack then went to the Tilted Kilt bar nearby and eventually met up with Craft and Davis. Cell phone pings and eye-witness acounts place Craft and Davis’ arrival at the tavern over 10 minutes after Tablack entered the establishment. The three men left the Tilted Kilt together and made their way the short distance to the parking lot of the Longhorn Steakhouse where they saw Ramsey and Allgood exiting. Ramsey had called Allgood to the scene 45 minutes earlier.

Allgood, one of the shot callers in the Kinfolk MC, had a reputation for acting as a diplomat in the past, having helped quell tensions between The Outlaws and The Kinfolk in previous dustups. He was 53. Ramsey was 37.