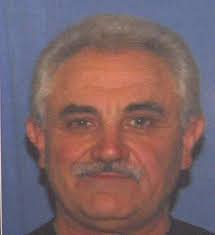 New England wiseguy and repeat felon Richie Tiberi reported to state prison last week to serve a two-year sentence for selling stolen property out of his longtime headquarters, the Decatur Social Club in Providence’s Federal Hill neighborhood. The 76-year old Rhode Island mobster, who has a myriad of convictions for gambling offenses, prescription drug sales and receiving stolen goods, pleaded no contest earlier this month to the charges of running a black market corner store stocked with items ripped off from local Rite Aid, CVS and Walgreen locations. Per his plea agreement, he will be eligible for parole by the end of the year.

Tiberi took a similar pinch in 2016. He and his older brother Joey Tiberu (d. 2016) had just gotten nabbed in a bookmaking case the year before. In November 2010, they were busted alongside then-Patriarca crime family captain Joe (The Bishop) Achille for trafficking pain pills.

The Tiberis have operated the Decatur Social Club since the 1960s. The FBI considered them part of a crew of Rhode Island Goodfellas reporting to Providence mob capo Rudy Sciarra. After Sciarra passed away in 2012, the Tiberis began “kicking up” to Achille, according to sources. Achille, eventually promoted to the Patriarca clan’s consigliere, died of natural causes last summer.