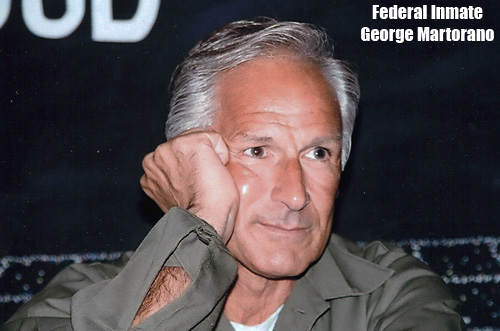 He began writing in prison and kept a blog on the internet the past several years of his incarceration, sharing with readers his thoughts, short stories and poems – he self-published a novel, too. On the outside, he ran his drug operation out of Florida in coordination with heavily-financed Mafiosi hailing from Philadelphia, New York and Northeast Pennsylvania.

The 1982 indictment Cowboy Martorano was named and eventually convicted of, charging him with heading multi-million dollar marijuana, crystal meth, heroin and cocaine-empire, is the only conviction on his criminal record and the first arrest he ever took. Nonetheless, with his case immersed in the Reagan administration’s overzealous, draconian drug laws, he was sentenced to life behind bars without the possibility of parole. He was taken into custody residing in the penthouse suite of a North Miami hotel. His dad, Long John, a seasoned South Philly mob narco czar, was killed in the winter of 2002, gunned down behind the wheel of his Lincoln Town Car on a street in his neighborhood as he drove to a doctor’s appointment, succumbing to his wounds weeks later in the intensive care unit of a Pennsylvania hospital.

Long John was serving a life sentence in prison for racketeering, drugs and the murder of a union leader until the homicide beef was tossed due to prosecutorial misconduct and his life sentence was overturned. Released from a near two-decade stint in the can in 1999, the elder and always dapperly-dressed Martorano is rumored to have locked horns with then-acting don Joseph (Uncle Joe) Ligambi in a dispute over sections of territory in the area’s burgeoning video-poker machine business. Nobody has ever been arrested in the Long John Martorano murder.

Ligambi beat racketeering charges two years ago and is alleged to be in semi-retirement, assuming consigliere duties in the newly-regenerated Joseph (Skinny Joe) Merlino era. Merlino, 53, came out of prison in 2011 after a dozen years on a RICO conviction and retook his throne atop the Italian mafia in the City of Brotherly Love, which Ligambi allegedly kept warm for him while he was away.

Long John Martorano, 75 at the time he was killed, was the syndicate’s primary drug lieutenant, labor-union fixer and a liaison to Philadelphia’s black, Irish and biker gang underworlds, dating back to the last half of the Angelo Bruno era (Bruno’s 21-year reign as Godfather of the Philly mafia was brutally ended in March 1980 when he was shotgunned to death as he sat smoking a cigarette in a car outside his house). Cowboy Martorano, a well-known playboy and ladies man, followed in his dad’s hoodlum footsteps and became known as a master drug dealer with the innate ability to construct relationships with and between different criminal factions and make the alliances worth everyone’s while financially.

In late 1983, Martorano, heeding the counsel of grizzled east coast mob attorney and de-facto Philly LCN crime family “in-house lawyer” Bobby Simone, pled guilty to charges of drug trafficking under the belief that he’d be slapped with a 10-year bid (the mandatory minimum). Instead, he was slammed with life (the mandatory maximum). Simone was indicted in a tax evasion case months prior.

U.S. Prosecutors estimated Martorano’s operation was netting roughly 75 million dollars a year in illicit gains. Federal agents seized $130,000 in cash, 3,000 pounds of marijuana, two kilos of heroin, 300,000 bunk quaaludes from Martorano in a 1981 raid. Those familiar with Martorano and the Philadelphia gangland landscape say Cowboy is hanging up his hat, lasso and spurs, being very vocal about his desire to not return to a life of crime.