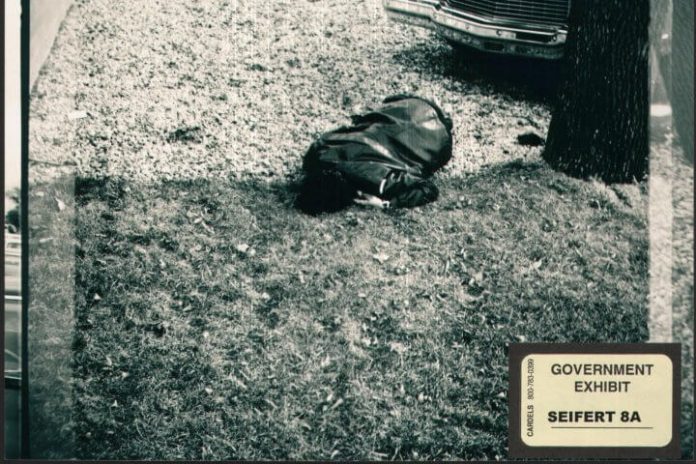 March 19, 2022 — The 1974 gangland murder of federal witness Danny Seifert sent Chicago mob bosses Tony (The Big Tuna) Accardo and Joey (Joe Doves) Aiuppa into a rage for the bad press it generated and the indelicate nature of killing a man in front of his wife and young child, per FBI reports from the era. Seifert’s killing was one of 18 previously-unsolved Outfit homicides charged in 2005’s landmark Operation Family Secrets case.

The 29-year old Seifert was gunned down on the morning of September 27, 1974 by an Outfit hit team led by lethal Windy City mobsters Joey (The Clown) Lombardo and Tony (The Ant) Spilotro. According to a top-echelon FBI informant in the months that followed, Accardo and Aiuppa considered taking Lombardo’s stripes, demoting him from capo of the Grand Avenue crew, for the manner in which the hit occurred and the bad press it brought.

“Joe B (Accardo), who loved Joey by the way, lost his mind…….he saw news of the Seifert thing come on television and almost had a heart attack he got so angry,” says a GR source who knew Accardo well during his life, confirming the FBI informant from 47 years ago. “Aiuppa wanted to take him down. Lump (Lombardo) had to come in, hat in hand. Joe B used it as a teaching moment.”

The source says Aiuppa, Accardo’s street boss-acting boss, suggested to Accardo “breaking” Lombardo — demoting him and replacing him with Marshall (Johnny Shoes) Caifano, the man Lombardo had beaten out for the Grand Ave. captain’s job, the year before. Accardo thought about it, the source claims, and decided against it, giving Joey the Clown a second chance. Caifano became Lombardo’s No. 1 adviser.

Seifert had been a partner of Lombardo and Spilotro’s in a work-pail manufacturing company and was on the verge of testifying against them in a Teamsters union pension fund fraud case tied to their business dealings. The murder was carried out at Seifert’s new Bensenville, Illinois plastics factory and witnessed by his widow Emma and his son, Joey, named after the Clown himself.

After making a name for himself as a valued Outfit enforcer and burglar on Chicago’s West and Northsides in the 1950s and 60s, Lombardo was bumped to his Grand Avenue crew skipper post in the late summer of 1973 upon the death of Westside capo Fiori (Fifi) Buccieri. Per sources with intimate knowledge of Outfit affairs at the time, Lombardo went along with the hit squad he assembled in the Seifert murder in an effort to protect Emma and Joey Seifert from being collateral damage in the grisly execution.

Lombardo placed Emma and Joey Seifert in a public restroom in Danny’s factory and guarded them as his soldiers hunted down a fleeing Seifert and shot him dead execution style in the factory’s courtyard, according to testimony in the Family Secrets trial. He stalked the Seifert home in a show of intimidation in the weeks preceding the homicide as well, per that s

Stablilizing his Grand Avenue regime in the wake of the Seifert hit fallout, Lombardo went on to rise to great heights in the Chicago mafia, eventually being named consigliere of the entire Outfit in 1992 when he walked out of a ten-year prison stint for Las Vegas casino skimming and bribery of a Nevada politician. He was indicted in April 2005 in the Family Secrets case for his role in Seifert’s murder and found guilty at the circus-like federal racketeering trial two and a half years later.

The feds claim Lombardo was the last living member of the Seifert hit team. That claim was being challenged by Lombardo at the time of his death of throat cancer in 2019, living out his final years in 23-hour lockdown at the SuperMax prison facility in Florence, Colorado. Lombardo’s quasi surrogate-son, Chicago mob associate, Charles (Chuckie Wallace) Miceli, tried coming forward to clear Lombardo and muddy the waters in the Seifert prosecution, alleging he witnessed a corrupt Chicago Policeman named Rick Madeja, kill Seifert as an eight-year old boy.

Madeja, 81, was kicked off the CPD in 1981 after his arrest and conviction for selling gun silencers on the black market and currently resides in Wisconsin. Miceli, 56, is a convicted felon and considered a one-time member of the Outfit’s Grand Avenue crew.

Without Lombardo’s knowledge (he was a fugitive of justice in the first 10 months of his case), U.S. District Court Judge James Zagel had barred Miceli’s attempt to testify. When Lombardo discovered Miceli’s affidavit in court discovery documents from his case that he was perusing in a North Carolina prison medical unit in the late 2010s, he hand-wrote and filed a motion with the court and proceeded to place a murder contract on Zagel’s head, per sources. The murder contract landed Lombardo in the Colorado SuperMax, where the United States houses the worst of the worst federal criminals. Zagel stepped down from the bench in 2016 after a storied career wearing the robe.

Spilotro and his little brother Mickey, were brutally beaten, stomped and strangled to death in June 1986 for Tony the Ant loosing control of the Las Vegas territory he was assigned to look after and plotting to kill his way to the top of the Chicago mob. At the time of his untimely passing, the Ant was a suspect in more than two dozen gangland murders. The entire drama was semi-fictionalized for the big screen in the 1995 film Casino with Oscar-winner Joe Pesci portraying a character based on Spilotro. The Spilotro brothers’ slayings and the Seifert hit were the headlining homicides charged in Operation Family Secrets.

Lombardo’s links to the Seifert murder itself are thin: his fingerprint was discovered on the rental-car title for a work vehicle used in the hit and Emma Seifert testified at the Family Secrets trial that one of the masked gunmen at the scene “moved and sounded” like Lombardo. Marshall Caifano’s then-driver Johnson (Johnny the Jack Rabbit) Rogers, testified that he was with Lombardo the morning after the Seifert murder at a Melrose Park golf driving range and Lombardo commented, “That motherfucker won’t be testifying against anyone now.”

Accardo died peacefully in 1992, never doing any serious time behind bars in his forty-plus years on top. Aiuppa passed from heart failure in the winter of 1997, four months removed from being released from prison where he spent a decade for skimming casinos in Vegas.