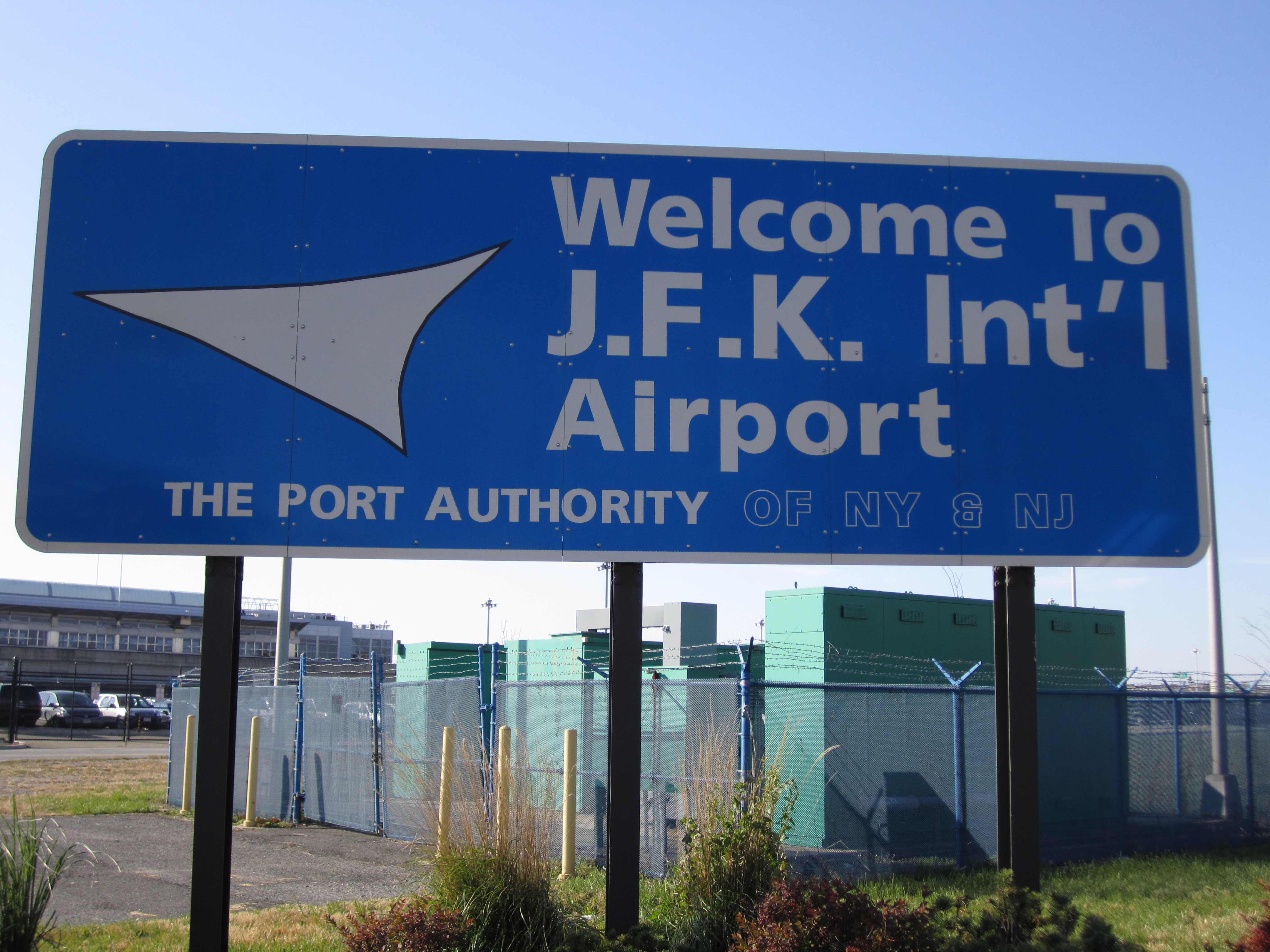 The November 1977 heroin-smuggling bust and subsequent incarceration of former Detroit drug baron Harold (The Hawk) Morton for having a potential witness against him killed sent his Murder Row crime syndicate careening onto the rails, eventually crashing into pieces on the ground with the July 1979 Michigan Federated Democratic Social Club beheading slayings.

Murder Row was founded around 1974 by Morton and fellow aspiring kingpin Francis (Big Frank Nitti) Usher and within a few years had become the No. 1 drug-dealing organization in the city of Detroit and the heads of state of the area’s defacto black mob. The two made a perfect pair – Morton spawning from the city’s westside and holding bicoastal narcotics connections in New York and Los Angeles and Usher, an eastsider with deep ties inside Michigan’s Italian mafia, personally groomed in the ways of the underworld by the notorious Giacalone brothers, “Tony Jack” and “Billy Jack,” Detroit mob street bosses for over 50 years.

And they needed each other. Usher wanted to use Morton’s east and west coast contacts to expand his distribution routes and Morton was in need of new lines of supply – such as Usher’s mob-based source – since his main L.A. wholesaler, transplanted Detroiter, Vernard (Butch) Harris, was killed in the summer of 1974 in a DEA raid of his Beverly Hills mansion. Harris had relocated to L.A. years prior and owned Sound Track Records, a fledgling soul, funk and R&B music label.

Just last week, Usher, 71, found his way back into the headlines, not to mention handcuffs, being federally indicted for running a “heroin house” on St. Aubin and East McNichols Boulevard. He was arraigned Friday in U.S. District Court in downtown Detroit and pled not guilty.

While living relatively quietly for the past two decades, safely out of the limelight, forty years ago, was a whole different ball game. In other words, Big Frank Nitti (given his moniker in honor of 1930s Chicago Italian mob Godfather Frank “The Enforcer” Nitti) used to be a really big deal. His joining forces with Morton had people on the street talking, taking notice and shaking in their boots. That boot-shaking came as a result of Murder Row’s hair-triggered roster of fearless hit men, most notably Chester Campbell, a career criminal described by those who knew him as the human embodiment of the Grim Reaper.

“They called those cats Murder Row because in addition to being hustlers and dope slingers, they were all straight killers, from top to bottom, if you weren’t willing to get down (kill somebody), they wouldn’t fuck with you,” said one Gangster Report source. “It was like a baseball team that they say has a murderer’s row of batters, but in this case they were all coldblooded killers. That’s where the name came from.”

Campbell was a professional freelance assassin with a genius IQ and close to 100 executions under his belt, if you believe street lore and FBI informant tales. Meeting Campbell through his pals in the Italian mafia, Usher recruited him for his new super gang.

However, Campbell, known ominously as “Dr. Death,” “the Angel of Death,” “Black Death” and “the Undertaker” and headquartering his activities out of a funeral home, was imprisoned early on in Murder Row’s reign and his job as the gang’s top enforcement tool was assumed by Adolph (Doc Holiday) Powell, a Morton friend and associate who had landed in the Michigan years before from New Orleans. Powell was a wildcard, flamboyant, loud and difficult to keep a lid on. He and Usher didn’t get along from the start. Morton knew how to talk to him though and could contain his ticking time-bomb nature.

With Morton there to act as a buffer, Doc Holiday and Big Frank Nitti played nice. Then, all of a sudden, he wasn’t there anymore and the whole operation collapsed into chaos. The long-gestating flames of discontent were stoked by Morton’s legal troubles, catapulting Usher and Powell into full-scale war.

And it all traced back to New York City and Morton’s collar at the airport on a return trip from Holland, where he had purchased a large amount of “China White” and was trying to bring it back into the country.

Morton and two of his female drug mules were apprehended by U.S. Customs on November 18, 1977 at New York’s JFK International Airport coming back from Amsterdam with close to a pound of heroin stuffed in the women’s undergarments. Being interrogated by the DEA, both female couriers, Gloria Roe and Sandra Jones, admitted carrying the narcotics for Morton and Morton’s Murder Row organization and Jones agreed to cooperate with authorities and testify against Morton in court.

Released on a $100,000 cash bond, Morton returned to Detroit by Thanksgiving, arranging for a Manhattan-based attorney to represent the pair of ladies – roommates in a apartment on the Motor City’s eastside, unaware that Jones had already flipped. Roe and Jones were back in Michigan by the first week of December and immediately summoned to a meeting at the office of Morton’s attorney Allan Early. Two years prior, Early had represented Tony Giacalone, when he was called in front of a federal grand jury investigating the July 1975 disappearance of Teamsters union boss Jimmy Hoffa of which Giacalone and his brother were prime suspects.

At a private meeting held in a conference room at Early’s office between the two women and Morton, Roe promised Morton she would do prison time for him, but Jones told him bluntly she wouldn’t, according to court transcripts. The following day, Morton showed up at the girls’ apartment and was informed by Roe that a frightened Jones had fled to California that morning. An informant told the DEA, that he was told that Morton reached Jones by phone in San Diego, where she had flown to from her hometown of Birmingham, Alabama and Jones requested money from Morton so she could stay away from “the heat” and not be forced to testify against him.

Morton rejected the idea. Instead, he decided to silence her himself, ordering her killed. Hiring a hit man named James McKnight, Morton paid him $3,500 to fly to California, track down Jones and murder her. Worried that Morton knew she was in San Diego, Jones traveled to Los Angeles and hid out with a childhood friend. Unfortunately for Jones, someone tipped off Morton that a girl Jones had lived on the same street with growing up lived in West Los Angeles and was trying to be an actress. On December 11, exactly a week after being released from a New York jail cell facing drug-smuggling charges, Sandra Jones was found dead in her car parked in a West L.A. alley, shot twice in the back of the head.

McKnight became a witness-for-the-government and Morton was behind bars by the end of the year. He was convicted of conspiracy to commit murder in 1980 and sentenced to life in prison – the drug-smuggling charges were dropped before trial due to lack of evidence. Another associate of Morton’s and Usher’s to meet their demise on the west coast was Maurice Downs, an eastside Detroit heroin wholesaler who had moved out to Hollywood to produce (Project: Kill) and act in movies (the Pam Grier-vehicle Sheba, Baby, Disco 9000) and was killed in a hail of bullets in April 1981 as he departed a L.A. nightclub.

Murder Row crumbled without Morton on the scene to keep Frank Usher and Doc Holiday Powell from tearing each other’s heads off. Almost as soon as Morton was off the streets, Usher and Powell went at it and Murder Row broke off into two factions with members falling into pro-Usher and pro-Powell camps and duking it out for territory. Over the next two years, at least 15 slayings were attributed to the Murder Row gang war, concluding with the July 18, 1979 Michigan Federated Democratic Social Club Massacre, an internal syndicate “purge” of Usher lieutenants William (Dirty Dirt) McJoy and William (Straw Hat P) Jackson and McJoy’s girlfriend Joanne Clark killed execution style, their heads and hands cut off.

Usher, Powell and three others were charged with the triple homicide. Although initially convicted at trial, Usher had the conviction tossed by an appellate court years later and was acquitted at a second trial. Powell was acquitted at the original trial, but only lasted until 1983 when he was slain himself inside a popular Detroit watering hole and gangster hangout called La Player’s Lounge.

After Usher was jailed in October 1979, Murder Row basically disbanded. Morton was finally paroled in 2010, having served over three decades in prison. Besides the murder conspiracy charge, Morton has two cocaine-dealing convictions on his record, one based out of purchasing activity in LaLa Land and his tie to L.A.’s original coke kingpin, Thomas (Tootie) Reese.

In terms of historical significance, Murder Row was the last major urban drug organization in Michigan to use the Detroit Italian mafia as it’s main supply source. From the days following the Prohibition Era into the 1970s, the Motor City was the heroin distribution hub for the entire nation, a sophisticated and heavily- insulated network of dealers and Eurpoean supply lines headed by internationally-powerful Detroit Mafiosi Giovanni (Papa John) Priziola, Peter (Bozzi) Vitale and Raffeale (Jimmy Q) Quasarano. Priziola, the Detroit mob’s consigliere for over 40 years, died of natural causes in April 1979, three months prior to the social club slayings and Murder Row’s self-ignited implosion.