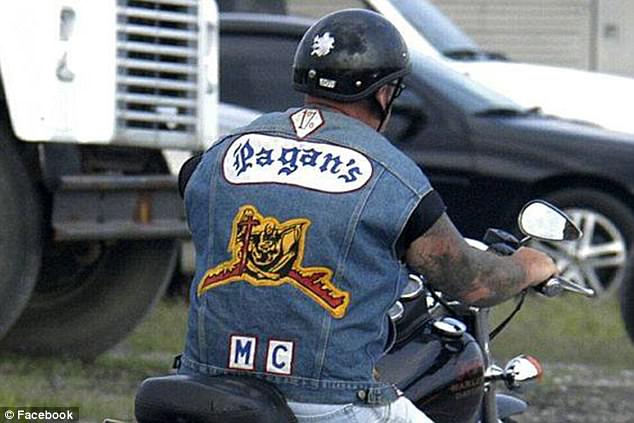 According to sources in law enforcement, one of the first things Keith (Conan the Barbarian) Richter did when he took the reins as the national president of The Pagan’s Motorcycle Club was to order a push into the northern part of New Jersey. Back in the spring, New Jersey Pagan Robert (Hell Boy) DeRonde was arrested for beating a member of the Newark Hells Angels chapter with a metal baseball bat. Immediately following the incident, federal authorities in the Garden State circulated a memo warning of violence related to Richter’s mandate and increasing tensions between The Pagan’s and the Hells Angels.

Headquartered on the West Coast, the Hells Angels opened up its Newark chapter in the 2000s. The Pagan’s are the most prominent motorcycle club on the East Coast and currently maintain a foothold on biker activity in South Jersey, the Jersey Shore and nearby Philadelphia. The club was founded in Maryland.

Richter, 58, comes from The Pagan’s Long Island, New York chapter, where he was the president in the 1990s before being sent to prison for putting a murder contract out on a local strip club manager who rebuffed extortions efforts from the club. A former Sergeant at Arms in the national Pagan’s hierarchy, Richter did 14 years behind bars and was released in 2012. Richter’s successor as boss of the Long Island Pagan’s, Jason (Roadblock) Blair was incarcerated for ordering the murders of several Hells Angels, continuing a turf battle that dates back to the 1970s.

The 54-year old Hell Boy DeRonde was nailed on narcotics trafficking charges in 2010. He was busted with Blair. Per a police report, in April, DeRonde tracked a Newark Hells Angel from his clubhouse to a gas station and attacked him, putting the Hells Angel in the hospital with broken ribs and a cracked skull.