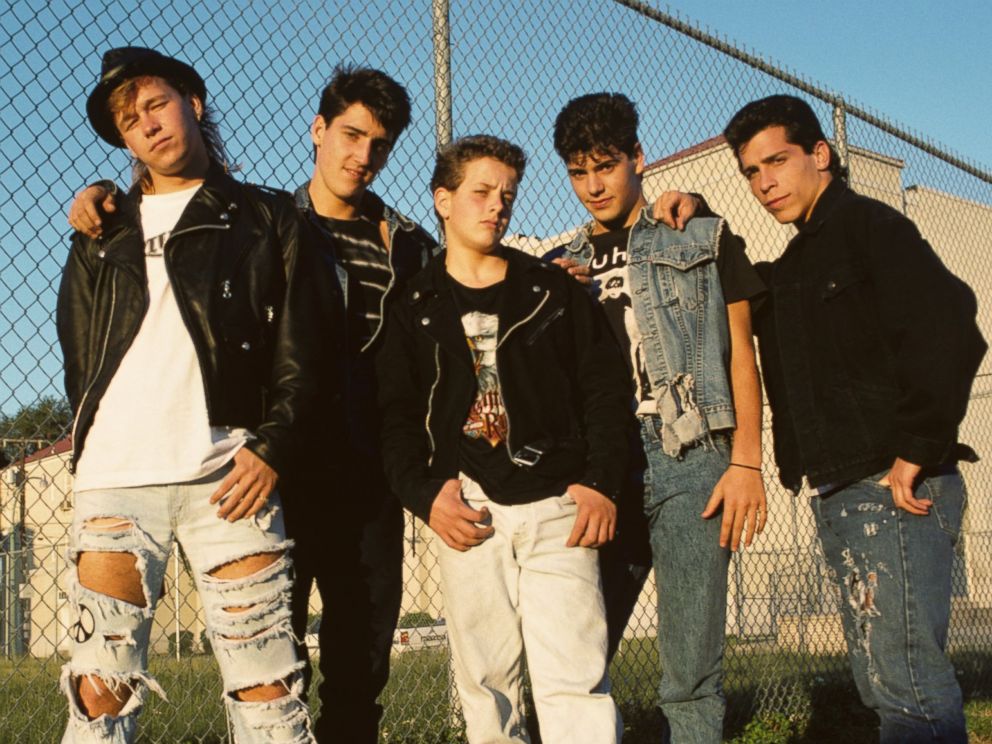 Boston mob figure Jimmy Martorano helped finance and owned a piece of the New Kids on the Block music group in the band’s enormous heyday of the late 1980s and early 1990s, according to court testimony this week and court records from almost 30 years ago. Music promotor and film producer John McAveeney took the stand for the defense Thursday afternoon in former New England mafia don Francis (Cadillac Frank) Salemme’s murder trial and testified that Martorano, a top Salemme lieutenant during Cadillac Frank’s notoriously bumpy reign in the 1990s, introduced him to Salemme’s alleged victim, nightclub owner Stevie DiSarro. He referred to Martorano, 76, as “one of the founders of New Kids on the Block.”

The group made up of five blue collar kids from Boston got off the ground in 1984 and by the end of the decade was selling out arenas worldwide and the crush of seemingly every girl between the ages of 7 and 17. New Kids on the Block split up in 1994 amid the hip-hop and grunge music explosions, eventually reforming in 2007. A pop-culture nostalgia wave has brought them back to touring in recent years.

The 43-year old DiSarro co-owned the famous Channel nightclub in South Boston, with Salemme and Salemme’s son, Francis (Frankie Boy) Salemme, Jr., and disappeared on the morning of May 10, 1993 on his way to a meeting with his wiseguy partners. Prosecutors say that was the day Salemme, Jr. strangled DiSarro to death on his dad’s orders in their family home in Sharon, Massachusetts for the belief that DiSarro, on the verge of being indicted for bank and real estate fraud, was stealing from then and cooperating with authorities.

Salemme, 84, was in the Witness Protection Program when he was arrested in the months after DiSarro’s remains were found in Providence in the spring of 2016. Salemme, Jr. died of natural causes at just 38 years old in June 1995.

Jimmy Martorano was a captain in the elder Salemme’s mob empire before he went to prison for racketeering in 1992. He had acted as Salemme’s go-between with crime families in New York. Court documents in a civil bankruptcy law suit filed in 1990 alleged Martorano loaned late 20th Century pop-music impresario, Maurice Starr $50,000 for a 25% ownership interest in the group, which would go on to sell close to a million records.

McAveeney took the stand this week at Salemme’s trial to help refute testimony provided by one-time Salemme ally, Stevie (The Rifleman) Flemmi, the former second-in-charge of the Boston Irish mob, known locally as the Winter Hill Gang, who told jurors he accidentally walked in on DiSarro’s murder while it was occurring. Just weeks prior to his slaying, DiSarro confided to McAveeney that Flemmi was threatening to kill him if he didn’t fork over $60,000, per McAveeney’s testimony.

The Italian Flemmi and the half-Irish Salemme were groomed together in the Boston underworld under Irish mob boss Edward (Wimpy) Bennett and Italian mob capo Larry Zannino. According to his testimony, McAveeney grew up around members of the Winter Hill Gang, including iconic Irish Godfather James (Whitey) Bulger and Jimmy Martorano’s older brother Johnny Martorano, Bulger and Flemmi’s most-trusted hit man. Johnny Martorano became a cooperator after he, Flemmi, Bulger and Salemme were all busted in a January 1995 federal racketeering indictment.

Flemmi admits to killing upwards of 50 people. Bulger was convicted of 11 murders at trial in 2013 after 16 years on the run with Flemmi being the star witness against him in court. McAveeney claimed in his testimony that he aided in the brokering of the film rights of the best-selling book Black Mass about Bulger and Flemmi that finally made it to the big screen in the 2015 Johnny Depp starring vehicle.

Jimmy Martorano, a college-educated wiseguy, started his gangland career in the Winter Hill Gang, however, once Salemme rose to the boss’ seat in the area’s Italian Patriarca crime family, he shifted his allegiances and was part of Cadillac Frank’s first mob induction class. Martorano got out of prison in 2001.