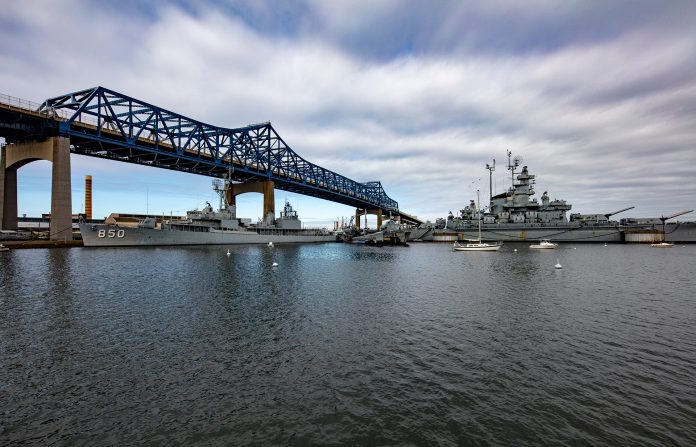 The trial charging Noe, 28, with killing Sidewinders MC member Eric Voshell in a parking lot attack of him, fiancée and uncle by a mob of weapon-wielding Sidewinders began this week. Noe faces life in prison if convicted. Fall River is a working-class factory town located between Boston and Providence.<

The 39-year old Voshell was shot to death in the parking lot of J.C.’s Cafe, a popular biker hangout in Fall River on the night of September 13, 2019. Security video footage from the establishment shows more than a dozen Sidewinders descending on Noe and his fiancée as they departed the tavern, then retreating when Noe showed the assailants his registered weapon and going after his uncle instead. Moments later, Noe shot at the group of Sidewinders attacking his uncle and Voshell was killed swinging a lead pipe. Noe’s uncle suffered a cracked skull but survived the assault.

The Sidewinders MC is a support club for the Hells Angels MC. The Outlaws and Hells Angels have been at war with each other since the 1970s. Noe’s dad, Joseph (Joe Dogs) Noe, Sr. is a former president in the club and helped bring The Outlaws to New England three decades ago.

Back in the fall of 2019, Jo Jo Noe was having a drink at a table in the back of J.C.’s Cafe when Sidewinders MC affiliates patronizing the bar noticed his presence and phoned for re-enforcements. Within minutes, Noe was confronted by a Black Hand MC shot caller — the Black Hand MC “supports” the Sidewinders — and as him and his entourage left, they were met by a collection of arriving Sidewinders on their choppers ready to brawl, according to court documents and police incident reports. One of the Sidewinders swung a hammer at Noe’s fiancée Stephanie to ignite the violence.