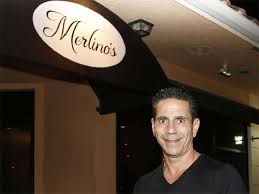 By SCOTT M. BURNSTEIN (co-author of Mafia Prince): Here is what I make of these recent rumors leaking out of Philadelphia that dapper and dynamic mob boss Skinny Joey Merlino might have signed off on Gino DiPietro’s 2012 murder and that the FBI wants the DiPietro homicide (and maybe others) to be included in a forthcoming RICO indictment levied against Merlino (in prison for another two weeks via a violation of his parole) and his administration at the top of the famously violent Bruno-Scarfo syndicate.

I firmly believe that Joey sanctioned the DiPietro hit. However, I feel a RICO headlined with murder counts, coming down any time in the near future is unlikely. There just isn’t enough there to charge, even if the feds are certain they know what happened and who did it. Wanting to bring charges and bringing a case you can win with are two very different things.

Stories of pending indictments from law enforcement sources in Philly have some times turned out more bark than bite since the dawning of the New Millennium. Knowledge of meetings and relayed accounts of conversations do not make convictions – you need hard evidence, a smoking gun, a person to point the finger with first-hand accounts and intelligence. Minus something we don’t know right now, none of that exists.

How do I think it went down?

Well, whatever the reason, I believe DiPietro, an FBI informant who had ratted out his first cousin in a 2007 drug case, was marked for death. Did it have to do with the 2003 “Johnny Gongs” Casasanto murder or family backlash from his cousins, I don’t know. I just feel pretty confident that Anthony Nicodemo (pled guilty to his role in the DiPietro slaying in February) didn’t go off and do this by himself, on spec or at the spur of the moment. The man has balls like few else in the east coast underworld, but he ain’t a wild card or notorious loose cannon. Rather, I’m pretty sure he was let loose by those above him in the crime family, specifically Skinny Joey, a man that tapped Nicodemo a protégé of his some two decades ago.

People that claim there is no way this could have been premediated because of how poorly and willy-nilly it was pulled off are missing the mark. Even the best criminals make mistakes – and while Nicodemo was no idiot, nobody has ever mistook him for Meyer Lansky or Carlo Gambino. This was stupid and reckless and yes, I think it was plotted out beforehand, given over from Merlino to Nicodemo to set up himself and just done incredibly arrogantly and with incredibly dismal precision.

If I know anything in this world, it is this: the feds have a hard-on for and vendetta against Joey Merlino to such a degree that its palpable in everything they do, every move, every action, every word – I personally know of a handful of just everyday citizens that have had to interact with Merlino since his release from his most-recent RICO bust in early 2011 and were promptly apprehended by the FBI for questioning. FBI agents and U.S. attorneys in Philadelphia want to bury him in a hole so bad, they’d sell their first born kids. I swear to God. The only things in the annals of American legal history that could equal this lust for the sinking of a man and his criminal empire would be Al Capone in Chicago circa 1930 and John Gotti in New York circa 1990.

That being said, I have no doubt that Merlino and his crew of boyhood chums and fellow former street-corner hoodlums-turned mafia brass, will face another RICO case at some point in time down the road. I’d bet my house on it. Whether that indictment has murders attached, I don’t know. I wouldn’t be shocked either way. What I do know is that Skinny Joey is Public Enemy No. 1 when it comes to the government’s war on organized crime in this country and he’ll be hassled and harangued by the FBI and IRS for every waking minute of his life or until he’s either deceased or locked away in a prison cell for the rest of his days.