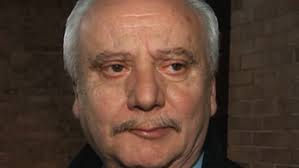 Michele (Mike) Torre, a lieutenant in the Montreal mafia, is set to be deported to his home country of Italy by the end of the fall, in an order by the Canadian Immigration and Refugee Status Committee handed down earlier this month.

The Torre family has been in Canada since the 1960s. Mike Torre has permanent residency in the country, however doesn’t have actual citizenship. In the 1990s, he was nabbed in a cocaine conspiracy case alongside former Montreal mob leader Frank Cotroni

Montreal’s underworld is in a state of chaos, stemming from the imprisonment of Godfather Vito Rizzuto a decade ago for his role in the famous “three capos murders”, which ended a 1981 power struggle in New York’s Bonnano Family and was dramatized in the Johnny Depp movie Donnie Brasco (1997).

From almost the moment he entered his American prison cell in 2007 (he served the first part of his time in Canada), Rizzuto found his crime family and his real family under siege by a group of his former men that sought to wrestle control of the vast racket empire he led away from him while he sat helpless behind bars.

At the forefront of the revolt was Raynald Desjardines, Rizzuto’s one-time right-hand man, who had joined forces with Bonnano boss, Salvatore (Sal the Ironworker) Montagna, the deported New York City don that landed in Montreal in the late 2000s and desired filling the void left by Rizzuto’s incarceration.

The Montreal mafia and the Bonnano family have been doing business together dating back a half-century, with Italian organized crime in the region first viewed as a branch of the New York mob, before establishing complete independence in the last 20 years.

The relationship between Desjardines, considered one of the world’s most powerful non-Italian Mafiosi of the past few decades, and Montagna, in his late-30s at the time and overly ambitious, quickly strained and ended with Desjardines allegedly engineering Montagna’s 2011 assassination, a crime he’s currently awaiting trial on.

Faced with the task of choosing factions in the soon-to-be raging out of control gangland conflict, Mike Torre and his nephew, Joe Pepp, sided with the Rizzutos in the Family war.

Rizzuto saw several key administrators and close relatives brutally slain or disappear in the five years he was away from his international mob kingdom, including his father, son and brother-in-law, all considered parts of his inner-circle in operating the crime syndicate.

Upon his return to Montreal in late 2012, Rizzuto is alleged to have gone on a killing spree, seeking revenge on those that had turned on him and those who were directly involved with the murders of his allies and members of his family. More than a half-dozen bodies fell in the year following his release from prison, all believed to have been ordered by an enraged Rizzuto.

Former trusted lieutenants such as Joe Di Maulo, Moreno Gallo and Juan (Joe Bravo) Fernandez were each slain, as was Salvatore (Young Gun Sam) Calautti, fingered by informants as the renegade faction’s No. 1 hit man.

The name of Rizzuto’s replacement is unknown for sure as of now. There have been up to 15 homicides that Canadian authorities’ link to the warfare in the Montreal mafia.