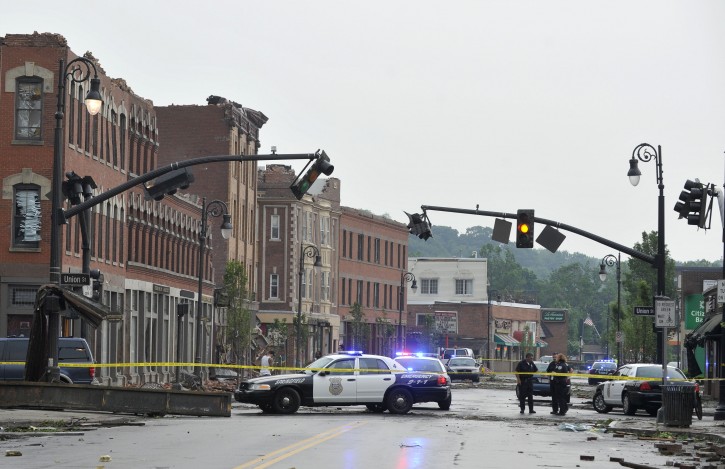 The mafia in Springfield, Massachusetts, rich gangland territory on the western part of the state for years and a longtime Genovese crime family stronghold, has a new boss. According to some more excellent reporting from Springfield investigative journalist and resident area “mobologist” Stephanie Barry, the freshly-minted Genovese syndicate crew leader in the region is Albert Calvanese, a convicted racketeer with a fearsome reputation on the streets.

The burly 52-year old Calvanese took a loansharking bust in 2006 and did four years behind bars. Before his incarceration, he was a top earner and enforcer for his predecessor, ambitious mid-2000s thirtysomething Springfield don Anthony (Bingy) Arillotta, who took power in the city by force at inly 34 with arranging the execution of his mentor, Adolfo (Big Al) Bruno.

Per sources in local law enforcement, Calvanese, a self-admitted recovering drug addict, used to work as a collector for Bingy Arillotta, the young mafia baron “made” into New York’s Genovese crime family in August 2003 and then within months promoted to the Genovese’s capo in charge of Western Massachusetts after Bruno was gunned down in front of his Our Lady of Mt. Carmel Social Club on November 23, 2003 by a shooter he had his crew dispatch.

Besides his 2006 racketeering collar, Calvanese’s arrest record is relatively tame: illegal firearm possession, shoplifting, knowingly accepting stolen property and a drunk and disorderly conduct charge. Bingy Arillotta was indicted in 2010 and quickly turned witness for the government. He is currently imprisoned. Barry reported last week that Arillotta is sending word that he might try to return to Springfield following finishing serving his prison sentence.

Just as Arillotta landed behind bars in early 2010, Calvanese was on the verge of getting out. Calvanese walked free in July 2011. He had pled guilty in 2007 to racketeering and loansharking, traced to a $20,000 juice loan made to an organized crime associate named Mark McCarthy, a mortgage broker from the Springfield area. When the feds raided Calvanese’s home and arrested him in November 2006, they found $750,000 in cash, which was seized and split between the FBI and Massachusetts State Police.

Problems arose for Calvanese the previous year upon McCarthy getting in trouble with the law. Indicted for wire fraud related to a shady real estate deal and facing jail time, he agreed to help the government build a case against Calvanese.

A body-wire on McCarthy caught Calvanese threatening to physically harm him if he didn’t pay back the 20K he had borrowed. “

“You avoiding me?……..Get me my money or I’ll beat the shit out of you in front of your wife you cocksucker….do you think I’m fucking around here or what?”

Federal prosecutors told the judge in his case that Calvanese was “obsessed” with taking vengeance on McCarthy for his betrayal in an effort to get the judge to deny a bail request and leave him locked up pending trial. Keeping tabs on him in a Boston jail, authorities heard him discussing with his wife on a recorded phone conversation the fact that he wished McCarthy and his family were all killed, “even if the kids are innocent,” and possibly having associates of his case McCarthy’s movements prior to testifying in court in an attempt to set-up a retaliatory hit.

Included in Stephanie Barry’s revealing that Albert Calvanese was the new Genovese crew boss in Springfield was a reported public fist fight he recently got into with local Goodfella and convicted loanshark Carmine (The Barber) Manzi at Manzi’s South End barber shop – the South End is Springfield’s Little Italy neighborhood – that degenerated into a multi-person melee which spilled on to the street, however never resulted in any criminal charges. The 66-year old Manzi was pinched in an early 2000s federal racketeering case for making juice loans out of Famous Tony’s Barber Shop on behalf of the Springfield mafia faction.

The case yielded the FBI $800,000 in cash it discovered in a safe in Manzi’s basement as well as the heads of local mob chiefs Albert (Baba) Sciabelli and Anthony Delevo, both currently deceased – for

A voicemail left for Little Joe by an indebted gambler that made it into the December 2000 indictment captured both sentiments.

“What are you doing sicking your dogs (enforcers/collectors) on me?… that’s some dirty shit, bro. I aint paying you any more juice and I know that’s what your waiting for……..I just don’t want your guys harassing me anymore.”

Villa Joe Manzi feuded with Bingy Ariollotta as Bingy ascended up the syndicate’s ladder in the late-1990s and early-2000s. Manzi dodged numerous attempts on his life coming on Arillotta’s orders, highlighted by avoiding being shot and killed at a South End intersection when his idling Mercedes at a stop light was riddled with machine gun fire from a passing vehicle. He did prison time for his role in his dad’s 2000 case.

Following being released from prison, Villa Joe popped back on the Springfield underworld map in 2008 by engaging in a beef that became violent with a group of former teenage employees of his in an alleged drug operation he was helming. Associates of Villa Joe’s physically attacked and reportedly tried to run over one of the teenagers with his car causing a subsequent gun fight on the road in a high-speed chase in the minutes after the vehicular assault. That incident allegedly led to the trio of teen hoodlums firebombing Manzi’s home.

The Beantown Lowdown – Could The Patriarca Clan Be “Making” a Statement This Summer?

Back in March, an exclusive Gangster Report source in Boston speculated that younger-era New England mafia family figures Johnny Scarpelli and Salvatore (Tea Party Tore) Marino were on the fast-track to “made” status in the Patriarca mob syndicate with the release from prison of their underworld mentor, area underboss Carmine (The Big Cheese) DiNunzio. Now, that same source, and two additional ones, are coming forward and claiming that DiNunzio recently inducted Scarpelli, 41 and Marino, 38, and at least one other individual – believed to be related to DiNunzio in some fashion – into the region’s LCN (La Cosa Nostra – The American Mafia) syndicate in a ceremony that was overseen by reigning don Peter (The Crazy Horse) Limone and took place in the basement of a restaurant in the North End. Per these sources, acting boss Anthony (Spucky) Spagnolo and high-ranking captain Matthew (Good Looking Matty) Guglielmetti were in attendance as well.

The Big Cheese is currently on parole and meeting with known members of organized crime is a violation of his supervision conditions. DiNunzio got out of the clink in February on the heels of serving six years on a two racketeering convictions (gambling and extortion). The first bust in 2006 also brought down Scarpelli and Marino, nailed for being key DiNunzio lieutenants in the Big Cheese’s Gemini Social Club crew that ran the Beantown rackets from the early-to-the-late 2000s. The pair of then-aspiring button men were also arrested alongside DiNunzio in a gambling case in 2003 – in both instances the duo of Boston wiseguys and childhood friends proved their merit as loyal soldiers, kept their mouths shut and did their time without a complaint.

Even with Spagnolo facing likely prison time for an extortion case he got slapped with last fall, the power in the Patriarca family is back in Boston, where Limone, the entire Gemini Social Club group and Spucky Spagnolo reside, opposed to Parillo and Guglielmetti, who command the Providence wing of the syndicate in tandem, according to sources. Good Looking Matty Gugs got out of the can last year after a stint as a guest of the government for protecting cocaine shipments shuttling through the state of Rhode Island.

Former Godfather Luigi (Baby Shacks) Manocchio, 87, was sprung from prison earlier this year and is retired and on parole in his old stomping ground of Providence’s Federal Hill neighborhood. Before his own extortion indictment, Manocchio had surrendered the reins of the Borgata to Limone, his consigliere.