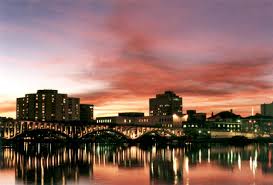 1 The Giovingo Brothers Murders – Rockford’s Prohibition Era mob powers, the Giovingo brothers were killed as a result of a war against Tony Musso, who would go on to lead the city’s mafia family for the next two and a half decades. Joe Giovingo was murdered on August14, 1930, while Pete Giovingo was slain on February 13, 1933, hours after he was released from a two-year prison term. Pete Giovingo was ambushed with gunfire from a passing car while taking a “return drive” through downtown Rockford in his Chevrolet Coupe.

2 Joe Maggio – A Rockford mob power of the 1970s, Maggio locked horns with the city’s then-don Joe Zammuto over Zammuto’s decision to back drug dealing in the city limits and was murdered on April 8, 1980, his body discovered on the west side of Rockford by Winnebago County Sheriffs in the backseat of his car, shot in the back of the head. Zammuto is said to have ordered the hit from semi-retirement in Florida. Investigators found more than $20,000 on Maggio’s corpse. FBI surveillance units followed a number of Rockford mafia figures down to the Sunshine State to meet with Zammuto in the weeks leading up to and after the Maggio slaying.

3 Charles Kalb – The last independent gangster operating in the city of Rockford, a mob hotbed located between Chicago and Milwaukee, Kalb, a bookmaking and horse racing magnate, was killed on Dec 22, 1937. He was shot dead while driving up his block in his car, sitting beside his wife and bodyguard, who were unharmed. The slaying was never solved.

4 Charles La Franka – A Rockford mob soldier that was beaten and strangled to death on January 17, 1965, after failing to attend several meetings at the Aragona Social Club, Joe Zammuto’s headquarters, La Franka was found in the trunk of his car in an Elgin, Illinois parking lot. Zammuto felt disrespected by La Franka’s continual ignoring of his orders to come in and ‘register’ his rackets with the mafia’s local administration.

5 The Angelo Buscemi & Louie DalCollo ‘Shootout Murders’ – Buscemi, the first cousin of future Rockford Godfather, Frank Buscemi, was sent by sitting-boss Tony Musso to shakedown a set of local bars and restaurants and ran into a stubborn DalCollo, which resulted in a gun fight outside DalCollo’s tavern on August 17, 1934 that ended up killing both men.