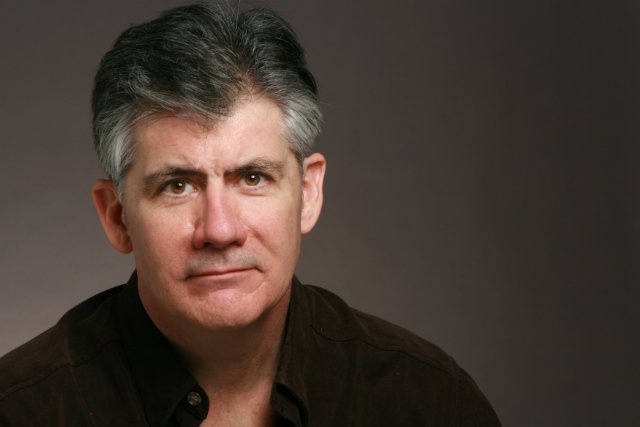 The murder of Roofers Union boss and Philadelphia Irish mobster John McCullough will be shown in the much-anticipated Martin Scorsese mob “supergroup” movie, The Irishman, currently in production in New York and New Jersey. Character actor Kevin O’Rourke, best known for roles in popular television shows like Boardwalk Empire and Law & Order, will portray McCullough in the film, which centers around the relationship between iconic former Teamsters president Jimmy Hoffa and east coast hit man Frank (The Irishman) Sheeran.

During his days doing his bidding for the mob, Sheeran worked with McCullough on union affairs on behalf of Hoffa and his bosses in the mafia, Pennsylvania dons Russell Bufalino and Angelo Bruno. Sheeran was Bufalino’s right-hand man and main muscle in both union and street activity. He died of natural causes in 2003. Bruno’s headline-grabbing March 1980 assassination left McCullough unprotected.

McCullough was slain gangland style in his own kitchen months later, five years removed from Hoffa’s own gangland disappearance and murder. Both organized labor leaders were killed over disputes related to their respective unions. Hoffa vanished from a suburban Detroit restaurant parking lot on the afternoon of July 30, 1975. His remains have never been found. He was feuding with the mob regarding his desire to run for re-election for the Teamsters’ top seat following a prison sentence.

The Irishman, slated for a 2018 theatre release and a 2019 Netflix debut, is based on the 2004 New York Times best-selling book I Heard You Paint Houses written by Frank Sheeran’s attorney Charlie Brandt. In the book, Sheeran dubiously claimed he was the triggerman in the Hoffa hit.

Al Pacino will be playing Hoffa in the film and Robert De Niro is cast as Sheeran. Harvey Keitel will portray Angelo Bruno and Joe Pesci will play Russell Bufalino

A key ally of Philly’s “K&A Gang” or Irish mafia, McCullough was shot to death on the evening of December 16, 1980 by Irish mob figure Willard (Junior) Moran, allegedly on orders from Philly Italian mafia lieutenant Raymond (Long John) Martorano. In the months preceding his murder, McCullough had butted heads with the local Italian mafia over his desire to move in on Atlantic City’s then-burgeoning hotel and casino industry.

Junior Moran turned witness for the government and testified against Long John in court. For the McCullough homicide, Moran dressed as a deliveryman bringing the McCullough family a Christmas present.

Martorano, one of the east coast’s largest wholesale narcotic traffickers in his heyday, represented the Bruno-Scarfo crime family’s interests with several of Philadelphia’s other street factions, including the Irish mob, the Greek mob, the Black mob and the area’s biker gangs. He was convicted in both a drug case and the McCullough slaying in the 1980s, however, had the murder conviction overturned and was released from prison in the fall of 1999. Once back on the street in the early 2000s, Martorano tried infringing on already spoken for Bruno-Scarfo rackets and wound up getting shot to death in an unsolved 2002 mob execution.