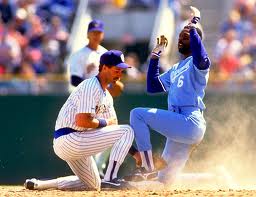 The Kansas City Royals are in the World Series for the first time in almost three decades.

People in KC feel like it’s the 1980s all over again, back when the Royals were perennial contenders for the crown (eventually raising a Series banner in 1985 with the likes of Hall of Famer George Brett and Cy Young-winner Brett Saberhagen in the lineup).

One of the darker sides of that success experienced in the 1980s was the 1983 drug scandal that engulfed the organization in a firestorm of bad press.

Immediately following the conclusion of the ’83 campaign, four members of the Royals, centerfielder Willie Wilson, first baseman Willie Aikens, pitcher Vida Blue and outfielder Jerry Martin, were all arrested  and eventually convicted for attempting to purchase cocaine and forced to do time behind bars. During the final weeks of the season, they were part of a group of players called in front of a federal grand jury looking into drug use inside the Kansas City organization. 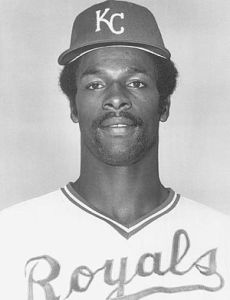 Their three-month incarceration stints in the offseason in a medium security correctional facility in Fort Worth, Texas made them the first MLB players to serve prison sentences while still active.

Originally suspended for the entire 1984 season by then-MLB Commissioner Bowie Kuhn, they appealed the punishment and had their suspensions reduced to six weeks.

The Royals went on to cut ties with three of their flake-fiend foursome, choosing to keep longtime lead-off hitter Willie Wilson, who went on to star on the ’85 World Series club, but vanquish Aikens, Blue and Martin. 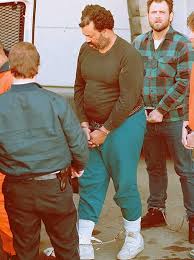 Aikens became the first player in major league baseball history with two multi-homer games in the World Series and played with the Toronto Blue Jays for the next two seasons before retiring and spiraling into more drug-induced despair. Convicted of selling crack cocaine and firearm possession in 1994, he wound up doing 15 years in prison on the charges, finally gaining his freedom in 2008. “I was a tremendous junkie,” he says. “When you are in a state of mind like that, you don’t see yourself like that. You’re in denial. You don’t see that you have become selfish, and you only think about yourself.” 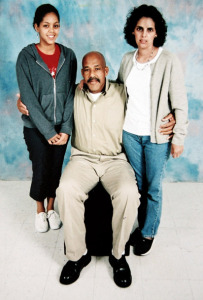 Martin played one more season in the Bigs with the NY Mets.

Both Aikens and Blue testified at the 1985 “Pittsburgh Drug Trials,” a series of courtroom sagas that took place in the Steel City spawning from a massive federal investigation into the rampant narcotics culture that was festering in locker rooms around Major League Baseball in the late-1970s and early-1980s.

At these same hearings, Mets All-Star 1st baseman Keith Hernandez testified that cocaine was “a demon in me.” He said he had used “massive” amounts starting in 1980  and had  developed an “insatiable desire for more.” Hernandez concluded that there was a “love affair” between baseball players and cocaine in the early 1980s, a fact evidenced by the amount of forthcoming league suspensions and drug-related legal issues that followed the hearings .

The probe mainly focused on teams on the East Coast and in the Midwest and resulted in Philadelphia drug dealer Curtis Strong and six co-conspirators being convicted of supplying several different MLB squads with cocaine from his role as a clubhouse caterer with the Philadelphia Phillies. Eleven different players were nailed with suspensions in the wake of the investigation, including MLB All-Stars, Dave Parker, Lonnie Smith and Joaquin Andujar. Unfortunately, this was not the end of cocaine abuse in MLB, as evinced by the sad stories of Dwight Gooden, Darryl Stawberry and others to come afterward.

Willie Aikens, the biggest casualty from the semi-tainted Royals glory era, now works for the organization as a minor league coach.