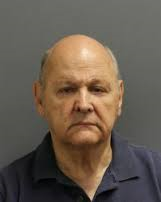 NJ wiseguys get “Back in the Game,’’ indicted in multi-million-dollar gambling ring

The Tribeca Spa of Tranquility in New York wasn’t so tranquil earlier this month when police raided the day-rejuvenation clinic in New York City, part of a wide-scale illegal bookmaking operation spawning out of Bergen County in New Jersey and alleged to have been taking in millions of dollars a year in profits.

The lead defendant in the case, which saw 29 individuals arrested and $800,000 cash seized, is high-level New Jersey mob associate Gary (Baldy) Latawiec, described by law enforcement and street sources as “one of the biggest bookies and sports handicappers in the country,” who uses the spa as a hangout and whose wife owns it.

Titled “Operation Back in The Game,” the indictment named Latawiec, 76, and Anthony Pintabona, 72, of Secaucus, New Jersey, as overseers of the operation and some two dozen workers that took bets on college and professional sports and horse racing and then laundered the proceeds.

Bergen County Judge Lilliana DeAvila-Silebi ordered both Latawiec and Pintabona, each quite familiar with the criminal justice system from past brushes with the law, held on the charges, setting bail at one million dollars apiece.

This is Pintabona’s third gambling-related collar in the last six years – he was convicted after busts in 2008 and 2013, respectively.

Latawiec is of Polish ancestry and has been on law enforcement’s radar for several decades, considered by the FBI as an associate in New Jersey’s wing of the Genovese Crime Family as far back as the 1970s. Informants tell the Feds that Latawiec has moved in circles with powerful Genovese New Jersey capos like Tino (The Greek) Fiumara, Angelo (The Horn) Prisco and Ludwig (Ninny) Bruschi. In one New Jersey State Police report from 1978, Latawiec was said to be delivering gambling proceeds and tribute payments to Genovese lieutenant Anthony Cirillo. Sources close to the current case, peg Bruschi as his current contact with the Genoveses’.

The last time Baldy Latawiec was behind bars was in the 1990s due to back-to-back gambling and racketeering-related convictions that first saw the crafty sports-betting czar busted in 1992 for running a 1-800 telephone call-in ring based jointly out of New Jersey and Costa Rica and then the following year, once again, for similar activities while locked up in a federal prison.