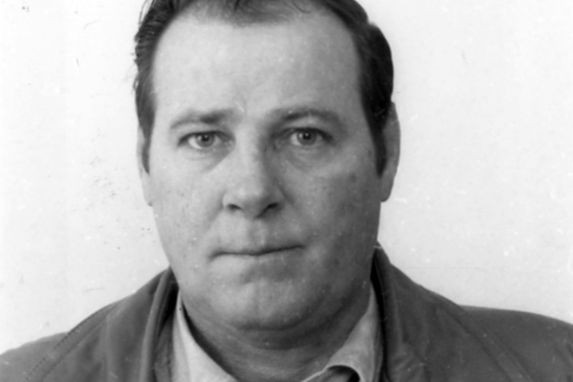 After decades of avoiding death by unnatural causes in the treacherous Canadian underworld, Richard Matticks, the reputed leader of Montreal’s Irish mob known locally as the West End Gang, succumbed to cancer late last week. He was 80 and alleged to head the notoriously brutal West End Gang alongside his brother Gerald.

The Matticks brothers grew up with 12 siblings (many going on to become their henchmen) in the working-class suburb of Goose Island, in a neighborhood that rested at the foot of the Victoria Bridge near Griffintown. They got their start hijacking trucks, pulling off high-end robberies, basic smash-and-grab jobs and risky bank and armored-car heists, according to Royal Canadian Mounted Police documents.

“Richie” Matticks’ first major bust took place in 1957 when he was convicted for a series of truck-hijackings and home invasions and did two years in prison. He racked up some two dozen more arrests in his criminal career, stemming from assault, burglary and receiving stolen property in the 1960s and 1970s and drug-related offenses in the 1980s, 1990s and into the New Millennium. The RCMP also suspected the Matticks brothers in being involved in gambling, extortion and loan sharking as well.

Both Richard and Gerald Matticks were named as “prominent” gangsters in the Montreal area in a 1980 Quebec Crime Commission Report on Organized Crime in the province. Years earlier, they had aligned themselves with West End Gang kingpin Peter (Dunie) Ryan and his No. 1 lieutenant Allan (The Weasel) Ross, the then-overlords of the local Irish crime syndicate, originally becoming acquainted with each other by the Matticks brothers approaching Ryan and Ross for help with washing their increasing illegal-cash flow, per RCMP records.

Ryan was killed in 1984 (his murderers , a duo of renegade French-Canadian mobsters, quickly thereafter slain themselves in an apartment bombing less than two weeks later). Ross was imprisoned in the 1990s – eventually convicted of three narcotics conspiracies and a murder, sentenced to life behind bars –, leaving the Matticks boys in charge.

Their strength was bridging gaps between organizations and being able to bring together and do business seamlessly with multiple criminal factions, such as the biker gangs, like the Hells Angels and their bitter-rival the Rock Machine and the region’s various Italian and Sicilian mafia clans. While war engulfed many of the groups around them, the Matticks’ and the West Gang stayed out of the fray and sidestepped a great deal of the violence that shredded many of their fellow Canadian crime syndicates.

In 1992, Richard was hit with another hijacking charge, collared for stealing $150,000 worth of merchandise off a truck near the Montreal airport. Indicted two years later in 1994 on drug-smuggling charges, the case is eventually marred with allegations of police and prosecutorial misconduct, leading to the Matticks brothers walking and a political scandal erupting. The drug shipments were coming through the Port of Montreal on industrial ships, the docks of which law enforcement in Canada contended the Matticks’ controlled and taxed and possibly still do. The bust was highlighted by a 26-ton seizure of hashish.

Richard Matticks wouldn’t be out of police custody for long. In 1997, he was nailed for intent to distribute 8 kilos of cocaine and did five years of prison time. As recently as 2013, Matticks and his younger brother Gerald (74) were cited as co-conspirators in a U.S. federal drug case out of New York, related to wholesale marijuana shipments. The Matticks family is well known in the communities of Griffintown and Pointe-St-Charles, ethnic enclaves of southwest Montreal.

For the past several years, the Matticks brothers have been headquartering the West End Gang’s operations out of the Do Drop In Bar. “Gerry” Matticks was recently released from prison on a drug conviction.