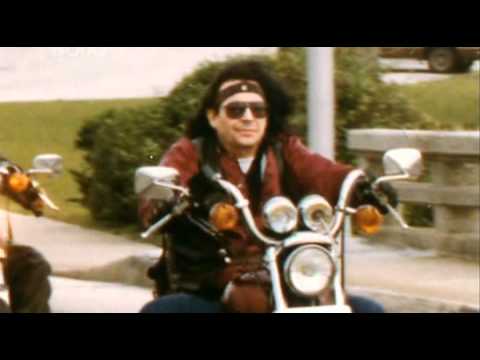 The Outlaws Motorcycle Club and the mafia in Detroit almost went to war in the early 1990s when Outlaws boss Harry (Taco) Bowman began muscling in on a series of dice games belonging to the notorious Giacalone crew. Bowman eventually backed off and soon both sides of the feud were in handcuffs and had more to worry about with the feds than they did in each other.

Bowman was indicted on racketeering and murder charges in a case out of Florida 20 years ago this week in August of 1997. Anthony (Tony Jack) Giacalone and Vito (Billy Jack) Giacalone, the faces of the Detroit mob on the street for a half-century, were hit with their own racketeering case the year prior. Reputed current Detroit mafia don Jack (Jackie the Kid) Giacalone, Billy Jack’s son and Tony Jack’s nephew, was on his way up the ranks of the local underworld in the 1990s and played a central role in the mob-biker beef of that era, according to federal court filings and FBI audio surveillance transcripts.

Starting in the 1970s, the Giacalone brothers began doing business with area biker gangs – both Bowman’s Outlaws and the homegrown Highwaymen Motorcycle Club -, outsourcing muscle work to them and teaming in gambling endeavors and narcotics transactions. The Outlaws is the preeminent biker gang in the Midwest and throughout the American South. During Bowman’s tenure as the club’s president (1984-1999), the Outlaws’ international headquarters was moved to Detroit and Bowman grew to be considered a biker god among his droves of staunch loyalists and lackeys.

Per court records, in 1991, Bowman butted heads with Jackie Giacalone over a number of floating craps games being organized and run by a string of Middle-Eastern wiseguys who had traditionally paid the Giacalones protection money as a fee to operate without hassle, but were choosing to pay Bowman and the Outlaws instead. The Giacalone brothers responded by placing a murder contract on Bowman’s head, assigning the wet work to Nove Tocco and Paul (Big Paulie) Corrado, back then a pair of eager-to-please foot soldiers trying to climb the ladder of the local Italian crime family

For months, Tocco and Corrado tried unsuccessfully to carry out the contract. They soon became frustrated and suspicious and their musings and conversations were intercepted by an FBI bug installed in Tocco’s car. Tocco even sought counsel from his dad, Paul, his brother Joe and his uncle, Anthony (Tony Z) Zerilli, at that time the Detroit mob’s underboss. Paul Tocco married Tony Z’s sister.

Below is a conversation between Nove Tocco, Joe Tocco and Paulie Corrado recorded on the morning of April 23, 1991:

N. Tocco -Something’s going on here that’s not right. I don’t know exactly what it is right now, but things ain’t sitting right with me. Uncle Tony warned me yesterday about Taco.

Corrado – What did he say?

N. Tocco – He says something’s not right. He says this story’s not right. Something is wrong with the whole thing

Corrado – In what way?

N. Tocco – He says he don’t whether its Jackie for sure, but something’s not right about this fucking story. He thinks Jackie might be playing us into Taco for his own reasons.

J. Tocco – ‘Cause Jackie feels Taco is a threat to Jackie.

N. Tocco – Yesterday when I went to pick up some vinegar from my father (mafia soldier Paul Tocco) he says ‘I’m glad you’re here, I want to talk to you alone’. Now he starts telling me that this whole thing feels wrong to him too. He wants to corner Tony Giacalone and make him get to the bottom of it. From what he can tell, they backed off because they wanna know how much Jackie knows about all this. He says, Jackie gave up a craps game and Taco and his boys took it. I said, I thought it was two separate games. He says, ‘How the fuck does Jackie let Taco take his game?”. And then he says,’From what I here, Tony Jack is pissed about it. He tells me he thinks fucking Jackie is pushing you and me at Taco. This came out of his mouth, okay?

J. Tocco – I told you I believed that from the start

The Giacalones lifted the murder contract off Bowman’s life in the aftermath of Jackie and Billy Giacalone getting busted for bookmaking and getting sent to prison. According to state police documentation, a Giacalone crew lieutenant named Frank (Frankie the Bomb) Bommarito, the Detroit mob’s longtime emissary to the Southeast Michigan biker world, helped arrange a sitdown between Bowman and Tony Jack that quelled tensions. Bommarito helped Bowman hide from the law as a fugitive in the late 1990s.

Tocco, Corrado and the Giacalone brothers all went down in the infamous 1996 Operation Game Tax indictment. Tony Jack died before he ever saw a courtroom, while Billy Jack, Nove Tocco and Paulie Corrado were each found guilty at trial. Facing a stiff prison term with the Game Tax bust being his second federal felony conviction in a decade, Tocco turned government informant and entered the Witness Protection Program.

Billy Giacalone died of natural causes in 2012. Corrado did a dozen years in prison on the Game Tax case and is reportedly “out of the Life.” His dad, Dominic (Fats) Corrado, served as a captain in the Detroit crime family from the 1950s until his death of cancer in 1985.

The main combatants in the Motor City’s lone mob-biker beef, Taco Bowman and Jackie Giacalone, both 67, remain alive. Bowman is in the can and won’t be getting out – he doing life following a guilty verdict at a 2001 trial in Tampa. Once Bowman was off the streets, the Outlaws international headquarters returned to Illinois. Authorities believe Giacalone assumed the throne as boss of the Detroit mafia in 2014 after a stint as acting boss and street boss.