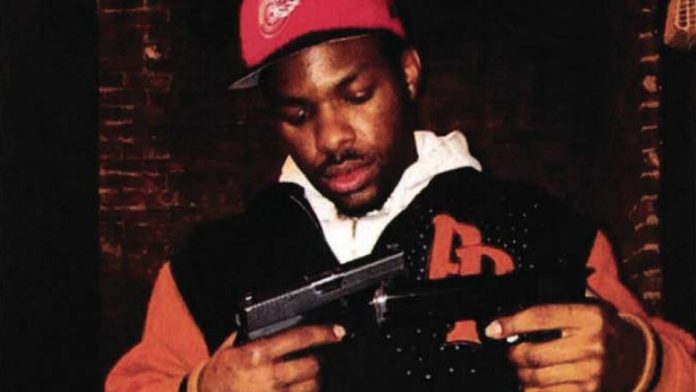 September 3, 2022 — Gangster Disciples member Pierre (Javonte the Juice Man) Robinson man found guilty this week of first-degree murder in furtherance of a racketeering conspiracy by a federal jury in Chicago. The 29-year old Robinson killed Glenn Houston on December 23, 2014 to “enhance his status” within the GD organization. He was indicted in 2018 while in the middle of serving a 3-year sentence for gun crimes. Houston, 23, was gunned down inside a grocery store on E. 79th Street in the Windy City’s Chatham neighborhood.

Robinson belongs to a GD faction known as the “Evans Mob” or “Gutta Gang” based on the South Side of Chicago. Before his indictment by the feds, the “Juice Man” took three illegal-gun arrests and had done state prison time.

The Gangster Disciples were started on Chicago’s South Side in the 1960s and founder Larry Hoover still leads the organization today from his Supermax prison cell in Colorado, according to the federal government. The organization branched out of Chi-Town in the 1980s and today have outlets across the Midwest, East Coast and Down South and membership numbers in the tens of thousands.