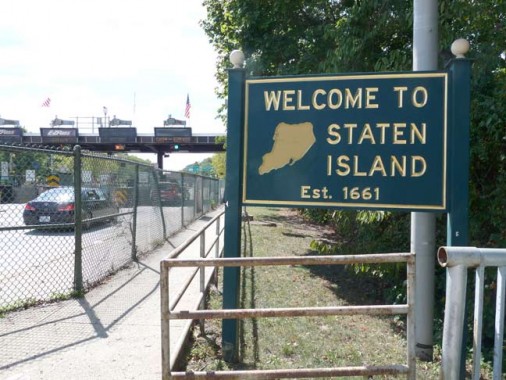 New York City drug lord Harvey (Big Black) Christian was sentenced to 50 years in federal prison earlier this month for his role in leading a Staten Island crack cocaine empire run out of the Park Hill Projects in Clifton for upwards of 20 years. His younger brother, Anthony (Nitty) Christian, was smacked with a life sentence last summer. The pair were convicted together at a 2014 trial and maintained alleged ties to the legendary New York hip-hop clique and rap super group, the Wu Tang Clan. A majority of the Wu Tang Clan members hail from former Christian brothers crew territory in Staten Island.

Two Wu Tang Clan rappers, Robert (RZA) Diggs and Corey (Raekwon the Chef) Woods, were investigated for ordering a pair of revenge killings in the summer of 1999 after their relatives were robbed, probed for utilizing their links to the Christians’ organization to seek their wrath on the suspected assailants. The revelations were unearthed in an FBI dossier kept on Wu Tanger Russell (Ol’ Dirty Bastard) Jones released five years ago. “ODB” died of a drug overdose in 2004.

The Christian brothers and their drug kingdom were connected to the Bloods street gang out of Los Angeles and ruled the Park Hill projects from the early 1990s until the summer of 2011 when the Christians and most of their lieutenants were indicted in a racketeering, narcotics and murder case. While “Nitty” Christian was directly linked to homicides in the indictment, “Big Black” Christian wasn’t.

The Christians’ organization was under the Gangsta Killers Bloods banner until 2009 and the murder of GKB leader Jermaine (Big Den) Dickerson at which point they moved under the Valentine Bloods banner led by Anthony (N.O.) Britt. Following their June 2011 indictment, Britt flipped and was one of the star witnesses at the Christians’ trial three years later.

The FBI had informants tell them “RZA” Diggs and “Raekwon the Chef” issued murder contracts on the Christian brothers’ Park Hill gangland rivals, Jerome (Boo Boo) Estella and Corey (Shank Bank) Brooker after Estella allegedly robbed Diggs’ younger brother of a diamond-studded chain at Brooker’s behest and Brooker himself reportedly robbed Woods’ cousin of cash and jewelry. The 17-year old Estella, who had recently returned to the neighborhood following a stint in a juvenile detention center and was part of a rival Bloods faction on the street led by Brooker, was gunned down in the Park Hill projects on July 19, 1999. Brooker, 26, was slain three days later on June 22 in nearby Stapleton getting out of his car.

One federal snitch told of RZA placing a $30,000 bounty on Brooker’s head. The Christian brothers’ top hit man Brian (Trigger Trev) Humphreys admitted to killing Estella and Nitty Christian, 44, was found guilty of a being the head of the homicide conspiracy and providing Humphreys the murder weapon. “Trigger Trev” Humphreys, arrested the night Estella was killed, and Paul (Unc) Ford, the Christian brothers’ second-in-command and primary supplier, were the most damaging witnesses at the Christians’ trial two years ago. Humphreys copped to five additional murders as part of his plea deal.

Humphreys and Ford each fingered Diggs in seeking out Nitty Christian’s help in tracking down and murdering Estella and Brooker, already on bad terms with Nitty and his big bro from a turf dispute. Ford heard that RZA had another hit man bump off Brooker and paid the murderer the 30k as offered. Per his own debriefing, Ford discussed the situation with RZA personally on more than one occasion, Nitty sanctioned the contracts on Estella and Brooker and Humphreys lived up to his nickname, eagerly volunteering to handle the wet work – because of his arrest so shortly after the Estella job, he never got the opportunity to go after Brooker resulting in RZA giving the contract to a man identified simply as “Phife.”

Rumors began floating around in 2015 that the FBI was thinking about re-opening homicide probes into Diggs and Woods and re-investigating their possible involvement in the Estella and Brooker rub outs back in the 1990s. More rumors emerged this past summer that the feds had closed any inquiry they had going.

Big Black Christian, 45, denied any participation in the slayings of Estella and Brooker at this month’s sentencing hearing, calling them his friends. The Christians beat murder charges in 1997 related to a shotgun slaying two years prior. Attorneys for Nitty Christian tried using the “Wu Tang angle” as grounds for appealing his first-degree homicide conviction.

Several members of the Wu Tang Clan have gone on to achieve solo-career success and mainstream pop-culture fame. ODB, Method Man, GZA, Ghostface Killah and Raekwon the Chef all released acclaimed solo projects and RZA and Method Man have crafted acting portfolios in Hollywood. RZA has appeared in such popular films as American Gangster, Funny People, Ghost Dog and Due Date and wrote and directed the 2012 Russell Crowe-starring vehicle,The Man With The Iron Fists. Method Man has had roles in Belly, How High, Garden State, The Wackness and critically-acclaimed HBO television series, Oz and The Wire.