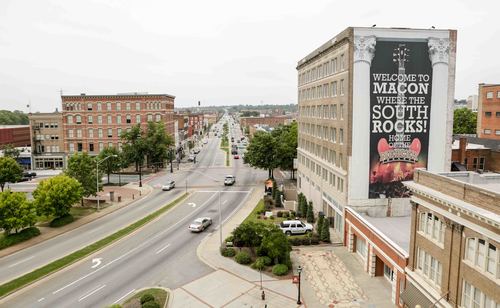 According to federal informants and court filings, Dixie Mafia boss John (J.C.) Hawkins had Jimmy Reeves, a witness against him in a pending theft case, murdered in 1974, two years before he put a hit out on Southern Rock god Gregg Allman, the founder and leader of The Allman Brothers Band for testifying in the trial of Hawkins’ former bodyguard. The Jimmy Reeves homicide has never been solved, although it was a predicate count in Hawkins’ 1976 racketeering indictment.

The 69-year old Allman died this weekend of liver cancer in Savannah, Georgia. J.C. Hawkins ran the Macon, Georgia wing of the loosely-intertwined Southern crime syndicate known as the Dixie Mafia in the late 1960s and a big chunk of the 1970s until a racketeering conviction ended his reign in 1977. Started in Florida, the Allman Brothers Band based its affairs out of the Macon area during that time period and split up in the wake of Gregg Allman’s problems with the Dixie Mafia.

Allman, who helped convict his band’s tour manager John (Scooter) Herring, a one-time lieutenant working under Hawkins prior to going into the entertainment field, of drug trafficking in 1976, survived the Dixie Mafia’s wrath and was never harmed despite Hawkins’ widely-reported intent to wipe him off this earth before he could take his seat on the witness stand. Jimmy Reeves wasn’t so lucky.

Reeves was a lieutenant of Hawkins’ and on September 24, 1973 helped Hawkins and his Dixie mob crew steal two pieces of construction equipment from a construction site near Atlanta and then the following day summoned him to help sell it on the black market. Unbeknownst to Hawkins, Reeves was a confidential informant for the Bibb County Sherriff’s Department and Hawkins was indicted for the heist.

On the morning of May 27, 1974, Reeves skipped breakfast with his wife and rushed to a meeting at a nearby church parking lot, where he was shot-gunned to death inside his pickup truck. Ballistic reports showed that he had been killed at close range.

In the weeks preceding Reeves’ slaying, another Dixie Mafia turncoat recalled to investigators Hawkins’ commenting that he had backed out of a deal for hot antique watches and guns with Reeves because he was a “fink son-of-a-bitch” and that prosecutors “won’t have a witness” when his trial on stealing the construction wear comes about. Two days after the Reeves hit, the informant was present at a conversation between J.C. Hawkins and his brother and lieutenant Recea (R.C.) Hawkins pertaining to the details of Reeves’ execution in which R.C. Hawkins admitted being the triggerman.

“First shot out of the barrel and he didn’t know what was happening, he never saw it coming,” R.C. Hawkins allegedly said to his brother in response to J.C. asking for specifics.

An eyewitness placed R.C. Hawkins’ car, a blue-colored Oldsmobile parked on a dirt road across from the church parking lot in the time surrounding the murder. R.C. Hawkins would go on to be indicted alongside his brother in the spring of 1976 and subsequently